After Coronavirus Cancellation, Is Ohio Doing Enough to Make Its Mail-In Election Fair?

Voting rights groups warn that the confusing mail-in process will disenfranchise voters on a large scale. 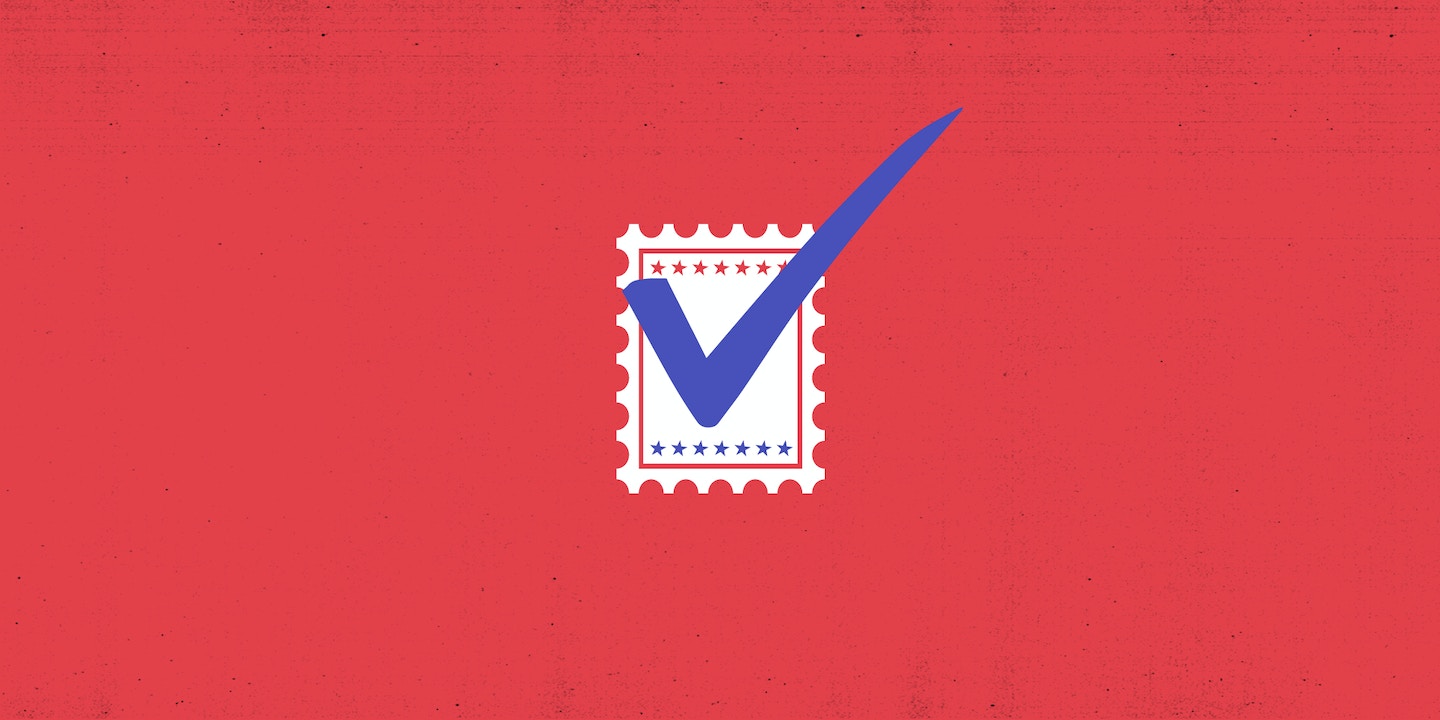 With the coronavirus pandemic upending the Democratic primary season, states are scrambling to figure out how to safely hold their elections. In Ohio, state lawmakers approved a plan to hold an extended, vote-by-mail primary election through April 28, while shutting down almost all in-person voting. Now, out of necessity, Ohio has joined the handful of states that already primarily conduct elections by mail. But voting rights groups warn that the confusing, multistep process will disenfranchise voters on a large scale.

On the eve of Ohio’s scheduled March 17 primary election, Republican Gov. Mike DeWine announced that the state’s public health director would order that polls be closed to prevent the spread of the virus, defying a court ruling. DeWine’s decision to halt in-person voting followed days of pressure for the four states scheduled to vote to postpone their primaries. Instead, Ohio gave voters just over a month to apply for a ballot and mail it in.

A coalition of voting rights organizations, including the League of Women Voters of Ohio, has now sued the state over its “cumbersome vote-by-mail process,” arguing it poses “unlawful barriers” that will hit black and brown voters the hardest. In addition to concerns about the process itself, advocates are demanding the state extend the voter registration deadline. Only Ohioans who registered to vote by the February 18 deadline are eligible to vote in the primary election; voting rights groups say that, under the National Voter Registration Act and Ohio Constitution, that deadline should have been extended. Under this new process, thousands, if not millions, of Ohioans will give up or not be able to cast a vote at all, said Jen Miller, executive director of the League of Women Voters of Ohio.

“You can’t just blink your eyes and have an all vote-by-mail election, it doesn’t work that way,” Miller said. “Primarily vote-by-mail states have eight to 10 weeks of the process, not four. Voters get ballots, there’s no application process. There are usually drop boxes and vote centers throughout counties. So the bottom line is: This country, this state, is not equipped to run elections during pandemics and emergencies — we need to upgrade and update our election systems today.”

Applications must be received by the county’s board of elections before noon on April 25. But some fear the tight deadline might not give people enough time to fix any mistakes that happen along the way. Both the state’s governor and secretary of state were in favor of a June 2 primary, but the Republican-controlled state legislature went ahead with the rushed timeline anyway. “Many people still think that Election Day is on June 2, others think they’ll be able to go vote in person, which we know is not true, and many people are struggling to get their ballots in time,” Miller said.

Morgan Harper, the 36-year-old progressive taking on Democratic Rep. Joyce Beatty in Ohio’s 3rd Congressional District, says the process amounts to a poll tax. “You have to have additional resources to be able to exercise your right to vote,” Harper said. “It’s going to be a barrier for people always but particularly during a global health pandemic. We’re advising people to not really leave their homes.”

Harper pointed to lower-income voters, college students facing campus closures, and the elderly as some of the groups that face significant barriers to vote in the upcoming election. Lower turnout among historically disenfranchised communities could also end up tilting results toward the incumbent lawmaker.

“Another issue that we’re concerned about as well is for the immigrant population: 11 percent of the 3rd District is foreign-born, and a lot of people rely on translators to help them navigate the process for voting that was available at early voting before our original Election Day,” Harper said. “But in this moment, where we have stay-at-home orders and people can’t safely go to other people’s homes to help talk them through that ballot request application, it’s not clear whether they’re going to be able to get through this process on their own.”

To try to make the process easier and more accessible, Harper’s campaign is hand-delivering absentee ballot applications to voters in the 3rd District. Voters can visit the campaign’s website and fill out a simple form to get the application, along with an envelope, at their doorstep. So far, the campaign has received over 2,000 requests.

“This is extremely confusing and for the average person who has a lot going on, new stressors entering their life every day right now, it might be too much to navigate to actually go through this process. So we need to make this as simple as possible and try to cut down on some of these extra steps for people,” she said.

Aside from broader, systemic solutions like automatic voter registration or making Election Day a national holiday, Harper believes the process could have been streamlined by scrapping the paper application request altogether. “It’s archaic,” she said. Making the absentee ballot request process “completely digital” and “mobile-friendly,” in addition to providing voters with prepaid postage, she added, would “enfranchise a lot more people.”