PPP loans were approved for a number of corporations whose executives have donated to Trump’s campaign, as small businesses struggled to access the funds. 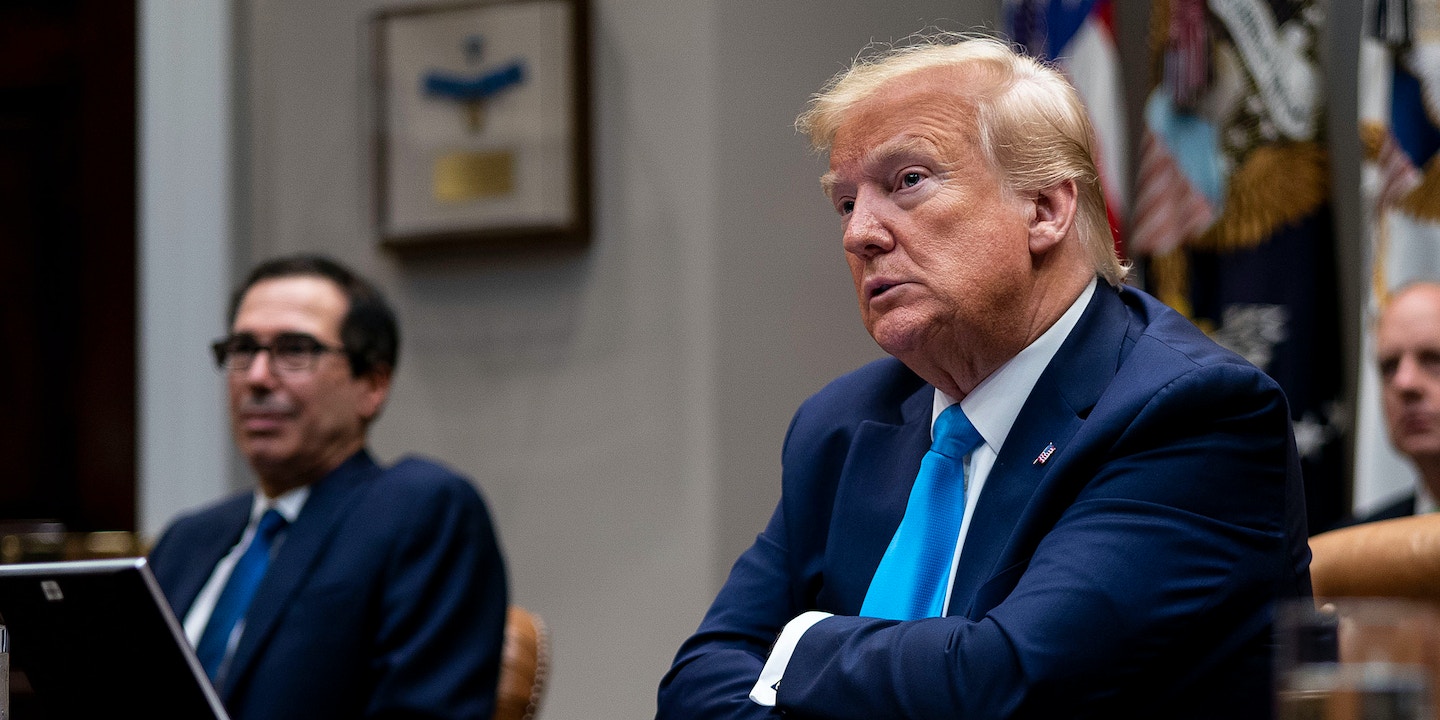 Major donors to President Donald Trump’s presidential reelection campaign have won coveted loans from the Paycheck Protection Program, the new government effort to provide a lifeline to small businesses under duress because of the coronavirus pandemic.

The loans, which are converted to grants if payroll is maintained and other, sometimes unclear, conditions are met, have been out of reach for tens of thousands of small business owners, many of whom have faced delays and denials. But PPP loans have been swiftly approved for a number of corporations whose executives have donated heavily to Trump’s campaign, Securities and Exchange Commission records show.

The largest known recipient of small business rescue money has been a set of luxury hotels run by Archie Bennett and his son Monty Bennett. The pair have obtained over $59 million in PPP funds for Ashford Hospitality Trust and Braemar Hotels & Resorts, holding companies used to own and manage a range of hotels, including the Ritz-Carlton in St. Thomas. The companies were eligible for PPP loans because the program was intentionally designed to benefit large franchise owners of restaurants and hotels operators, as long as each location employs 500 people or less.

The father and son are also megadonors who have given nearly half a million dollars to Trump since 2016 and over $1.3 million to GOP politicians and groups in recent years. The company, disclosures show, also sought professional influence.

Just days after the passage of the CARES Act, the sweeping bailout law that enabled the PPP program, the Ashford Hospitality Trust signed a lobbying contract with Jeffrey Miller, a lobbyist and fundraiser who has raised $1,494,000 for Trump’s 2020 reelection. Miller went to work attempting to influence the Small Business Administration and Congress on behalf of his client, records show, to obtain a share of the bailout money.

They weren’t the only ones with a financial inside track to the Trump administration.

Continental Materials Corp., a construction equipment product company, received $5.4 million in PPP loans. The firm is owned by the family of Ronald Gidwitz, who has donated $50,000 to Trump and over $109,000 to the Republican National Committee in recent years.

Jarrett Streebin, the founder and CEO of the shipping and tracking start-up EasyPost, gave $105,600 to Trump last year, utilizing a joint fundraising PAC. Streebin’s company obtained “a few million dollars in a PPP loan,” according to an account in the Wall Street Journal.

Nikola Motor Company, a startup that develops electric trucks, received $4.1 million in PPP loans. The company is run by Trevor Milton, a billionaire Trump donor. The hotel company owned by Gordon Sondland, the hotel magnate who donated $1 million to Trump’s inauguration, and later received an ambassadorship from the president, received PPP loans.

The PPP program has been mired in controversy since it was launched. Though the program, originally funded with $349 billion through the CARES Act, was publicized as aid to struggling small companies, it ended up benefiting large companies — and ran out of money in just two weeks.

Many large banks reportedly gave preference to wealthy customers. JPMorgan Chase, for instance, awarded nearly every high-income private banking customer a PPP loan who applied, while only 6 percent of the 300,000 retail small business customers who applied were able to receive a loan. Surveys from the National Federation of Independent Business show that only 20 percent of small businesses that applied received a PPP loan.

Data on loans analyzed by Reveal and New York Daily News suggests other inequities. Over half of the businesses that applied for the loans in Republican-leaning states such as North Dakota and Nebraska received approval. In Democratic-leaning states hard hit by the crisis, such as California and New York, the rates are 15 and 18 percent respectively.

Large PPP loans approved for major, publicly traded companies with access to other forms of credit have received negative attention in recent days. Shake Shack, for instance, has promised to return its $10 million PPP loan, while Ruth’s Chris Steak House has pledged to return the $20 million the company received from the program.

On Thursday, the House of Representatives passed renewed funding for the PPP program, injecting the program with another $321 billion. Given the dozens of lobbying firms that have recently registered clients seeking SBA relief, it’s unclear whether the next tranche of funding will last much longer than the first.