“Money Is as Much Mine as It Is Yours”: Weird Historical Echoes as an Elite D.C. School Gets a Bailout

Woodrow Wilson, race, class, and why Sidwell Friends got $5.2 million from the federal government. 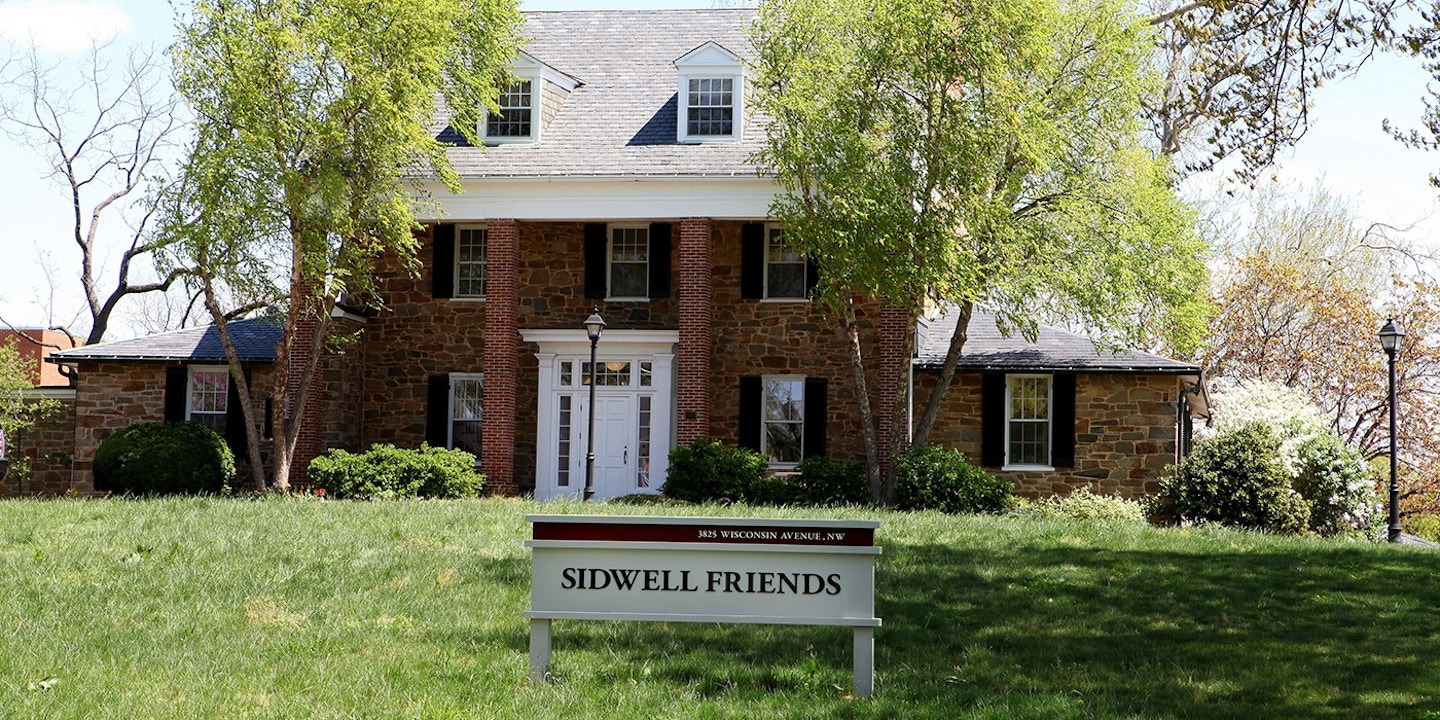 Sidwell Friends, an elite Washington, D.C. private school that has educated the children of four presidents, made news recently when it informed students and alumni that it had accepted a $5.2 million loan from the federal government’s Paycheck Protection Program. (The loan will shortly be converted into a grant as long as Sidwell follows the law’s guidelines.)

There is a subterranean 101-year-old connection between Sidwell happily cashing this big check and a previous incident when core questions about who deserves what in U.S. society were similarly on the table.

Among the alumni of Sidwell are Malia and Sasha Obama, Chelsea Clinton, and Julie and Tricia Nixon. Tuition there is now almost $40,000 per year. It reportedly has an endowment of $52 million. And its main administrative building is a famous D.C. home called the Zartman House, which is on the National Register of Historic Places. “Is the building important to American history?” asks Sidwell’s website. “Is it connected to prominent people in America’s past?”

The answer is yes. Cary Grayson, a Navy doctor who served as President Woodrow Wilson’s personal physician, lived in the Zartman House for decades; his widow sold it to Sidwell in 1955. Grayson kept a diary of his time with Wilson. His March 10, 1919 entry is a striking political document, and well worth reading. 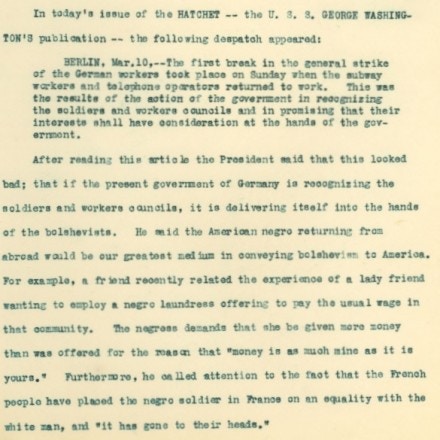 Wilson served in office from 1913 to 1921 and was super-duper racist even by the standards of the time. In his five-volume work “A History of the American People,” Wilson explained that after the Civil War, “The white men of the South were aroused by the mere instinct of self-preservation to rid themselves, by fair means or foul, of the intolerable burden of governments sustained by the votes of ignorant negroes.” This led to the founding of Ku Klux Klan, the night rides of which, Wilson said, “threw the negroes into a very ecstasy of panic … their comic fear stimulated the lads who excited it to many an extravagant prank and mummery.” Meanwhile, teachers from the north who’d founded new schools in the former Confederacy were encouraging “self-assertion against the whites.”

Grayson’s diary shows that Wilson was exactly the same in private as he was in public. As Grayson describes it, Wilson was concerned that day in March 1919 because the German government had promised to take the perspective of striking workers into account: “The President said … that if the present government of Germany is recognizing the soldiers and workers councils, it is delivering itself into the hands of the bolshevists.”

Even worse, Grayson says Wilson brooded, “the French people have placed the negro soldier in France on an equality with the white men, and ‘it has gone to their heads.’” This meant that “the American negro returning from abroad would be our greatest medium in conveying bolshevism to America.”

How did Wilson know this? Because “a friend recently related the experience of a lady friend wanting to employ a negro laundress offering to pay the usual wage in that community. The negress demands that she be given more money than was offered for the reason that ‘money is as much mine as it is yours.’”

This says a great deal in a few words about the upper-class nincompoops who run America. Perhaps something akin to Wilson’s story about the “negro laundress” actually happened. Nonetheless, it’s extremely unlikely that anyone looking for a job doing laundry in 1919 said to a prospective employer that “money is as much mine as it is yours” — i.e., a letter-perfect distillation of the nincompoops’ greatest fear. But whatever was said 100 years ago, that’s what the nincompoops heard.

That’s because foundational bedrock of U.S. ideology is about property. To the degree possible, it should be privately owned by individuals and corporations. Those who have much more than others have a moral right to it, and the government shouldn’t get involved to save the losers. Any blurring of these lines about who owns what and why is dangerous — so dangerous that just asking for a little more money than the market has determined you deserve is bolshevism.

These rules are ironclad and inviolable, right up until the moment they’d hurt rich, connected people. Then, as Americans have witnessed twice in the past 12 years, the rules suddenly evaporate. The government unlocks the U.S. Treasury and hands out trillions of dollars to the most powerful.

This brings us back to Sidwell Friends and its $5.2 million bailout. There was nothing illegal about it. There would never need to be, since the graduates of Sidwell and similar schools write the laws and know exactly how to get in line first.

And that’s why the idea of the lower orders thinking along those lines struck such deep fear into Wilson’s heart. The people at the top of U.S. society do genuinely believe “money is as much mine as it is yours” — whenever they want to help themselves to our money. They just don’t want us to get the idea that it could ever work the other way around.