With the World Focused on the Pandemic, Israel Prepares to Annex Large Swaths of the West Bank

This Israeli expansionism deserves far more attention in those countries, such as the U.S., which fund and enable it.

Today’s SYSTEM UPDATE episode about this topic can be viewed on The Intercept’s YouTube channel or the player below. 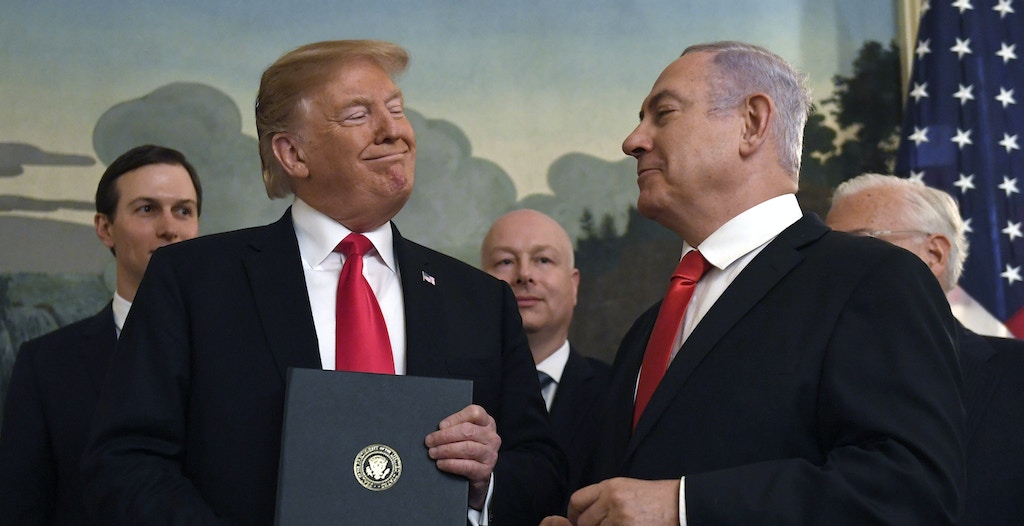 Israel is planning a move on July 1 that the international community has long regarded as one of the gravest assaults on the international order and international law: annexation of land that does not belong to it. The annexation plan developed by the Netanyahu government in consultation with the Trump administration would declare not only the decades-old settlements in the West Bank which the U.N. Security Council in 2016 declared illegal to be permanent Israeli land, but also other swaths of Palestinian territory, including the Jordan Valley, that is central to Palestinian agriculture.

There are multiple reasons why Israel is not just willing but seemingly eager to incur condemnations from the international community by proceeding with this plan. Prime Minister Benjamin Netanyahu is beset by political problems as he struggles to form a governing coalition for a new term and, even more importantly, by legal problems as he stands trial on felony charges of bribery and fraud. Emboldening the Israeli population and causing them to unite behind him in the face of international denunciations could distract attention away from those crises and solidify his hold on power.

Most importantly, Israel has become increasingly xenophobic, expansionist, militaristic, hostile to Arabs, and fascistic over the last decade. Aside from the Trump administration, its primary allies are no longer liberal democracies but Arab despots and far-right political movements in Central and Eastern Europe and in Latin America.

Illustrating the cultural and political shift among younger Israelis in particular, Netanyahu’s son, Yair, this week advocated that all minorities be removed — cleansed — from Tel Aviv. The Israeli left and even center are virtually nonexistent. That is the climate that now shapes Israel’s identity. Annexation of large chunks of the West Bank is, if anything, too moderate for a growing far-right Israeli movement that believes, on religious and militaristic grounds, that they are the owners of all of Palestine.

Regardless of motives, it is virtually certain that annexation of any part of the West Bank would trigger intense pressure in the west to impose serious sanctions on Israel. The last significant annexation took place in 2014, when Russia declared Crimea a formal part of its country, and that event triggered multi-level sanctions from the west despite the fact that a large majority of people in Crimea wanted to be part of Russia rather than Ukraine. Palestinians, needless to say, are virtually unanimous in their opposition to further control over their land and their lives by a foreign occupying government that grants them no political rights of any kind. Any attempt by the west to avoid sanctioning a post-annexation Israel would destroy whatever residual credibility is vested in their claims of a consistent system of international law.

This week’s SYSTEM UPDATE episode explores the implications of Israel’s annexation plan: what the fall-out would be both in Palestine and in the international community. This issue deserves far more attention that it has received, particularly in the U.S. where, pursuant to a 2016 agreement between the Obama and Netanyahu governments, billions of dollars in taxpayer money are transferred every year to the Israelis that enable this aggression.

Joining me to explore these questions is the long-time Palestinian human rights activist Omar Barghouti, one of the co-founders of the Boycott, Divestment and Sanctions (BDS) movement that is almost certain to see increased support if annexation occurs.

The episode debuts today at 2:00 p.m. on The Intercept’s YouTube channel. A transcript will be posted below after the show’s airing, and audio-only version will be available on Saturday