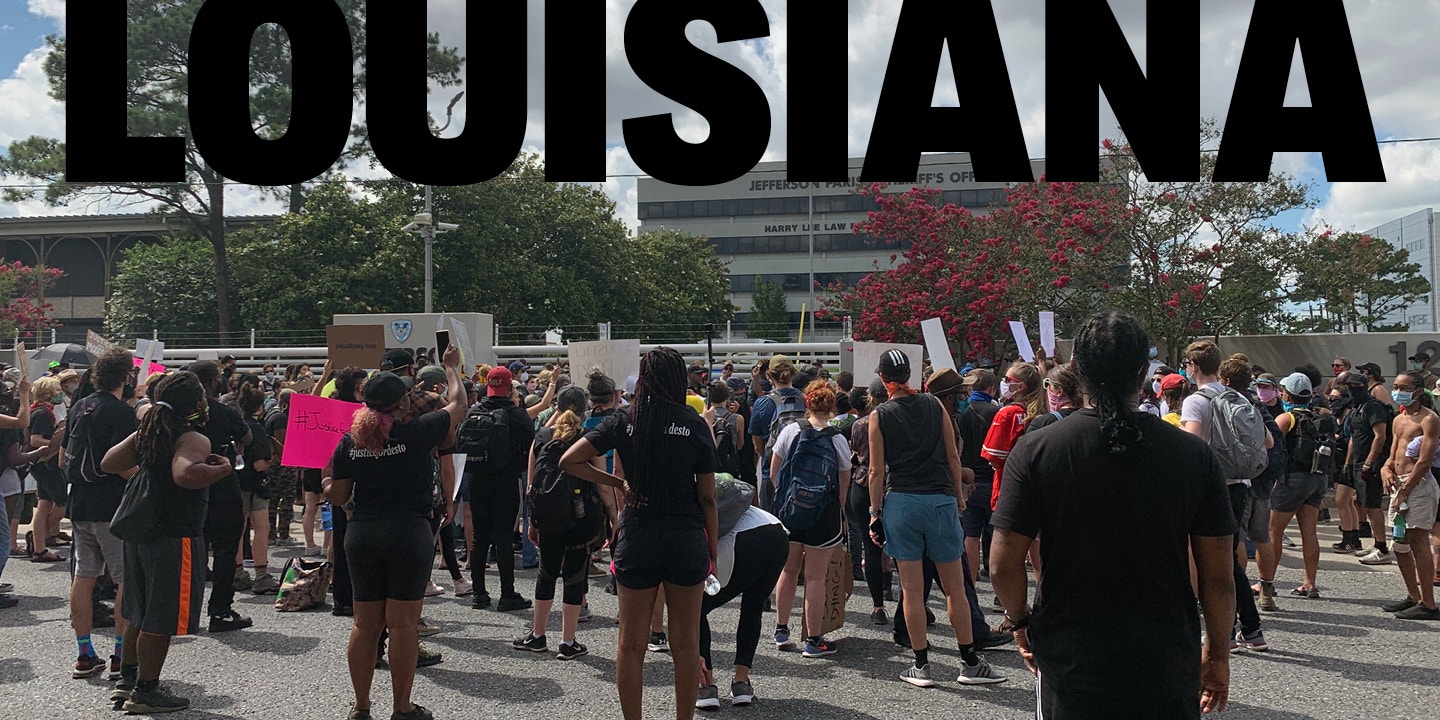 On the evening of Friday, March 20, Tiffany McGee, a resident of Jefferson Parish, Louisiana, just outside New Orleans, received a call from a nurse at the Tulane University Medical Center. Her 14-year-old son, Tre’mall, had been brought into the hospital with a gunshot wound. McGee rushed from her home in Terrytown in the West Bank over the Mississippi River to the hospital, where she was greeted by a deputy and a detective, who told her that Tre’mall was in their custody. “They wouldn’t allow me to see him,” said McGee. “They didn’t even try to explain to me what happened. They didn’t say what he was in custody for. They had me believing my child was shot in the street by someone and not an officer.”

As she would later find out, through her own investigation, Tre’mall had in fact been shot in the back by a Jefferson Parish deputy. After leaving the hospital, she called Nathan O’Quinn, the father of two boys who Tre’mall had been hanging out with that evening, to ask if his sons knew anything. O’Quinn hadn’t heard from either Ineis O’Quinn, 18, or Nijel Simmons, 16, so he and McGee met up to make a plan. “We know her 14-year-old boy was shot, so I’m thinking the worst,” O’Quinn told The Intercept.

Both O’Quinn and McGee have location trackers on their boys’ phones. Tre’mall’s phone brought them to the Westwego Police Department, on the West Bank across the river from Audubon Park in New Orleans. There they learned from an officer on duty that Tre’mall had been shot by a deputy of the Jefferson Parish Sheriff’s Office, or JPSO. The two called the juvenile center, the parish jails, and the sheriff’s office, as well as its detective’s division; they also knocked on the sheriff’s office doors. Nobody answered. Finally, later that evening, O’Quinn’s son Ineis called him from another police department, about six miles west of Westwego. Several hours later, O’Quinn received a call from the Rivarde Juvenile Detention Center, where Nijel had been brought in under charges of resisting arrest by flight. The next morning, McGee also received a call from the juvenile detention center. Tre’mall had been deposited there by deputies just after being released from surgery, and booked for resisting arrest by flight and illegal possession of a stolen vehicle. When McGee arrived to pick him up, the wound in his armpit had reopened, and staff had given him paper towels to control the bleeding. She took him back to the hospital to get stitched back up.

Until recently, the shooting had gone unmentioned by the local media or the JPSO. The sheriff’s office’s original report, viewed by The Intercept, makes no mention of a weapon being discharged or a minor being shot and dispatched by EMS to the hospital. Tre’mall’s admission form to the Rivarde Juvenile Detention Center lists him as 5-foot-6, 130 pounds, an eighth grader with a gunshot wound to his left arm.

McGee said she is speaking out after months of trying to get answers from authorities. In March, the state had just gone under a shelter-in-place order because of the coronavirus pandemic, and nobody was answering the phones at the JPSO. “I’ve been coming forward,” she said. “The whole month, I was calling the office, calling the office.” On the first day of Louisiana’s reopening, she said, “I was at the office, but they gave me the runaround.” She attempted to file a complaint but got passed around from department to department. It wasn’t until the JPSO came under scrutiny for other police shootings that she connected with a local civil rights lawyer, Ron Haley.

“He was an average little boy. He loved football. He can’t play sports now. Now he’s more of a hermit.”

McGee said Tre’mall suffers from tight pains and burning sensations in his back and arm, which doctors say he’ll experience for the rest of his life. “He was an average little boy. He loved football,” she said. “He can’t play sports now. Now he’s more of a hermit. He thinks the police are following him. He thinks they’re out to harass him. He doesn’t feel safe walking around.”

The incident comes to light as the JPSO, like police departments across the nation, faces a community forcing a reckoning with a long history of police killings and racism. Two days after George Floyd’s murder in Minneapolis, Modesto Reyes, a 35-year-old welder and rapper, was shot dead by a JPSO deputy after a traffic stop turned into a foot chase. Officers say Reyes was in possession of two guns; Haley, who is also representing the Reyes family, says eyewitnesses saw him with a phone in his hand.

On June 16, the JPSO rolled out a BearCat armored tank and over 50 officers in riot gear to stop a small crowd from blocking a highway ramp near the sheriff’s office building — which is named for the late Harry Lee, a notorious racist who ruled the parish as sheriff for 27 years. In 2006, Lee vowed to spend $400,000 on armored vehicles to police the streets, saying, “I’m going after the bad guys. At the end of the day, most of them will be Black.”

Over 100 people had gathered to protest Reyes’s shooting and the deaths of others at the hands of the JPSO, including Leo Brooks, shot and killed in Metairie in July 2019; Daviri Robertson and Chris Joseph, shot and killed in March 2018; and Keeven Robinson, who died of injuries consistent with compressional asphyxiation after a struggle with police in May 2018.

In these cases, the victim is not there to dispute the officer’s version of events. However, Tre’mall McGee survived his encounter with the JPSO and can testify to what happened on the night of March 20. Tiffany McGee declined to have her son speak with The Intercept without the family’s attorney present, but she, O’Quinn, and Haley separately explained what the boys had told them.

Tre’mall, Ineis, and Nijel say they left a party together with another boy, who offered to drive. At some point, police lights appeared behind the car, and the boys heard sirens. Unaware that the car was stolen, the three boys yelled for the driver to pull over, but instead he sped up before stopping, jumping out, and fleeing on foot. Ineis, Nijel, and Tre’mall also jumped out of the car and ran. When the officers caught up to Tre’mall, they told him to get on the ground and put his hands behind his back. When he did, according to the adults’ accounts, an officer demanded that he tell him where his friends were or he was going to shoot him. Tre’mall heard a gunshot and felt his body go numb. He’d been shot in the back. The bullet went through his armpit and exited through his arm.

An officer demanded that he tell him where his friends were or he was going to shoot him. Tre’mall heard a gunshot and felt his body go numb.

Meanwhile, O’Quinn said, officers chased Ineis down, slammed him into a fence and cuffed him, during which time he heard a gunshot ring out. Nijel told his father that he was hiding under a nearby shed when he heard the gun go off. Afraid, he called out to the officers and began climbing out, asking them why they’d shot his friend. One officer dragged him out by the foot while another kicked him in the stomach and the face, giving him two black eyes and a laceration beneath his arm. When he was cuffed and taken to the detention center, the arresting officers were told that he was too beat up to be booked. Nijel was taken to the hospital to be treated and then delivered back to the center.

Tre’mall, according to his mother, said that after he was shot, he was handcuffed and sat on the curb. Officers started to put him into the back of a deputy car when emergency medics showed up and transported him to the medical center.

The JPSO and its sheriff, Joseph Lopinto, have not responded to requests for comment. The district attorney’s office declined to comment, effectively invoking the Louisiana Children’s Code laws, which protect minors from being identified.

Though the police report says the three boys were Mirandized, each of them say they were not read their rights upon arrest, and it was hours before either of their parents was able to reunite with them. (The JPSO does not wear body cameras, which Lopinto has said is due to budgetary issues — though the force was able to afford two new BearCats, according to his 2019-2020 operating budget.)

Tre’mall and Nijel were set to be arraigned on June 25, but the proceedings were canceled at the last minute. Haley said the district attorney’s office is awaiting more information from the JPSO in addition to the initial report.

“It was as if there was a chase in a stolen car, they caught him, arrested him, booked him,” Haley said. “Nothing talking about an officer discharging a firearm. Nothing regarding Tre’mall being shot. I think that silence or that omission speaks a million words.”

On June 23, Lopinto held a press conference to address other recent shootings but did not bring up the McGee case until asked about it by a member of the press. “It could have been reported or not reported. It wasn’t something that was on my mind back then,” said Lopinto, who claimed that he visited the scene of the arrest. “I learned about it — well, not learned about it, because I was out there on the scene that night — but I learned it wasn’t reported last week when y’all brought it to our attention.” He cited the first wave of coronavirus cases happening at the time as reason for his lack of attention to the matter.

“If [Lopinto] was on the scene that night, I’m absolutely troubled that the head of law enforcement from the sheriff’s department was there, and this was not reported in the documents,” said Haley. “I don’t see how that happens and you look at the community with a straight face.” 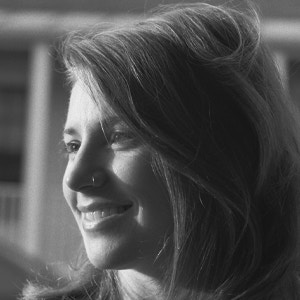