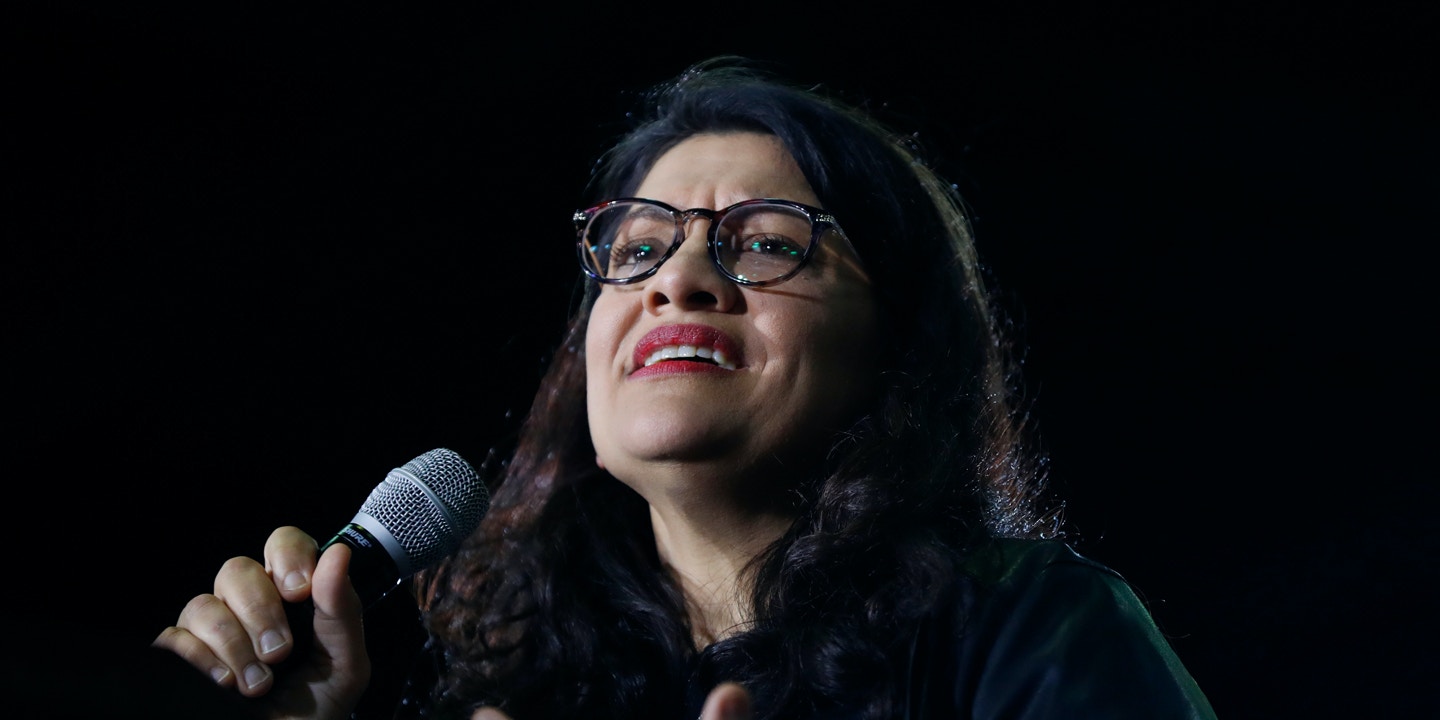 Detroiters put Rashida Tlaib in a strong position for reelection in Michigan’s 13th Congressional District on Tuesday night, as she beat back a rematch from Detroit City Council President Brenda Jones in the Democratic primary. While it could be weeks before a final vote count is known, Tlaib’s margin with most precincts reporting was 66 percent to 34 percent of the vote on Wednesday morning.

Tlaib’s seat was considered the most vulnerable among members of the so-called Squad, as the congresswoman faced off against a more or less unified Detroit political establishment and the ire of President Donald Trump. Tlaib’s presumed win comes alongside a host of down-ballot wins by progressives, including Karen McDonald for Oakland County prosecutor. Michigan progressives, crushed by the 2018 defeat of Abdul El-Sayed and the 2020 defeat of Bernie Sanders in the state’s critical March primary, could be seeing a revival of sorts.

In 2018, after former Rep. John Conyers resigned, Jones was elected to serve out the remainder of his term, but lost by 600 votes to Tlaib for the much more important nomination for the full term. Tlaib’s victory was driven by the presence of an additional candidate in the latter nomination race, state Sen. Coleman Young II, the son of legendary former five-term Detroit Mayor Coleman Young.

This time around, all of Tlaib’s 2018 opponents united against her, a difficult proposition given that she had received just 31 percent of the vote in 2018. But Tlaib gained greatly from national publicity around the Squad and dramatically outraised Jones, $3 million to $270,000. Tlaib also had the support of organized labor, a blow to Jones, a former Communications Workers of America local president who had gained labor’s support in the previous election. Tlaib additionally benefited from an independent expenditure by the Working Families Party in partnership with local group Detroit Action, which sent 234,000 texts to registered voters in the district, according to Detroit Action Director Branden Snyder.

Headlines said I was the most vulnerable member of the Squad.

My community responded last night and said our Squad is big. It includes all who believe we must show up for each other and prioritize people over profits. It’s here to stay, and it’s only getting bigger.

Along with Rep. Ilhan Omar, D-Minn., Tlaib is one of two members of Congress who support the Boycott, Divestment, Sanctions movement against Israeli human rights abuses. But Tlaib has not faced the same influx of pro-Israel money into the primary as Omar, whose opponent, Antone Melton-Meaux, has been attacking Omar with charges of anti-Semitism. Jones’s previously vocal support for the Nation of Islam and Louis Farrakhan likely played a role in the decision of outside groups to stay put. Other questions about Jones could have influenced the decision by outside groups to keep their powder dry. The Intercept revealed in April that Jones had violated state campaign finance law and in May tracked the role of Quicken Loans in Jones’s political rise.

In the aftermath of the murder of George Floyd, activists in Detroit have lasered in on the Detroit Police Department’s use of controversial facial recognition technology, which the Detroit City Council, under Jones’s leadership, approved in 2017. In June, a car caravan protested outside of the homes of members of the Detroit City Council, but not Jones’s, though she called the protest “totally disrespectful” and told the Detroit Free Press that she would request that the police ticket protesters for violating the city’s noise ordinance if they do so again.

Tlaib, on the other hand, has been a vocal critic of the racially discriminatory aspects of the technology, saying in an October 2019 op-ed that “facial recognition technology will have racist results and relying on human analysts for intervention is inadequate. We need to ban facial recognition.”

In Oakland County in the Detroit suburbs, incumbent County Prosecutor Jessica Cooper is losing to criminal justice reformer Karen McDonald, who earned 65.7 percent of the vote with all but three precincts reporting.

McDonald, a Michigan circuit court judge, had gradually come to realize that the real power in the criminal justice system rested with prosecutors. So she stepped down and challenged Cooper, the hard-line incumbent. Oakland County’s criminal justice system recently attracted attention for incarcerating a 15-year-old girl for not doing her homework. The girl has since been released.

McDonald had the backing of the Working Families Party and won the endorsement of the Detroit Free Press, which had previously backed Cooper in each of her elections. “Times change — and Cooper, 74, has changed little,” the paper editorialized. “The incumbent prosecutor is the wrong person to take on the challenges confronting law enforcement in 2020.”

Voters agreed, and now McDonald is perhaps uniquely well-positioned to reform the Oakland County Prosecutor’s Office. She has seen the way that the justice system fails people and families from nearly every systemic angle. Her platform calls for an end to cash bail, pressure on prosecutors to amend and reduce charges, a commitment to revisit old convictions, an end to marijuana possession prosecutions, and an array of diversionary programs.

In Washtenaw County, home to Ann Arbor, reformer Eli Savit won in a close race. Savit has pledged to eliminate cash bail, prioritize violent crime and corporate prosecution, and set up a wrongful conviction unit. There was at least one notable exception to this streak of wins: In Wayne County, Victoria Burton-Harris, the progressive challenger to incumbent Kym Worthy, came up short.

Two progressive candidates running for state representative also jumped to early leads: Abraham Aiyash, who would be one of the nation’s first Yemeni-American elected officials, running to replace Isaac Robinson, a Sanders campaign vice chair who died of Covid-19 in March; and Helena Scott, a Jobs With Justice organizer. As of Wednesday morning, Roslyn Ogburn, a housing organizer backed by Sanders and Sen. Elizabeth Warren is trailing Karen Whitsett, an ally of pro-developer Mayor Mike Duggan who has cozied up to President Donald Trump. Also leading in his race is controversial former gubernatorial candidate Shri Thanedar, who is running for a state representative seat as well.