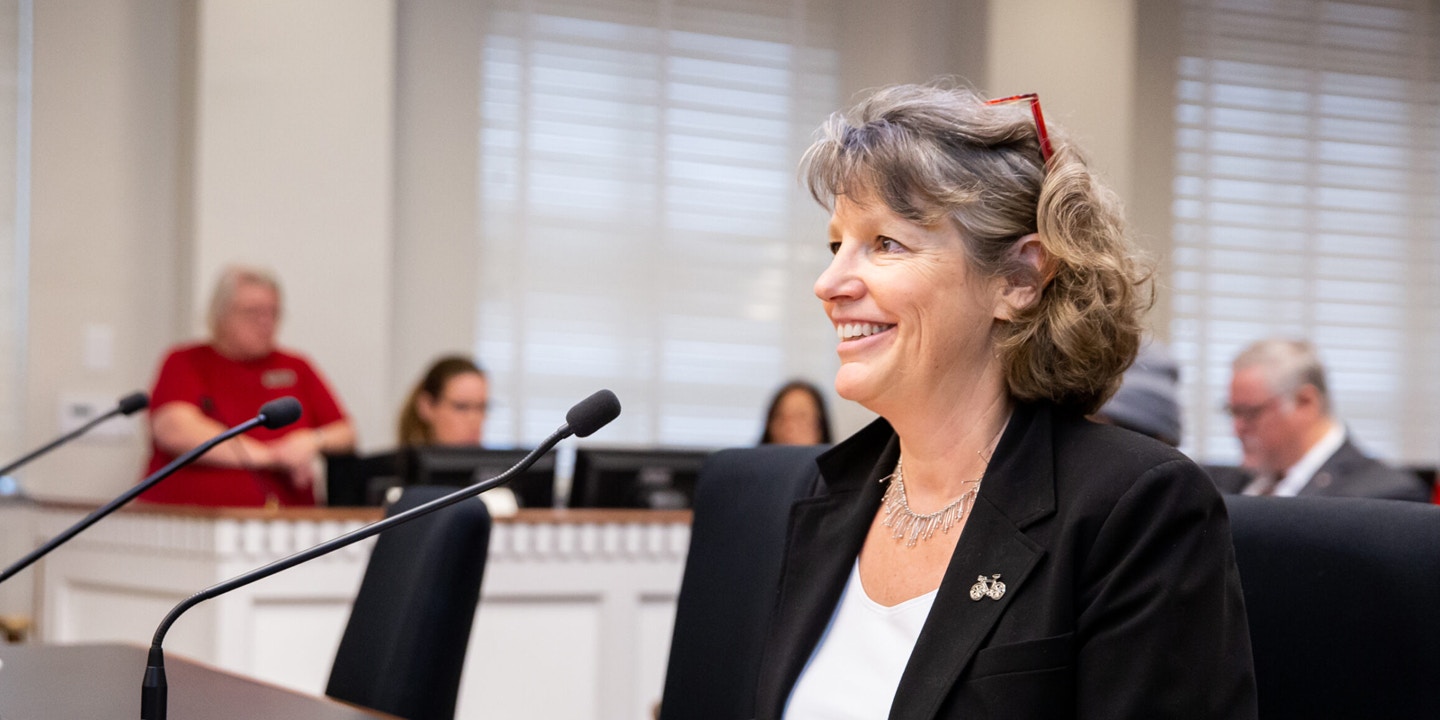 On Tuesday night, the former mayor of Tacoma, Washington, Marilyn Strickland pulled into the lead in the crowded primary race to replace outgoing Rep. Denny Heck. Heck, a member of the business-friendly New Democrat Coalition, is retiring after serving five terms to run for Washington lieutenant governor. When votes were counted, state Rep. Beth Doglio, who’s backed by prominent progressives in Congress, placed second and is set to face Strickland in all-Democratic general election in November.

With 81 percent of the precincts reporting, Strickland was leading with 20.9 percent of the vote and Doglio with 14.9 percent. Former State Rep. Kristine Reeves came in a close third place at 13 percent. Rian Ingrim, the leading Republican candidate, finished with 11.1 percent.

The Congressional Progressive Caucus, which usually remains on the sidelines in open primaries, made the race in Washington’s 10th Congressional District a key priority and went all in on Doglio’s campaign, as The Intercept previously reported. Its political arm spent nearly $140,000 on TV ads highlighting Doglio’s support of Medicare for All as part of the group’s broader effort to beat centrist candidates in open primaries. She was one of 19 Democrats running for the seat being vacated by Heck, representing a solidly blue district that includes Olympia and part of Tacoma.

Doglio had backed CPC Chair Rep. Pramila Jayapal in her first run for Congress in 2016, and the Seattle-area congresswoman returned the favor in May, endorsing the two-term state representative in the crowded race. She also won high-profile endorsements from Sens. Bernie Sanders and Elizabeth Warren, along with CPC Co-Chair Mark Pocan, and Reps. Katie Porter, Jamie Raskin, and Ro Khanna. Doglio, who rejects corporate campaign funds, entered the final stretch of the primary having outraised the rest of the field.

“Beth has shown that will be a relentless champion for working people, not special interests or corporations,” CPC PAC said in a statement.

This cycle, CPC PAC ramped up its election efforts, making its first major investment in support of Mondaire Jones, a progressive who’s on track to replace the outgoing Rep. Nita Lowey. Outside groups like Medicare for All PAC and the Sierra Club PAC also spent hundreds of thousands of dollars in support of Doglio.

Strickland, who is Black and Korean American, was supported by groups like Collective PAC and the Korean American Democratic Committee. She picked up endorsements from the Seattle Times, the News Tribune, and the Seattle Medium editorial boards. She was mayor of Tacoma for nearly a decade and went on to serve as president and CEO of the Seattle Metropolitan Chamber of Commerce, a business lobbying group that spent exorbitant amounts of money on behalf of Amazon in the recent City Council elections trying to oust a progressive majority. Though she tried to brand herself as a progressive candidate, Strickland opposes a Green New Deal and Medicare for All, and instead backs a public option for health care. As mayor, she fought against a $15 minimum wage.

Early on in the race, Joshua Collins, a 26-year-old truck driver and democratic socialist candidate, generated hype around the primary on social media, resulting in national media coverage and a number of profiles. He largely ran his campaign online and attracted large followings on Twitter, Instagram, and TikTok, which helped him raise more than $249,000 — more than many of the other candidates managed to raise. But after he disappeared from Twitter and Instagram for a day in May without an explanation, some of his supporters began to turn on him. Followers speculated over why he would abruptly abandon his campaign and questioned whether his bid was an honest attempt to lead the district. His communications and political director explained in a Twitter thread that Collins deactivated his accounts to take a break from the notifications. Collins also dropped the Democratic party affiliation last minute to run under the banner of the “Essential Workers Party.” On Tuesday night, he came in 15th place with less than 1 percent of the vote in early counts.

Reeves, one of the serious contenders, was backed by the Congressional Hispanic Caucus’s BOLD PAC, as well as a number of local labor unions, including Laborers’ International Union of North America and the state’s chapter of the American Federation of Teachers. Rep. Adam Smith, longtime incumbent and chair of the House Armed Services Committee, also threw his support behind Reeves. She would have been the first Afro-Latina to represent the Pacific Northwest in Congress and highlighted this, along with her experiences going in and out of homelessness as a teenager, in her campaign. But her policy platform didn’t go as far as Doglio’s, pledging to build on the Affordable Care Act and create a public option. She also accepts corporate PAC money.