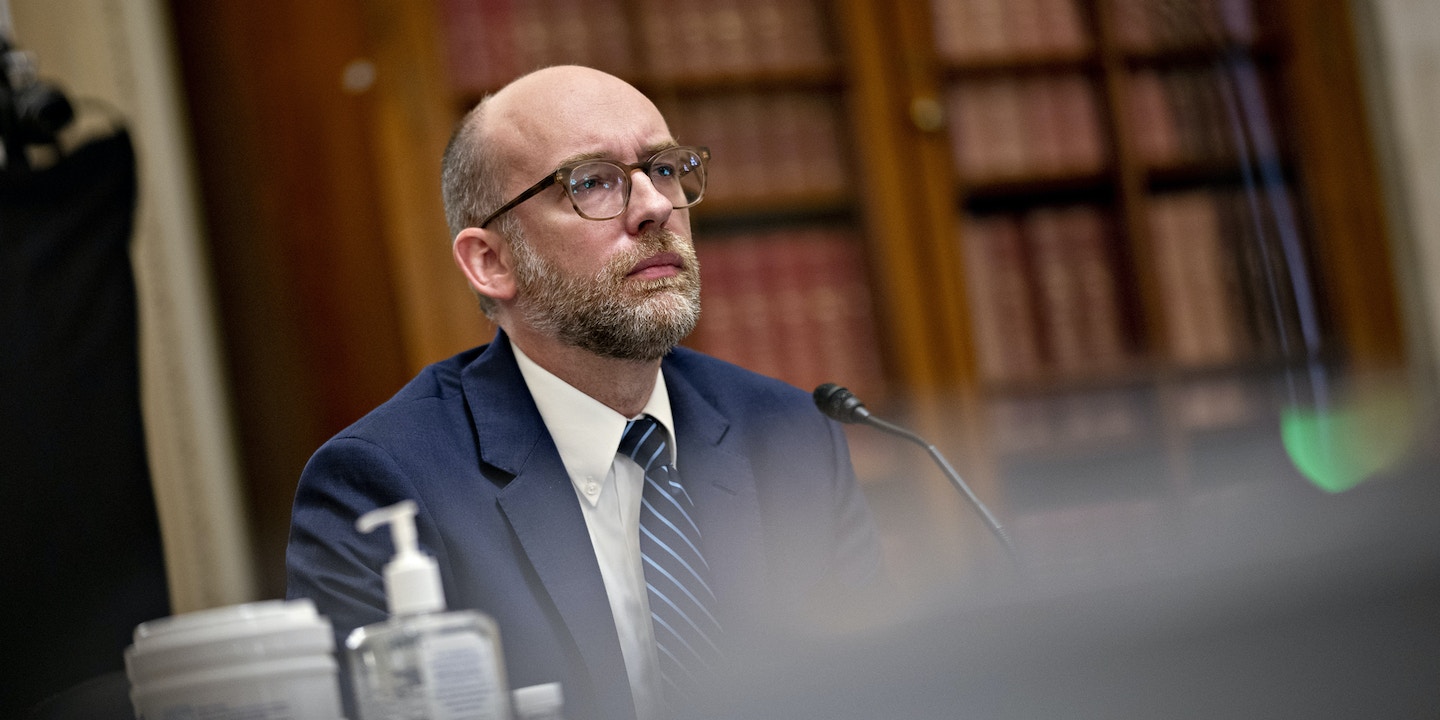 In the final months of its first term, the Trump administration is cutting career government employees out of the process of apportioning federal funds, according to a memo reviewed by The Intercept, sent to staff on August 12 by Office of Management and Budget Director Russell Vought.

OMB sits at the center of the government’s executive branch, serving as a financial clearinghouse for every agency and federal program. The 100-year-old office reviews legislation passed by Congress that authorizes and appropriates federal government spending, and then apportions money to agencies based on those laws. For decades, OMB’s career staff have been responsible for signing off on the legality of the apportionment of funds to agencies and for projects.

Under the new regime, however, program associate directors — political appointees known as PADs — will sign off on disbursements themselves. The rationale behind the shift is that apportionment decisions are fundamentally policy decisions and therefore, should be the responsibility of political aides who are ostensibly accountable to voters, rather than government bureaucrats immune from such democratic responsiveness.

The change is not meant to enable the improper politicization of spending decisions, senior Trump administration officials said to The Intercept, but rather is intended to align responsibility where it ought to be: with those officials who are accountable to the government. When the agency was originally created, sign-off authority rested with the highest official in each department. A reorganization in 1970 added a new layer of officials — the PADs — but left the authority a rung below with the top career staff. The new delegations, the officials said, aims to correct that.

Meg Reilly, a political appointee at OMB under the Obama administration, said that it was alarming to think of people without training or expertise — or the culture of legal fealty that exists among career staff in the OMB — having power over those numbers. “It’s a meaningful cultural shift,” she said, noting that the career staff and political appointees within OMB physically work in different buildings, a geographic representation of the gulf between their roles.

The Trump administration, through the OMB, has previously worked to circumvent or override decision-making by career appointees, most famously by impounding U.S. military aid to Ukraine in 2019, at the same time that President Donald Trump was pressuring Ukraine to investigate Joe Biden — a scandal that resulted in Trump’s impeachment and ultimate acquittal. Given the administration’s handling of the census and the U.S. Postal Service — both of which it has worked to deliberately undermine for political gain — there is reason to suspect that its appointees would not handle the newfound power responsibly. Restricting funds or delaying disbursement until later in the year could have dramatic consequences for struggling states or for agencies like the Census Bureau, which has already faced major delays as a result of the pandemic and ended the 2020 headcount early, or the Postal Service, which has seen a wave of new policies and delays under the newly appointed Postmaster General Louis DeJoy, who is a mega-donor to Trump’s campaign.

Vought is a longtime conservative operative and was a senior aide to the Republican Study Committee, a coalition of right-wing House Republicans that is a mirror of the Congressional Progressive Caucus. He is also a veteran of Heritage Action, the explicitly political arm of the Heritage Foundation, a conservative think tank. He was confirmed as deputy director of OMB in 2018 thanks to a tie-breaking vote cast by Vice President Mike Pence. He took over as acting director in January 2019, when Trump hired then-OMB Director Mick Mulvaney as his chief of staff. He was finally confirmed as director last month — making the memo one of his first moves in his official capacity as director.

During his confirmation hearing, Democrats challenged Vought on his position on withholding federal funds from states that embrace absentee voting, along with other politicized spending decisions. Sen. Ron Wyden, D-Ore., asked what he would do if he was ordered by Trump to punish states that encouraged mail-in voting. “I would take a review of programs and what discretionary authority we had, but I would do it within the bounds of the law,” Vought said, giving little ground.

Vought is a controversial figure on Capitol Hill, having defied a subpoena from congressional Democrats, refusing to answer questions about the withholding of funds from Ukraine. The Government Accountability Office released a report saying that OMB, under Vought, broke the law in withholding the funds. Vought rejected the characterization, which the GAO just as swiftly dismissed. “OMB’s assertions have no basis in law,” the GAO reported.

Reilly said the change is about more than just the politicization of disbursement decisions. “OMB career staffers are experts in their highly specific fields, many with advanced degrees and decades of experience,” she said. “Political appointees are there to advance the ideological goals of a presidency; historically, they find ways to do that within the apolitical, pragmatic recommendations of the career experts. Political appointees almost never have the depth of knowledge or historical data needed to make an informed decision about a specific budget apportionment on their own. The idea that such decisions will shift from nonpartisan experts to the fair-weather grifters in the White House is alarming.”

Update: Aug. 20, 2020, 10:39 a.m. ET
This article has been updated to include comment from senior Trump administration officials.