The chair of the National Advisory Committee on Rural Health and Human Services is keeping busy performing plastic surgery in Kansas City. 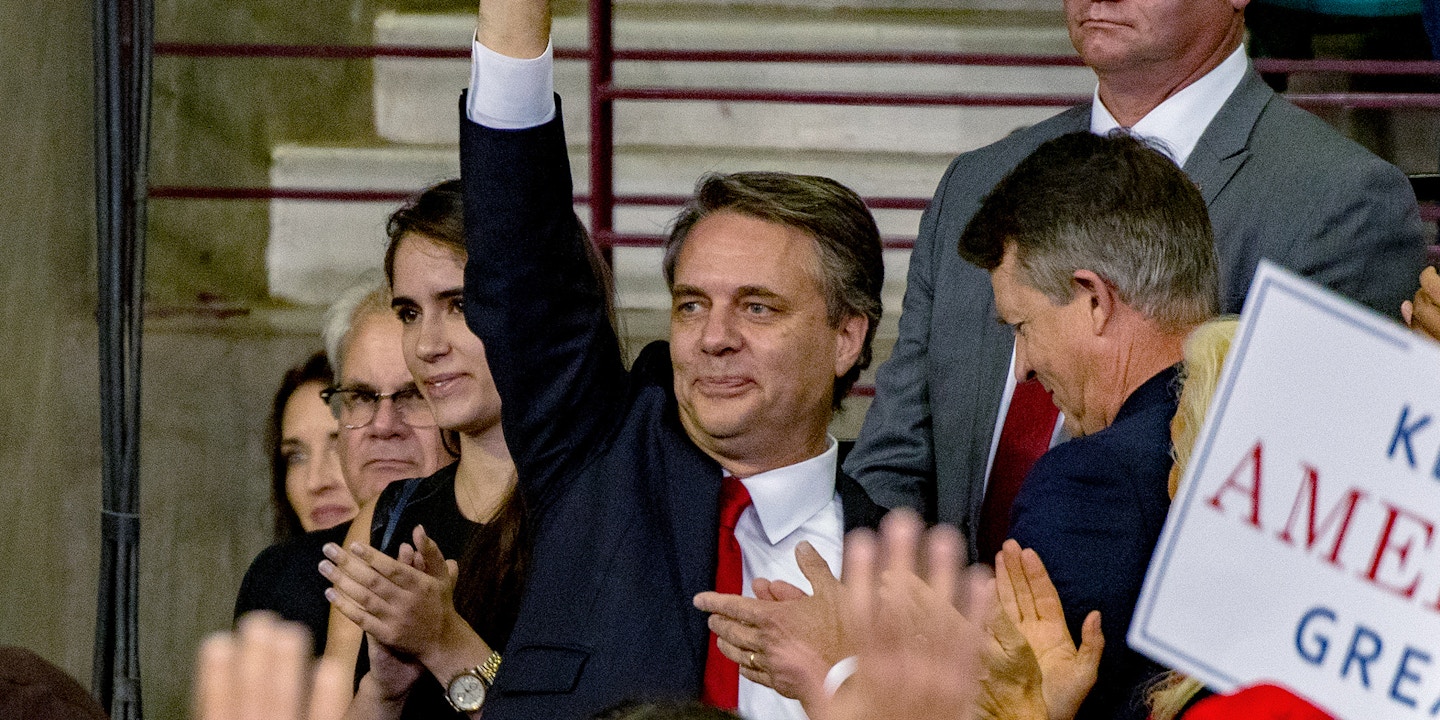 The coronavirus pandemic has created a rural health emergency in the United States. Hospitals in some rural areas have become overwhelmed as emergency rooms and in-patient services reach — and sometimes exceed — capacity. In just the last month, the number of non-metropolitan counties reporting at least 100 cases per 10,000 people has doubled. While the pandemic initially struck New York City and other urban areas hardest, the states reporting the highest death rates from Covid-19 are now North Dakota, Montana, South Dakota, and Wisconsin.

Yet we have heard little about the virus raging throughout rural America from the person President Donald Trump put in charge of the National Advisory Committee on Rural Health and Human Services, Jeff Colyer. Instead, while the coronavirus has stretched medical resources to the breaking point in his hometown of Kansas City, Colyer has been performing plastic surgery in his office there.

Trump appointed Colyer, a plastic surgeon who served as governor of Kansas for one year beginning in January 2018, to chair the 21-member committee in February. A Republican who publicly questioned whether former President Barack Obama was born in the United States and has championed the rights of adoption agencies to refuse to grant adoptions to lesbian and gay couples, Colyer as governor proposed work requirements for Medicaid and fiercely opposed an expansions to the program.

At an October 2018 rally in Topeka, Trump called Colyer “one hell of a governor” and mused that “I think we have to talk to him about bringing him down to Washington or something.”

The committee Colyer now chairs is supposed to advise the secretary of Health and Human Services on how best to serve the country’s rural areas. But so far, most of his public appearances and writings seem to have focused on promoting the drug hydroxychloroquine. In two opinion pieces in the Wall Street Journal, as well as in interviews on Fox News, Colyer extolled the benefits of the drug, which Trump pushed as a Covid-19 treatment despite evidence that it can cause cardiac side effects. Colyer has dismissed safety concerns, telling Fox News that the drug “has a very safe safety profile.”

In June, after the federal government stockpiled 63 million doses of hydroxychloroquine, the Food and Drug Administration revoked its emergency use authorization, which it had granted in late March. The agency cited “serious cardiac adverse events and other potential serious side effects” in its decision.

Still, Colyer offered his support for hydroxychloroquine as recently as September 22, when he tweeted out a link to a report from a conservative group calling for the drug to “be more widely recommended, prescribed and promoted to treat COVID-19 right now.”

From the front lines, I can tell you that the best weapons in our arsenal for combatting the coronavirus epidemic are the drugs being recommended by @realDonaldTrump/@POTUS. https://t.co/2kgmwSj6AO

Colyer has couched his enthusiasm for the drug as coming from “the front lines” and described himself in the Wall Street Journal as “treating patients with Covid-19.” Former Fox News host Ed Henry referred to him on air as “one of many heroic doctors on the front line.” But Colyer is a plastic surgeon who performs abdominoplasty, liposuction, skin resurfacing, and breast augmentation, among other procedures, according to his website, which notes that “Dr. Colyer continues to establish a renewed sense of confidence as well as a larger, more youthful breast contour for his breast augmentation patients.”

Colyer, who describes himself as a “humanitarian” on Twitter, has apparently helped raise money and awareness for an organization that has done relief work during the pandemic. Colyer did not respond to questions about when and under what circumstances he has treated Covid-19 patients.

The rural health committee itself has been relatively quiet about the coronavirus pandemic since Colyer took the helm. The virus didn’t even come up when the group met in March to discuss maternal and obstetric care and HIV prevention in rural areas, subjects that were chosen before Colyer joined the group.

At a virtual meeting in July, when the coronavirus had already begun to spread through the country, the committee mostly discussed how to redefine its vision, values, and mission statement, rather than the emerging crisis. At the end of the meeting, Colyer invited committee members to respond to questions from the public, many of which, he noted, were “about Coronavirus response in rural communities,” according to a summary of the meeting. After noting that “the Covid-19 pandemic is going to strategically change rural healthcare in the future,” Colyer suggested that the committee meet to discuss that topic at some point in the future. But the committee hasn’t met again, and the only other document it has released during Colyer’s tenure, a September draft of the committee’s vision statement, which presumably grew out of the July discussion, doesn’t mention the pandemic at all.

Still, if Trump’s rural health expert hasn’t been doing much to address the health crisis spreading throughout the heartland, he does appear to be working. A call to his office confirmed that he has several openings this week for anyone interested in getting breast implants.