Eastman previously ran for the GOP-held Nebraska district, which has its own Electoral College vote, in 2018. 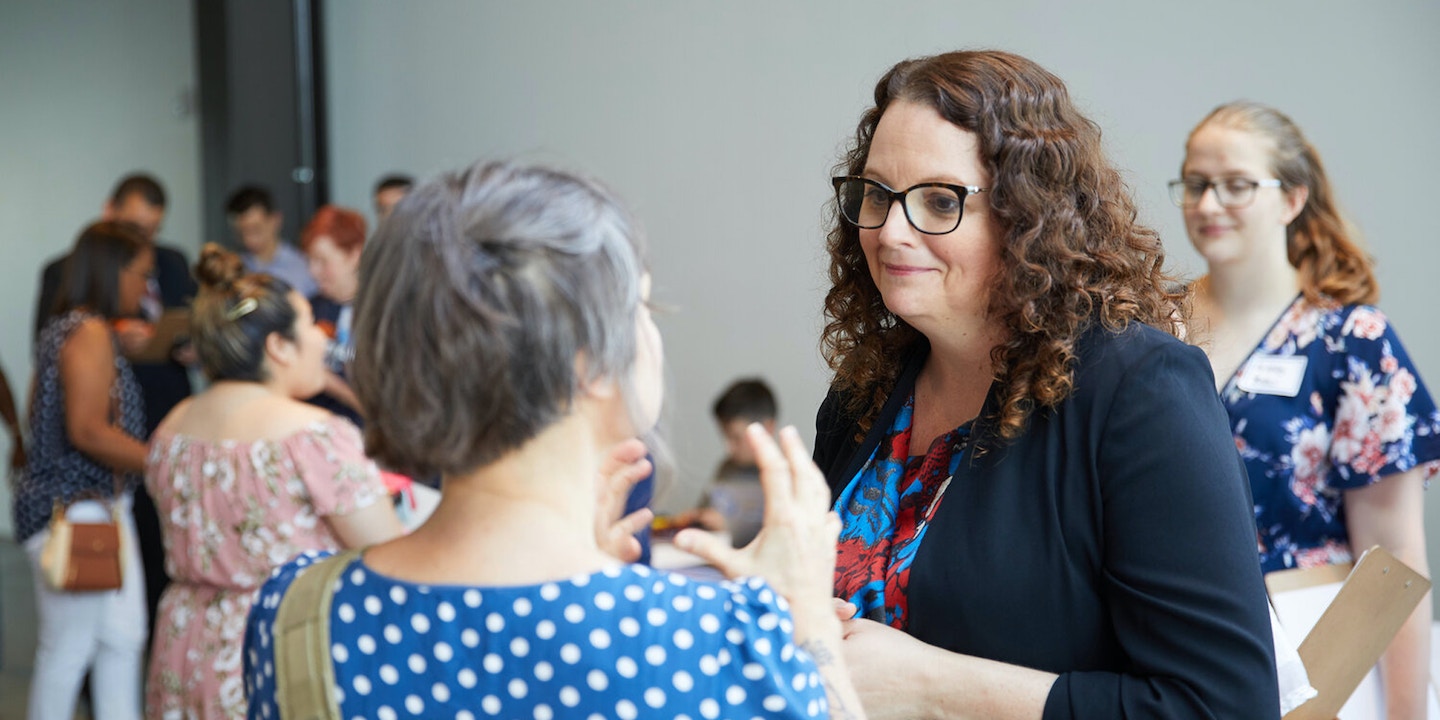 Bacon beat Eastman by just 2 percentage points two years ago. This time, she lost by 4.8 points. Eastman got about 25,400 more votes than she did last cycle, but it wasn’t enough to unseat Bacon, who got an additional 30,700 votes.

I want to thank you all for your support. We did not get the result we were hoping for. I want to thank Scott and Sabina, my team, the elected officials who supported me, and the voters of Nebraska's 2nd Congressional District who stood by me. pic.twitter.com/WAHIpgrQ7l

In 2018, the Democratic Congressional Campaign Committee backed Brad Ashford in the primary; Ashford is a conservative Democrat with a record as an anti-choice state legislator. After Eastman defeated Ashford in the primary, the DCCC spent relatively little on the general election, backing Eastman with just $300,000 toward her race. This time around, though, the DCCC made substantial investments in Eastman, spending at least $2.5 million to elect her.

Eastman made a point this year to go after Bacon for his vote to repeal the Affordable Care Act, and to take away protections from individuals with preexisting conditions. Bacon claims he now supports the Affordable Care Act. “I am here to fix the system and make it better,” he claimed in a debate last month. Bacon, in turn, has tried to paint Eastman as a radical for supporting Medicare for All. Eastman says she began to see the need for major health care reform after her mother was diagnosed with cancer in 2016, and her doctor prescribed her a $2,500 pill she couldn’t afford to get.

Eastman was a competitive fundraiser throughout the election, raising $3.6 million, next to Bacon’s $3.4 million. In addition to the DCCC’s support, progressive groups had hoped to help Eastman win the seat with some final-stretch spending. Justice Democrats launched a $350,000 independent expenditure to help elect her, and funded ads across digital platforms, broadcast, and TV in the district. The Progressive Change Campaign Committee and Rebellion PAC also teamed up to launch a six-figure independent expenditure, as did the Congressional Progressive Caucus PAC, which spent six figures.

Indivisible, which endorsed Eastman in 2018, did not endorse this cycle but did send mail on her behalf, and donated $5,000 to her campaign. The Working Families Party endorsed Eastman in October, and spent on ads in concert with MoveOn and Justice Democrats.

Still, Bacon had a money edge overall. A number of super PACs, including the American Bankers Association, spent more than $5 million to defend Bacon, and according to the Center for Responsive Politics, outside groups backing Bacon outspent Eastman groups.

This year, Eastman beat Ann Ashford — Brad Ashford’s wife — in the Democratic primary. Earlier this month, Brad Ashford announced he would be endorsing Bacon, a blow to Democrats. While Ashford praised the incumbent’s spirit of bipartisanship, Bacon has voted with Trump more than 92 percent of the time. Ann Ashford did not make an endorsement.

Biden endorsed Eastman in September, in one of his first rounds of congressional endorsements. Most polling showed a tight race between Biden and Trump in the district, and Biden won it while Trump won the state’s remaining districts and four Electoral College votes. A poll released in early October by the Congressional Progressive Caucus PAC showed Biden had support from 53 percent of likely voters in the district, compared with 42 percent for Trump. The Cook Political Report ranked the race as a “Republican toss-up.”

Update: Nov. 9, 2020
This article has been updated with the final results of the race.