Whistleblower Rick Bright was fired in May for standing up to the Trump administration’s cronyism in response to the Covid-19 pandemic. 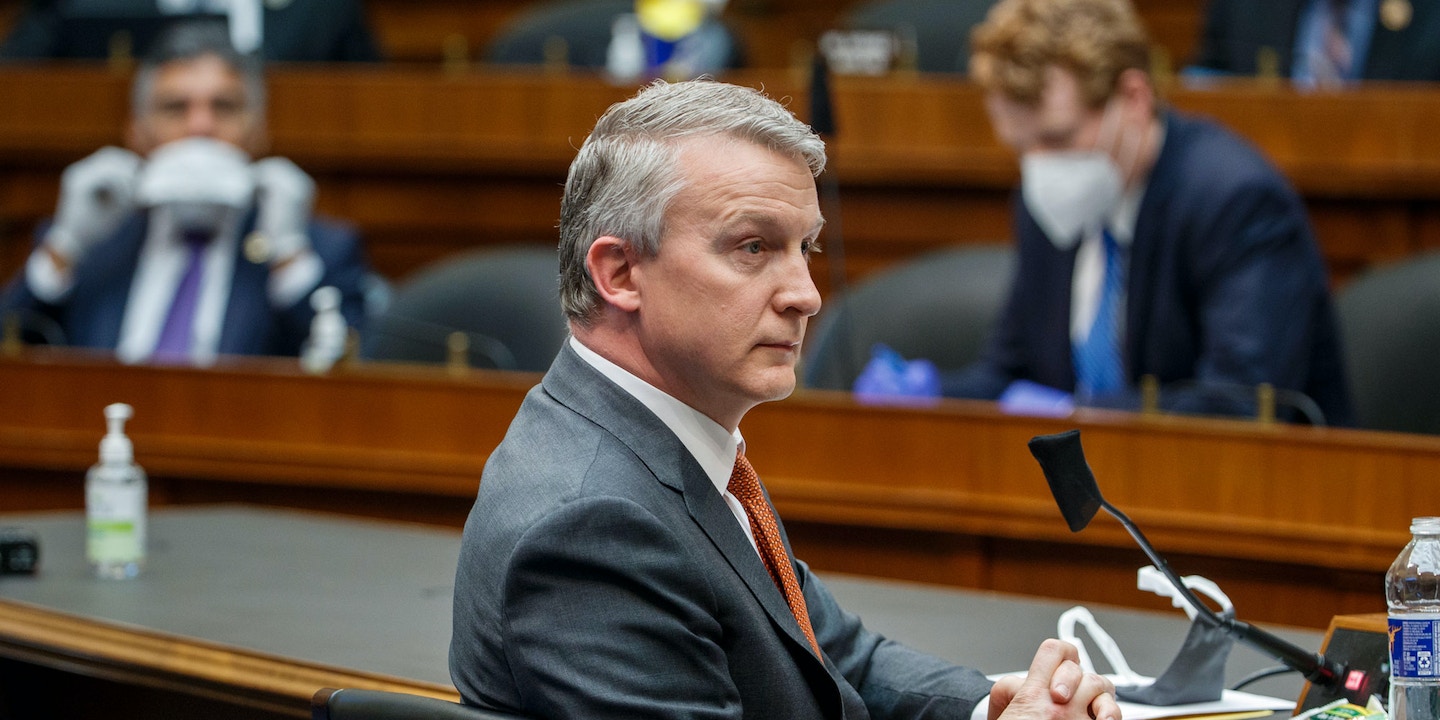 With a symbolic poke in the eye of the outgoing Trump administration, President-elect Joe Biden named whistleblower Rick Bright to his transition Covid-19 advisory board. Bright previously ran a division of the Department of Health and Human Services that manages medical response to public health emergencies. Bright was fired in retaliation for standing up to cronyism in the Trump administration’s handling of the coronavirus pandemic, according to a detailed complaint he filed in May.

Bright, who has a Ph.D. in virology, will be joined by other experienced public health experts on the board, which “will consult with state and local officials to determine the public health and economic steps necessary to get the virus under control,” according to the Biden-Harris transition team. The board will be co-chaired by Dr. David Kessler, who served as commissioner of the Food and Drug Administration from 1990 to 1997; Dr. Marcella Nunez-Smith, an associate professor of internal medicine and public health at the Yale School of Medicine, who has written about racial and ethnic disparities in deaths from Covid-19; and Dr. Vivek Murthy, who served as surgeon general during the Obama administration.

Among the other board members are Dr. Céline Gounder, an infectious disease specialist and medical journalist, and Dr. Ezekiel Emanuel, an oncologist and former health adviser to the Obama White House who has blamed the Trump administration’s bungling of the epidemic for “hundreds of thousands” of unnecessary deaths from Covid-19.

Biden’s plans for addressing the coronavirus pandemic include immediately reversing several steps taken by the current administration. The transition team has announced its intentions to restore the White House National Security Council Directorate for Global Health Security and Biodefense, which Trump folded into another office; rejoin the World Health Organization, which the administration began formally withdrawing from in July; and relaunch the U.S. Agency for International Development’s pathogen-tracking program, PREDICT, which the Trump administration stopped funding.

Many of the principles the incoming administration says will guide its approach to Covid-19 — including pledges to listen to science and to promote trust, transparency, common purpose, and accountability in the U.S. government — are corrections to the corruption and incompetence of the Trump administration’s handling of the pandemic that Bright described in both testimony before a House subcommittee and his 63-page whistleblower complaint.

While Biden is promising a government in which “public health decisions are informed by public health professionals,” Bright shined a light on an environment in which his supervisors at the Department of Health and Human Services pressured him to grant contracts to politically connected companies. In one case, a consultant described a CEO of a pharmaceutical company to Bright as “friends with Jared” and someone who “has Hollywood connections.” Bright was also one of the first to report on the administration’s internal push to hastily greenlight the use of hydroxychloroquine. The FDA approved the malaria medicine, which can cause fatal cardiac complications, as a Covid-19 treatment on an emergency basis — only to later withdraw the approval for the drug and caution against its use.

Bright also explained how members of the Trump administration ignored and mocked his attempts to draw attention to the looming shortage of personal protective equipment, particularly N95 masks, as coronavirus infections began to spread throughout the U.S. When he attempted to raise the issue with his boss, Robert Kadlec, and HHS Secretary Alex Azar at a meeting in January, they assured him that the Trump administration would be able to contain the virus and keep it out of the United States using travel bans — and excluded him from further meetings.

Bright was later reassigned to National Institutes of Health to work on diagnostic testing. Last month, he resigned from that position and explained in an amendment to his original complaint that he had been given “no meaningful work since September 4.”

While Trump disavowed face masks — and mocked his opponent for wearing them — Biden has said that while he lacks the legal authority to issue a national mask mandate, he will encourage all governors, mayors, and county executives to use their authority to require masks locally. The Biden team is also calling for “using the Defense Production Act to ramp up production of masks, face shields, and other PPE and aiming to increase production of PPE within the U.S.”

The plan to address the mask shortage — and fix the supply chain problems — reads like a direct response to the urgent pleas Bright was making more than nine months ago. But back then, Bright was warning about the disaster that could result if the government officials didn’t take immediate action. Now, more than 238,000 people have died of Covid-19, and months will pass before Biden’s plan can be enacted.