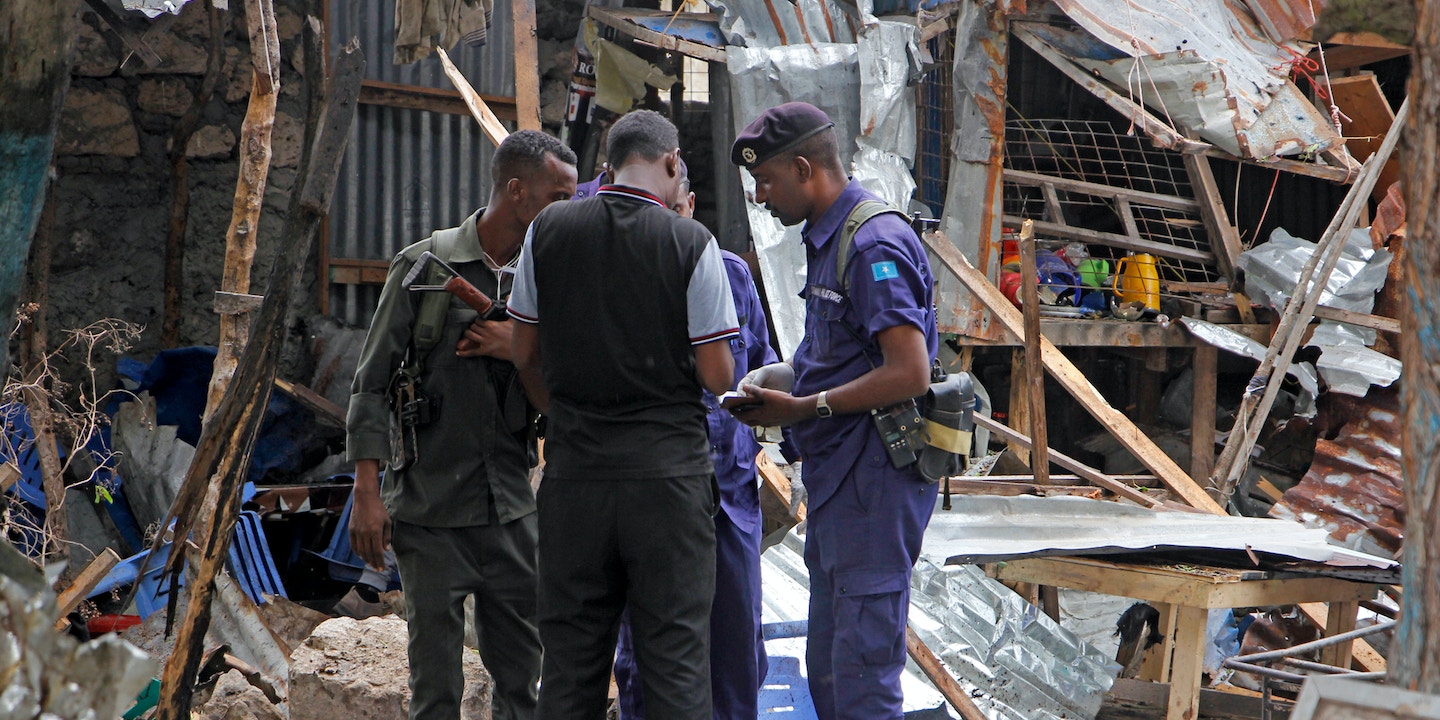 An American working for the CIA died this week of injuries from a terrorist attack in Mogadishu, Somalia, according to two people with knowledge of the attack. He is the first American known to be killed as a result of violence in the capital since the disastrous 1993 Black Hawk Down battle.

Michael Goodboe, a 54-year-old former Navy SEAL who worked for the CIA’s paramilitary unit, died after succumbing to injuries from an improvised explosive device, according to the two sources. The two sources requested anonymity because of the sensitivity around the attack and because they were not authorized to disclose Goodboe’s death.

The attack that killed Goodboe was presumed to have been conducted by al-Shabab, an Al Qaeda-affiliated group engaged in a decadelong insurgency, though the details remain unclear. One of the people familiar with the attack said Goodboe was flown to Germany, where the U.S. has a military hospital, and later died of his injuries.

The CIA declined to comment. Goodboe’s family did not respond to requests for comment. The New York Times first reported the death but did not identify the CIA officer who was killed.

Goodboe, who was known as “Goody” to his colleagues and teammates, was formerly a member of the Navy’s elite SEAL Team 6, according to military records obtained by The Intercept and the two sources. Goodboe left the SEALs several years ago and joined the CIA’s paramilitary unit as a contractor, according to one of the sources who knew him.

Goodboe’s death comes as President Donald Trump has announced his intention to remove all of the roughly 700 U.S. military personnel from Somalia before leaving office in January. The U.S. has conducted covert and clandestine operations in Somalia for nearly two decades, and Trump’s expected order would not affect the CIA’s presence in the country.

The attack in Mogadishu occurred as al-Shabab has increased attacks against Somali counterterrorism forces who were trained by the U.S., including an attack this week that killed as many as six Somalis, according to local press reports. The group was formed after the 9/11 attacks with the intention of going after U.S. interests in East Africa.

Last September, al-Shabab carried out an assault on a U.S. outpost, Baledogle Military Airfield, about 62 miles northwest of Mogadishu, injuring one American. On January 5, members of the group attacked a longtime American outpost at Manda Bay, Kenya, killing two American military contractors and a U.S. soldier.

In September, AFRICOM’s director of intelligence, Rear Adm. Heidi Berg, said there had been “a definitive shift” in al-Shabab’s focus on attacking U.S. interests in the region over the last couple months. In a press release that same month, al-Shabab vowed to “concentrate their military operations on the American crusaders in order to defend their religion, land and people.”

In 2017, Senior Chief Petty Officer Kyle Milliken, a SEAL Team 6 operator, was killed by enemy fire about 40 miles west of Mogadishu. The next year, 26-year-old Staff Sgt. Alex Conrad of the Army’s Special Forces, was killed in a firefight about 200 miles southwest of the capital.

Under the Trump administration, airstrikes in Somalia have skyrocketed, and there has been an increase in civilian deaths. From 2007 to 2017, the U.S. military is known to have carried out 42 attacks. Under Trump, the U.S. military conducted 38 strikes in 2017, 48 in 2018, and 63 in 2019. This year alone, AFRICOM has acknowledged 49 airstrikes in Somalia, more than under the administrations of George W. Bush and Barack Obama combined. The number of CIA strikes is unknown.

According to the U.K.-based monitoring group Airwars, evidence suggests that as many as 142 civilians have been killed in U.S. attacks since 2007, though AFRICOM has admitted to killing only five civilians over the last 13 years.

Despite the increase in U.S. strikes, operations, and personnel, the conflict between al-Shabab and U.S. forces working with a central Somali government has been mostly a stalemate.