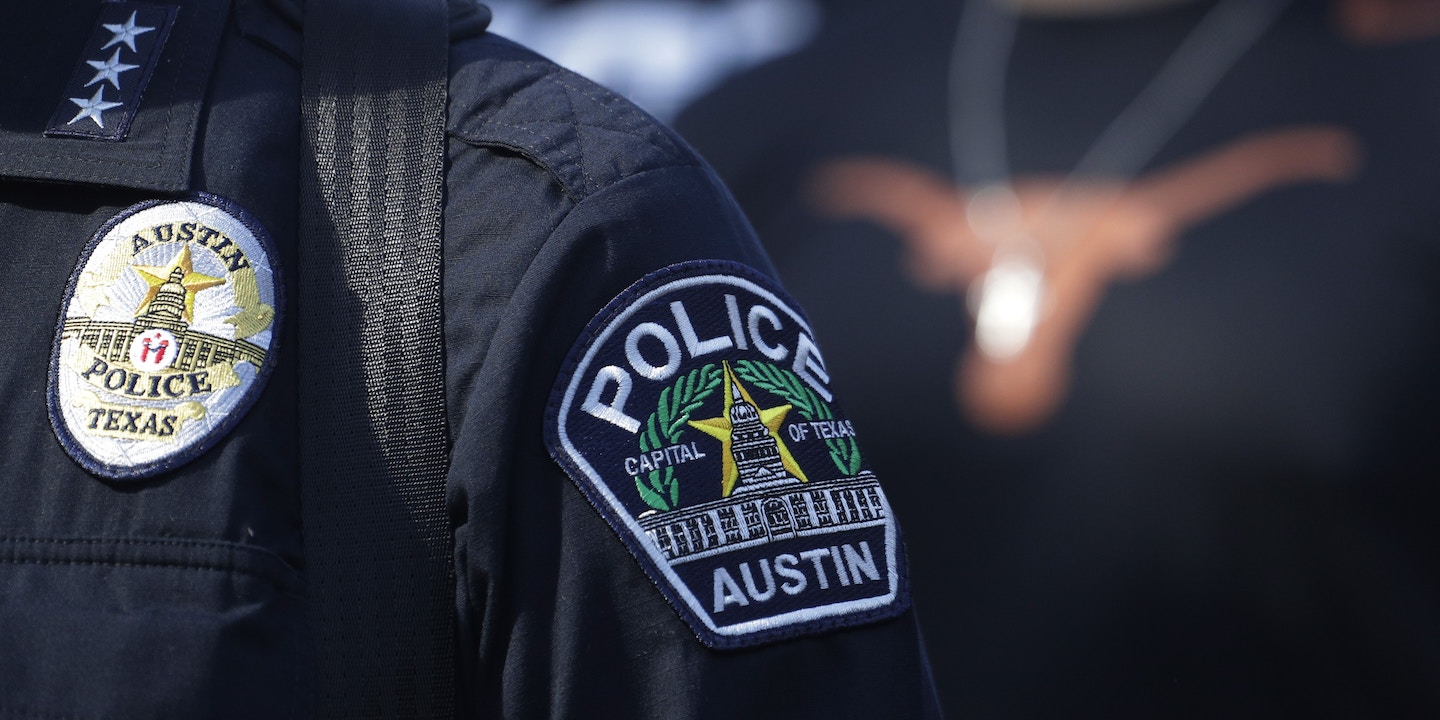 As protests over the killing of George Floyd spread across the country in early summer, federal and local law enforcement authorities in Minnesota and California culled social media for postings on upcoming protests, then disseminated RSVP counts and other details to agencies. Documents obtained by The Intercept show that into at least mid-July, law enforcement officials in Austin did the same — and that they kept tabs on cultural events with no apparent protest component, including an online Juneteenth celebration.

The documents originate with the Austin Regional Intelligence Center, or ARIC, part of a network of fusion centers established after 9/11 to share intelligence among federal agencies, local police departments, and the private sector. They show that law enforcement personnel there monitored Facebook, Instagram, Reddit, and Twitter for announcements of protests, social gatherings, and other events organized by supporters of Black Lives Matter, and sometimes merely by Black people. Fusion center employees then prepared dispatches listing organizers’ names or social media handles, information about notable guests, and RSVP totals. The fusion center, which is managed by the Austin Police Department, sent the updates to local, state, and national law enforcement, including recipients at the CIA, FBI, and Immigration and Customs Enforcement.

“We at the ARIC completely understand concerns as they may relate to ‘monitoring’ protests or events,” Ron Phillips, deputy director of the fusion center, wrote in an email. “We do not continually monitor protests or events.” He added that when the ARIC does take an interest in events, “we only look at it from a standpoint of determining if there is an impact on the area that could pose a concern for the safety of our community.”

But the documents tell a different story. The monitored events include a Juneteenth celebration, a meditation event, and two candlelight vigils.

“In our heightened political moment, the fact that now every single public gathering is being surveilled by local, state, and federal government is incredibly concerning for civil liberties,” said Matthew Guariglia, a policy analyst focused on surveillance and policing at the Electronic Frontier Foundation.

“The fact that now every single public gathering is being surveilled by local, state, and federal government is incredibly concerning for civil liberties.”

The surveillance in Austin this summer follows years of similar monitoring by federal law enforcement agencies in other parts of the U.S. Documents obtained by The Intercept through a Freedom of Information Act request in 2015 show that the Department of Homeland Security collected similar information on social events in historically Black neighborhoods, at one point circulating details about a funk music parade. Later reporting by Foreign Policy and The Intercept shows that the FBI devoted significant resources to monitoring people it labeled “black separatist extremists.” In the early days of the George Floyd protests, a woman in Tennessee who created a Facebook event for a Black Lives Matter rally said she received a visit from FBI agents who questioned her about her knowledge of antifa, suggesting that the monitoring of activists had continued. In late June, the release of 19 gigabytes of data hacked from fusion centers around the country — a trove of documents known as BlueLeaks — confirmed it.

The BlueLeaks documents date to early June and before. The new ARIC documents show that in Texas, at least, social media surveillance persisted into July. The Intercept verified the documents by comparing their format and file metadata to that of the ARIC documents in the BlueLeaks trove.

At the top of the documents is a disclaimer recognizing that police are surveilling legally protected events. Titled “First Amendment Acknowledgement,” it reads, “The ARIC recognizes that U.S. citizens have constitutionally protected rights to assemble, speak, and petition. The ARIC safeguards these First Amendment rights, and reports on only those activities where the potential use of incitement rhetoric could be used to instigate acts of violence.”

Guariglia said of the disclaimer: “That’s a fig leaf over what’s really happening here, which is that police feel a need to have situational awareness over any event, based on the politics and race of the people participating.”

It’s hard to see how many of the events listed could have led to the “incitement rhetoric” singled out in the disclaimer. The meditation event, held on June 20, invited “witches, shamans, rootworkers, spiritualist [sic], and all other energy practitioners” to burn bundles of sage in a “ritual of protection and transmutation,” according to a description posted on Facebook. The Juneteenth event, “Stay Black and Live,” was promoted by community groups from Austin’s historically Black east side. The festival featured a raffle, spoken-word performances, and an appearance by Austin City Council Member Natasha Harper-Madison, the council’s sole Black member. In that case, attendees didn’t even gather in person. The event was entirely virtual.

“The Austin Police Department is charged with the safety of our City,” said Harper-Madison in an emailed statement. “It is imperative that they follow policy, show restraint, and compassion to ensure their own safety and that of our community.”

One dispatch dated July 9 included information about two pro-police rallies, including one organized by the right-wing media site Infowars. But a note appended to the Infowars event suggested that it was notable mainly because Black Lives Matter supporters had taken notice. The dispatch quoted a tweet from the account @atxprotests that advised: “NOT a friendly protest. … if you’ll be there, be careful & stick together.”

Like cities across the U.S., Austin has grappled with calls to drastically rethink policing in the past few months. In Austin, tensions were heightened by the police killing in April of Mike Ramos, an unarmed Black and Latinx man. But the BlueLeaks documents show that the ARIC first encouraged law enforcement and private-sector partners to keep tabs on protesters years ago. In a 2015 document published by the Austin Chronicle, the ARIC called for local agencies to gather information on demonstrations during the South by Southwest festival. “Please include the location, number of protesters, whether or not there are any signs that it may be violent, and any other information you feel may be relevant.”

In an audio recording found in the BlueLeaks trove, members of the ARIC’s privacy policy advisory committee candidly discussed the possibility of overreach. One committee member conceded that the information that the ARIC collects could be misused by local law enforcement. “My problem is this,” the man says. “I get sometimes nervous making decisions about how something’s going to go to a police department, when I don’t know what the hell they do with it.”