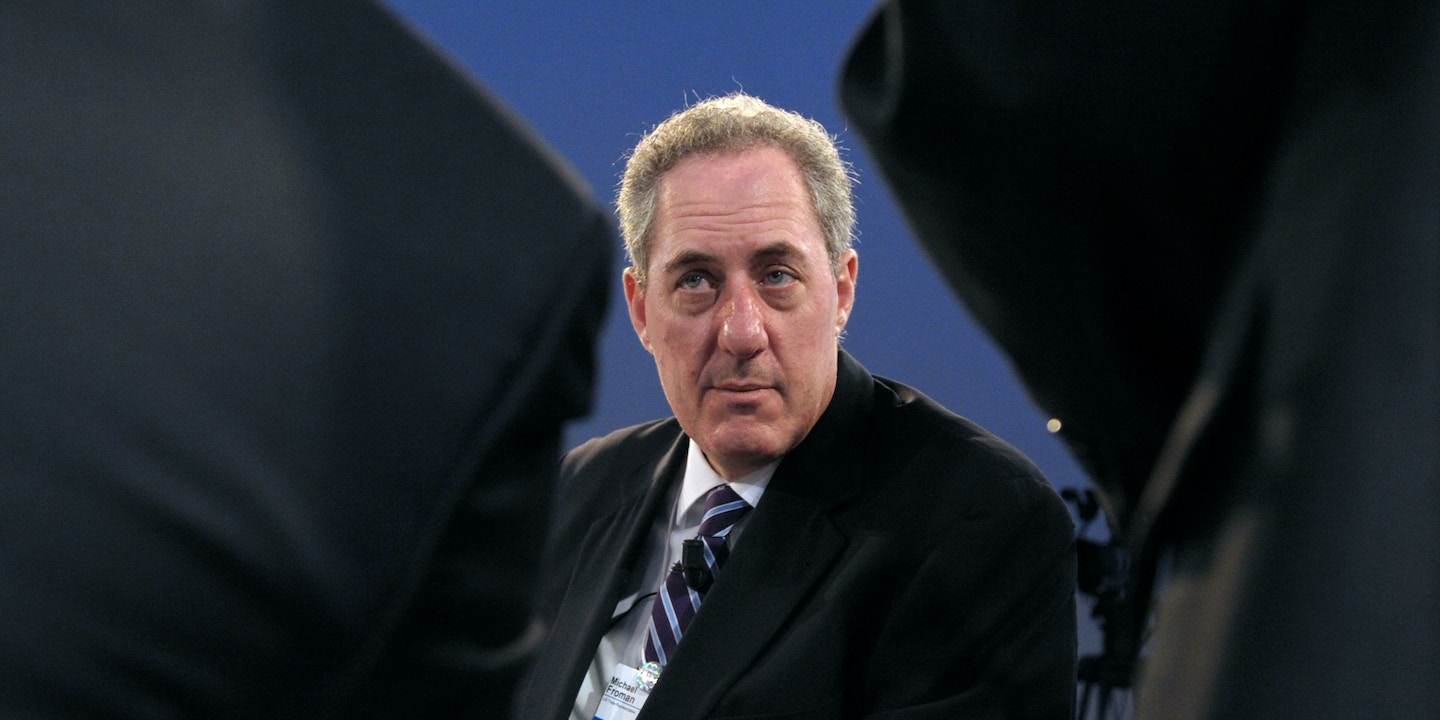 For the Bernie Sanders wing of the Democratic Party, the Joe Biden presidential transition is what losing looks like. It is also, for better or for worse, what incremental progress looks like. Whether it’s enough to match the scale of the overlapping crises or to stave off a midterm wipeout remains to be seen, but a comparison to the transition of President Barack Obama reveals the distance the party has traveled over the past 12 years.

In October 2008, Michael Froman emailed John Podesta, who oversaw Obama’s transition, a list of Cabinet and personnel suggestions directly from his Citigroup email account. Froman, who led Obama’s transition in the winter of 2008-09, would go on to become Obama’s U.S. trade representative, and his October recommendations would prove far more prescient than his bank’s forecast on the subprime lending market; nearly all of them landed where he suggested.

Froman was part of the Rubinite wing of the Democratic Party — named for Bob Rubin, a longtime Goldman Sachs executive who served as President Bill Clinton’s treasury secretary, who groomed a generation of Wall Street operatives, including Froman as well as Rubin’s Treasury Department successor, Larry Summers. Rubin spent his post-government years at Citigroup, including as chair of the firm as it ran aground, destined for a bailout.

Biden’s version of the transition has raised howls for some of his picks, including Neera Tanden, the controversial head of the Center for American Progress, and Brian Deese, whose time at investment firm BlackRock has drawn opposition from some climate activists. But in almost every spot so far named, Biden has chosen a person more progressive and less entrenched with Wall Street than the official who held the same position in 2009 under Obama. The comparison exercise may do more to reveal the weakness of the early Obama administration, and its reliance on the Rubin wing of the party, than to testify to the strength of Biden’s. And there are exceptions. On national security and foreign policy, Biden has hewed closer to Obama’s approach — and he has backtracked from Obama’s vow to bar lobbyists from his administration, putting an Apple lobbyist on his vice presidential vetting committee. But Biden, when faced with choices so far, has at least made the least bad one on the table, especially when it comes to economic policy.

Start with chief of staff: Swapping out Rahm Emanuel for Ron Klain isn’t close. Where Emanuel was outwardly hostile to the party’s progressive wing — “communists” who were “fucking retarded” — Klain, while not himself a fire-breathing Sanders supporter, has always been respectful to the party’s left flank. (He is also known for a heightened level of organizational competence, a rather important trait in a pandemic.) Biden’s alternative, his close adviser Steve Ricchetti, a longtime corporate lobbyist, was passed over for the job amid progressive opposition.

At the Treasury Department, Obama went with Summers protégé Tim Geithner, and Wall Street was pushing Biden to pick Geithner protégé Lael Brainard. Instead, Biden tapped Janet Yellen, the former Fed chair, a center-left economist with a mixed record, but one who has dedicated her academic career to understanding how to achieve the fullest possible employment.

That Biden is staffing his White House with fewer ghouls than his former boss is a function of both internal and external factors. The party broadly has shifted left, with ideas like Medicare for All and a Green New Deal gaining serious traction. Biden, who has consistently positioned himself in the center of the party, whichever direction the party went, has moved with it, as evidenced by the progressive drift of his presidential platforms from 1988 to 2008 to 2020. But it also involved a long-running research and advocacy campaign that sprang up as a reaction to the failure of the left to influence Obama’s transition on personnel. The Revolving Door Project, helmed by Jeff Hauser, a former AFL-CIO official, was built to influence a Hillary Clinton administration and has worked in collaboration with the group Demand Progress, which has similarly focused on the importance of personnel as policy. Clinton’s loss gave the outfits an extra four years to continue compiling research documents on dozens of potential Democratic appointees. Just on Tuesday, RDP was featured in both the New York Times and Politico. 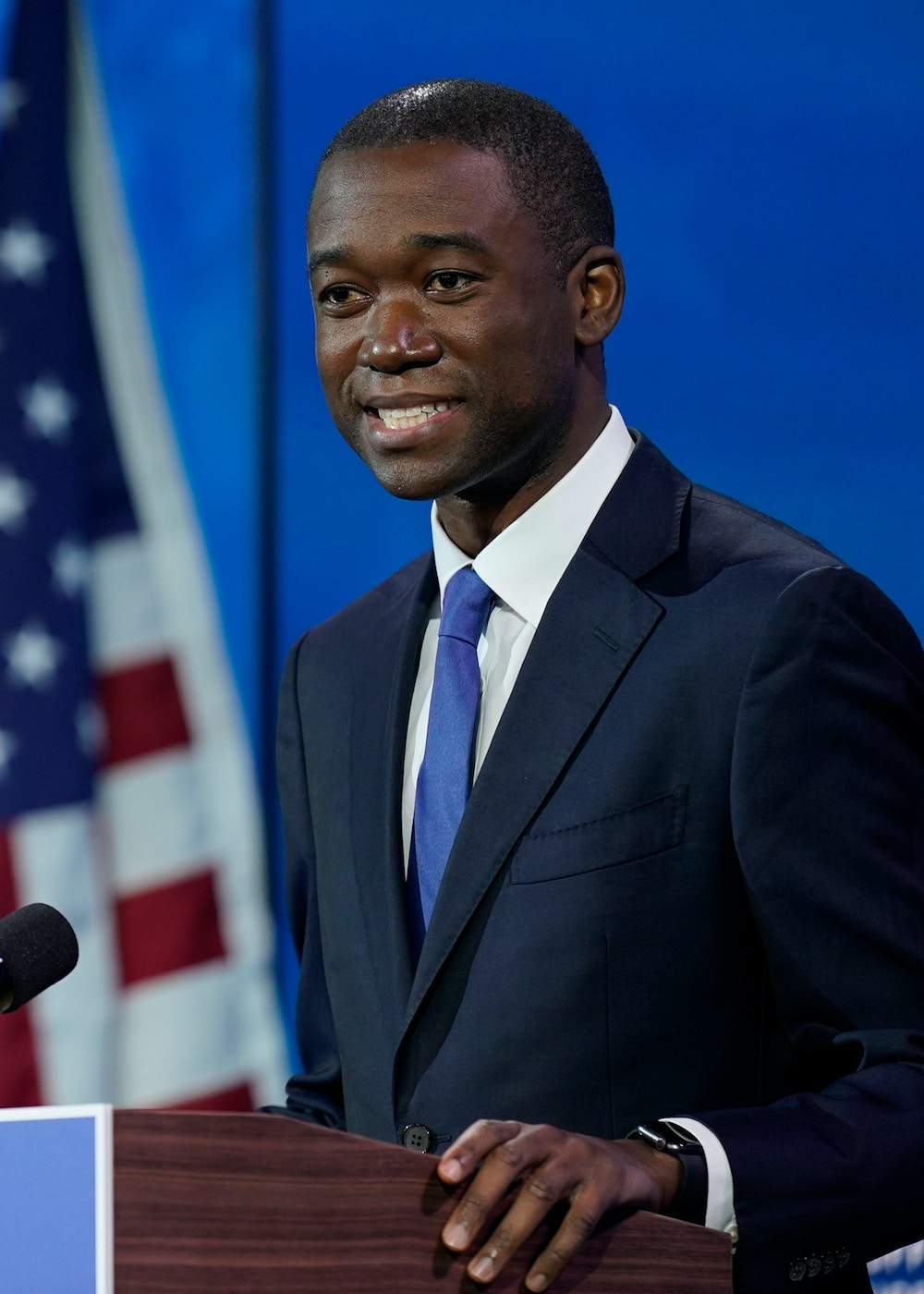 Wally Adeyemo, nominated to serve as deputy secretary of the treasury, speaks at the Queen Theater, on Dec. 1, 2020, in Wilmington, Del.

Progressives have not given the Biden administration a pass on its appointments simply because they’re not as tied to Wall Street as Obama’s. As deputy treasury secretary, Obama chose financial services executive Neal Wolin, who had been another protégé to Summers during the Clinton administration. Biden went with Wally Adeyemo. The strike against Adeyemo is his recent time working for the financial titan BlackRock, where he served as chief of staff to CEO Larry Fink, a mark also held against Deese, who led the firm’s sustainable development investing, which critics have called merely a cover for dirty investment strategies.

The move from Wolin to Adeyemo is similar to going from Emanuel to Klain. Wolin, a creature of Wall Street, had no interest in the views of the progressive community, as they weren’t part of his support base. Just as Klain isn’t a card-carrying progressive but hears out that perspective, the same is true of Adeyemo. When Elizabeth Warren was given the job of standing up the Consumer Financial Protection Bureau in 2010, Adeyemo was foisted on her by Geithner as a chief of staff, but the two quickly developed a strong working relationship. Born in Nigeria, Adeyemo attended a poor public high school in Los Angeles before rising to where he is now. Along the way, he joined the board of Demos, a progressive economic think tank, and not a home for Rubinites. “Wally is extremely effective and has relationships across all parts of the party,” said Dan Geldon, himself a former Warren chief of staff. “That generally doesn’t happen by chance, it happens through a lot of hard work and listening over a long period of time.”

The difference at the Interior Department is also shaping up to be stark:

there are reportedly three people on Biden's short-list to lead @Interior: @SenatorTomUdall , @RepDebHaaland and Sen. @MartinHeinrich

all 3 are from New Mexico

all 3 are Green New Deal sponsors

Obama meanwhile tapped Colorado Sen. Ken Salazar to be his interior secretary. Salazar is one of the most powerful advocates of the oil and gas industry in the West, and he oversaw a boom in fracking.

At the Office of Management and Budget, where Biden tapped Tanden, Obama went with Peter Orszag, a deficit hawk who consistently hemmed in the party’s ambitions, before departing for a job at Citigroup. Tanden, while the Obama administration was still pursuing a reckless Grand Bargain with Republicans aimed at deficit reduction, publicly distanced the Center for American Progress from the deficit-reduction project. Biden’s alternative had been Bruce Reed, a deficit hawk so fierce he’d have made Orszag look dovish.

The National Economic Council comparison is even starker. Obama’s head of the NEC was Summers himself. His deputies were Jason Furman and Diana Farrell. Furman, an alum of the Clinton administration and a Rubin protégé, had been director of the Hamilton Project, which was founded by Bob Rubin. Farrell, after working for Goldman Sachs, was head of the McKinsey Global Institute.

Biden’s head of the NEC, Deese, has progressive critics pointing to his time at BlackRock, but he also has progressive supporters (including environmentalist Bill McKibben) in significant number, something Summers certainly neither claimed nor cultivated. Biden has named Cecilia Rouse as chair of the Council of Economic Advisers, a position held first in the Obama administration by Christina Romer, a progressive economist who was routinely overruled by the men on the economic team. Rouse served on the NEC at the end of the Clinton administration and on the CEA during the Obama administration. In a twist of history, the NEC itself was created specifically as a vehicle for Rubin to build a power center that would undermine the CEA. Her deputies on the CEA, meanwhile, are Jared Bernstein and Heather Boushey, both progressive labor economists. In the Obama administration, Bernstein served as Biden’s economic adviser and was known as the only voice on economics progressive could consistently rely on, though his position with the vice president excluded him from real influence.

On the foreign policy and national security front, the differences are slight. Where Sanders had pledged an end to forever wars, Biden is implementing a restoration of Obama’s approach in many ways. Where Obama named Clinton secretary of state, Biden turned to his longtime aide Tony Blinken. At the Pentagon, Obama kept in place Republican Secretary of Defense Robert Gates and named Michèle Flournoy undersecretary of defense. Post-administration, Flournoy and Blinken cashed in to create WestExec Advisors, a lucrative strategic consulting firm that helped tech companies win Pentagon contracts. Flournoy is the frontrunner for defense secretary, though Biden may be having second thoughts.

For national security adviser, Biden has selected Jake Sullivan, now 44, a wunderkind aide to Clinton, where Obama named Marine Gen. James Jones. Dennis Blair was Obama’s first director of national intelligence, where Biden has chosen Avril Haines, who was the administration lawyer who advised on the kill list.

And Rahm Emanuel has yet to be ruled out for a Cabinet post.

Overall, Biden’s choices for most positions, from the perspective of the more progressive wing of the party, aren’t necessarily good, but they’re not as bad as Obama’s either. Still, with millions facing eviction and destitution, and just a decade to turn the global economy around to avert a climate apocalypse, better isn’t good enough.