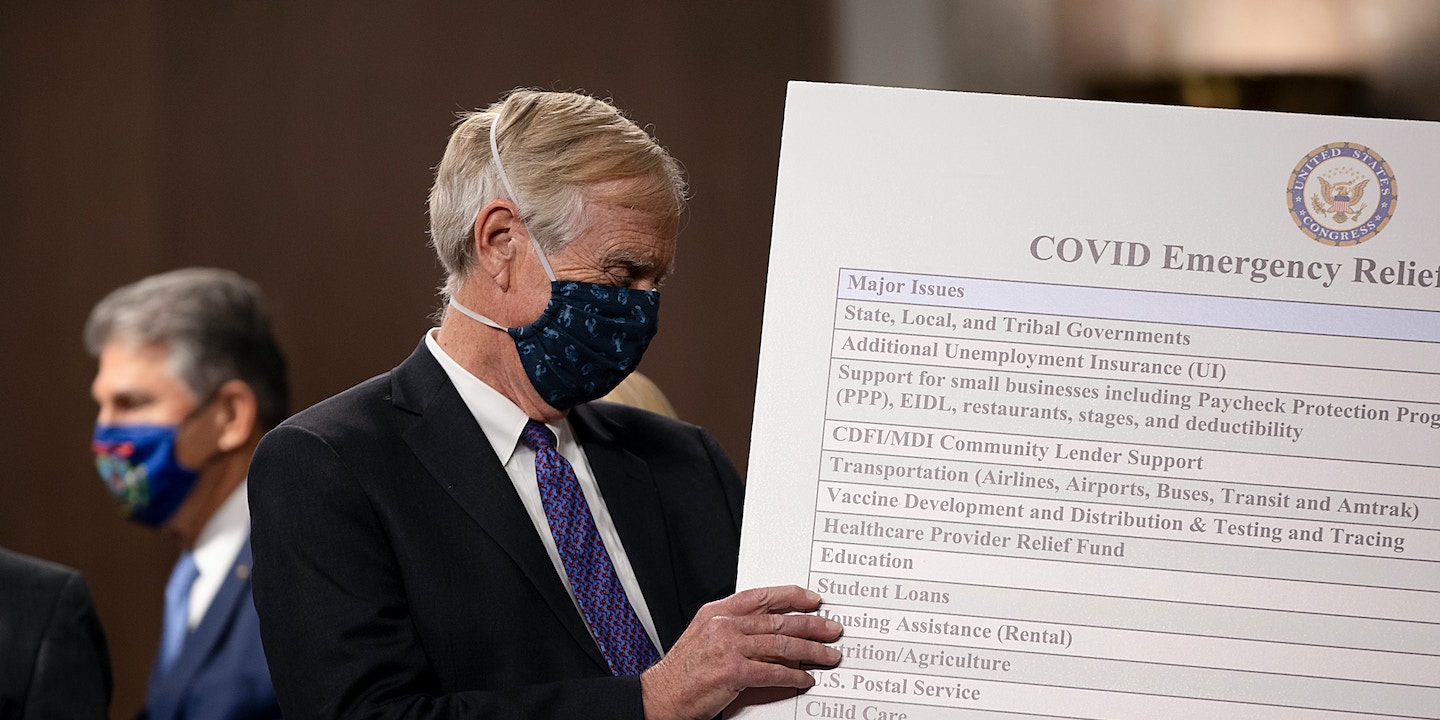 Tax provisions nested into the $2.2 trillion CARES Act passed in March are still paying dividends for major corporations, including a rule that has allowed tens of millions of dollars in tax rebates in recent months.

The continued benefits for the wealthy stand in stark contrast to the meager funds provided to working and middle-class families. Recent negotiations in Congress suggest lawmakers are unlikely to provide another wave of $1,200 stimulus checks, and political gridlock has stalled any hope for a dramatic aid package for those in need of direct assistance before the end of the year.

But, with little fanfare, the government is still mailing out coronavirus stimulus checks: The recipients are just large corporations, many of which have thrived during the pandemic.

The Internal Revenue Service is one of the many agencies tapped to process economic relief during the crisis, with a change that allows the government to issue generous retroactive business tax refunds for income taxes paid in previous years.

Amerco, the parent company of U-Haul, has seen hefty earnings this year as Americans have taken advantage of low interest rates and purchased homes in rural and suburban communities. Jason Allen Berg, the chief financial officer of Amerco, told investors in November that the company had just received $110 million in tax refunds from the IRS, with another $123 million pending, through a program designed to revitalize businesses harmed by the economic downturn.

Many other businesses have recently tapped the same pandemic-related tax programs to receive checks from the government.

Investor disclosures show that Kirkland’s Inc. received a $12.3 million income refund, Apyx Medical Corp. received $3.7 million, and Stericycle received $48 million in refunds — all by utilizing the retroactive income tax cut made possible by the CARES Act, the law enacted in March to respond to the crisis. Although earnings are down, the companies have reported profits this year.

The tax refunds relate to changes to IRS rules on “net operating loss” accounting rules, which refer to the amount a company deducts from its taxable income. The CARES Act included a provision that lifts the cap on the amount of losses that can be deducted and allows companies to carry back losses for five years, applying losses to pre-pandemic years with a higher income tax rate, before President Donald Trump’s corporate tax cuts. In other words, a profitable corporation can claim business expenses against years in which it paid a higher tax rate, resulting in a refund.

Unlike other economic rescue programs, this tax provision has no strings attached. Any corporation, even companies that did not suffer from the pandemic, can utilize this change to the tax code and request automatic refunds from the IRS. The money does not need to be used for maintaining employment. Any refund received through the program can be spent on dividends or stock repurchasing plans, or other giveaways to management and investors.

Earlier this year, shortly after the passage of the CARES Act, the Orlando Sentinel analyzed the impact of the “carry back” loss provision, finding that corporations immediately claimed as much as $7 billion in benefits from the change. The largest beneficiaries included Marathon Petroleum with $411 million in rebates, Ameriprise Financial with $220 million, and AmerisourceBergen, which claimed $191 million from the IRS.

“Congress could take a few steps to better focus loss relief to those who need it most,” noted Steven Rosenthal, a fellow at the Urban-Brookings Tax Policy Center, in a blog post on the provision. Rosenthal has written that the program needs to be pared back to business losses incurred only by small businesses.

But there is little interest in limiting the tax provision or extending new support for low-income individuals struggling with high unemployment and diminished economic prospects.

On Monday, a bipartisan group of lawmakers unveiled a plan to extend unemployment benefits, providing $288 billion for business assistance and $260 billion for local governments, along with a limited legal liability waiver to prevent lawsuits by customers and employees harmed by the pandemic. The plan eschews another round of stimulus checks, hazard pay for essential workers, or guaranteed payroll support, a plan discussed widely earlier this year.

Months of political stalemate has led leaders of both parties to gesture support for the new bipartisan plan, pushed by Sen. Joe Manchin, D-W.Va., and Sen. Susan Collins, R-Maine, and the centrist group in the House known as the Problem Solvers Caucus, which includes Rep. Tom Reed, R-N.Y., and Rep. Josh Gottheimer, D-N.J.