“What most surprised me,” said Alex Lasry, “is the fact that Milwaukee has all the same things as any city,” citing bars, restaurants, and an art scene. 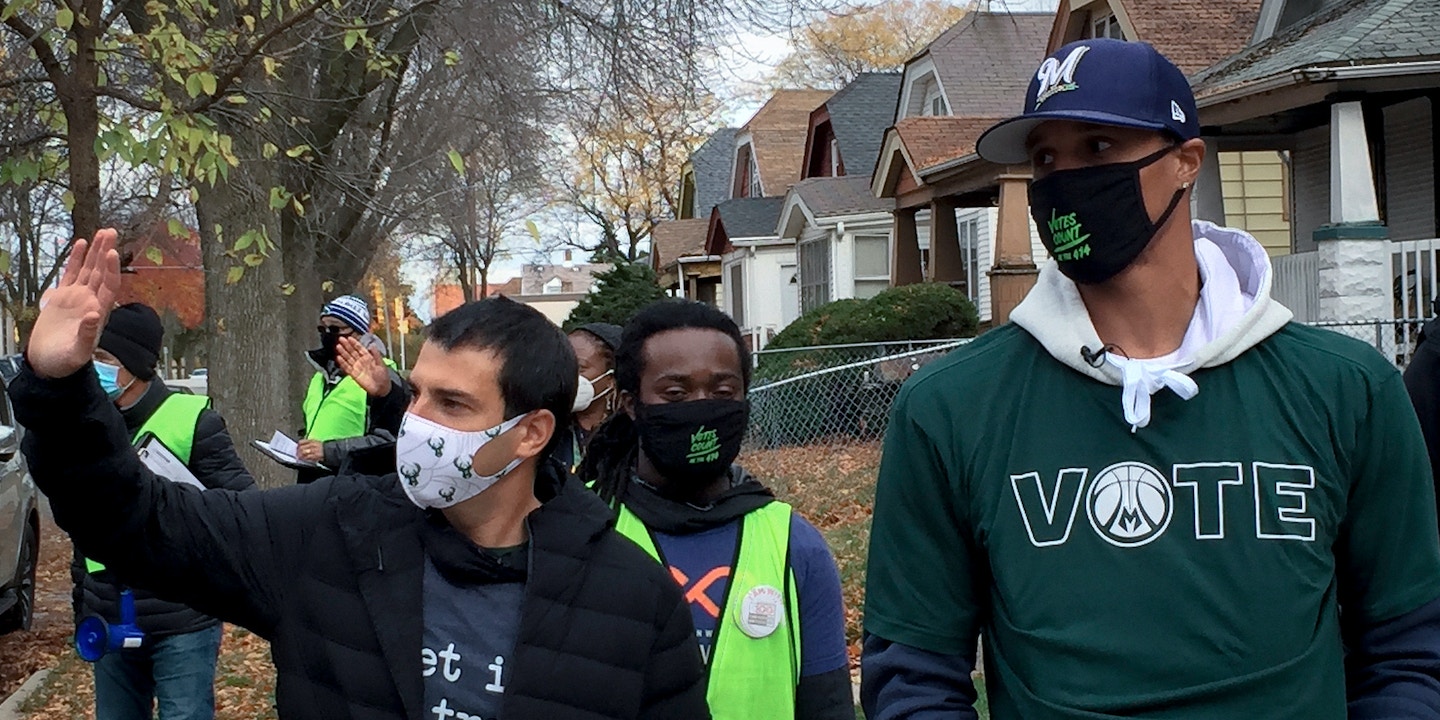 Lasry’s father owns the Bucks, and the 33-year-old Lasry said recently that his relocation to Wisconsin to work for the basketball team had come with the pleasant surprise that the state turns out to have many of the same cultural amenities as the cities on the coasts he had previously called home.

“I didn’t know much about Milwaukee; I knew the Brewers, I knew the Packers were in Wisconsin,” he said in a conversation with the Jewish Museum Milwaukee this past summer.

Lasry said that his first brief trip to Wisconsin involved canvassing for presidential candidate Hillary Clinton in 2008, but he never made it to Milwaukee until his father came to meet former Wisconsin Sen. Herb Kohl — of the Kohl’s department stores chain — about buying the Bucks. The deal was consummated in 2014, keeping the Bucks in Milwaukee, and the younger Lasry began working for the team in August 2014.

“I had been to Wisconsin one other time,” he continued. “I went to Oshkosh to help volunteer for Hillary in the primary in ’08 with my sister. That was it. My first time to Milwaukee was when we came to meet with Senator Kohl about possibly purchasing the team.”

Lasry describes Milwaukee as a hidden gem, whose virtues he wants to share with the larger world. “After I came here, you kind of quickly realized that people just don’t talk enough about Milwaukee,” he said. “It was kind of this really nicely kept secret in the Midwest. And I think it was just kind of our hope that we would be able to help be a part of showing everyone what I was able to see about Milwaukee.”

Alex Lasry’s career opportunities have consistently been connected to his father’s businesses or political giving. Though he doesn’t note it in his bio, Lasry began as an intern at Goldman Sachs during college, while Lasry’s father was a major Goldman Sachs client. Marc Lasry was a bundler for Barack Obama’s 2012 presidential campaign, gathering $500,000 for his reelection, and he led a Wall Street effort to restore relations with the White House after the president mildly criticized the financial sector. His son then scored an internship in the White House in the Office of Public Engagement, run by senior adviser Valerie Jarrett, who was one of the White House’s key links to the CEO class. The White House gig was his first job out of college, and he rose through the ranks of the office. From there, he returned to Goldman Sachs as an analyst in their government affairs department.

More recently, Alex Lasry helped lead the effort to bring the Democratic National Convention to Milwaukee in 2020 as finance chair of the city’s host committee. Lasry was also in the news this month for getting his Covid-19 vaccine, though the state’s 69-year-old governor had yet to get his.

“I came in with, kind of, just trying to keep an open mind about the city,” Lasry told the museum audience last July. “The only places I had lived in prior were New York, Philly, and D.C. — so kind of bigger East Coast cities. And when I came here, I think what most surprised me about Milwaukee is the fact that Milwaukee has all the same things as any city, especially any big city, has,” he continued.

“And I think when you think about smaller Midwestern cities, you don’t think of them as, ‘OK, they should be able to go pound-for-pound with a city like Chicago.’ Everyone’s always like, Chicago’s like the New York of the Midwest. And what I kind of learned was, Milwaukee has everything. It’s got a great local art scene, it’s got a great local food scene, two major sports teams that are killing everyone else — Packers if you want to include them, and you’ve got three. You’ve got a great bar scene, great universities. It just kind of had everything that you would want.”

Thad Nation, spokesperson for Lasry’s campaign, commented, “Alex has consistently stated that Milwaukee is a top tier city that the whole world needs to see. That’s why he led the effort to bring the 2020 DNC Convention, because he wanted to showcase Milwaukee and Wisconsin to the world. If you get outside the beltway and talk to Wisconsinites, they will all tell you he has continuously worked to uplift everything Wisconsin has to offer. That is exactly why he is raising his family here and will continue to be Wisconsin’s biggest advocate.”

Lasry announced his Senate candidacy in a video, touting endorsements from top local officials including Milwaukee County Executive David Crowley and Common Council President Cavalier Johnson. “We’ve been able to use progressive values to build a strong and profitable business,” he said in the video. He goes on to commit to supporting a $15 minimum wage and the PRO Act, a labor rights bill, adding that he believes corporations should “earn their tax cut” by raising wages.

So far, Outagamie County Executive Tom Nelson, the former state Assembly majority leader, is the only other Democrat to officially enter the August 9, 2022 primary, running as a populist-progressive from a part of the state where Democrats are in short supply. Speculation has also focused on Democratic state party chair Ben Wikler, a progressive activist, and Mandela Barnes, the state’s progressive lieutenant governor.

Ron Johnson, a staunch ally of former President Donald Trump, has not yet announced whether he will run for reelection. A Lasry-Johnson race would be a competition over which candidate benefited more from family privilege. Johnson’s wealth is linked to his father-in-law’s company. Johnson funded his first race with $9 million out of his pocket, but the company then paid Johnson “deferred compensation” of $10 million.