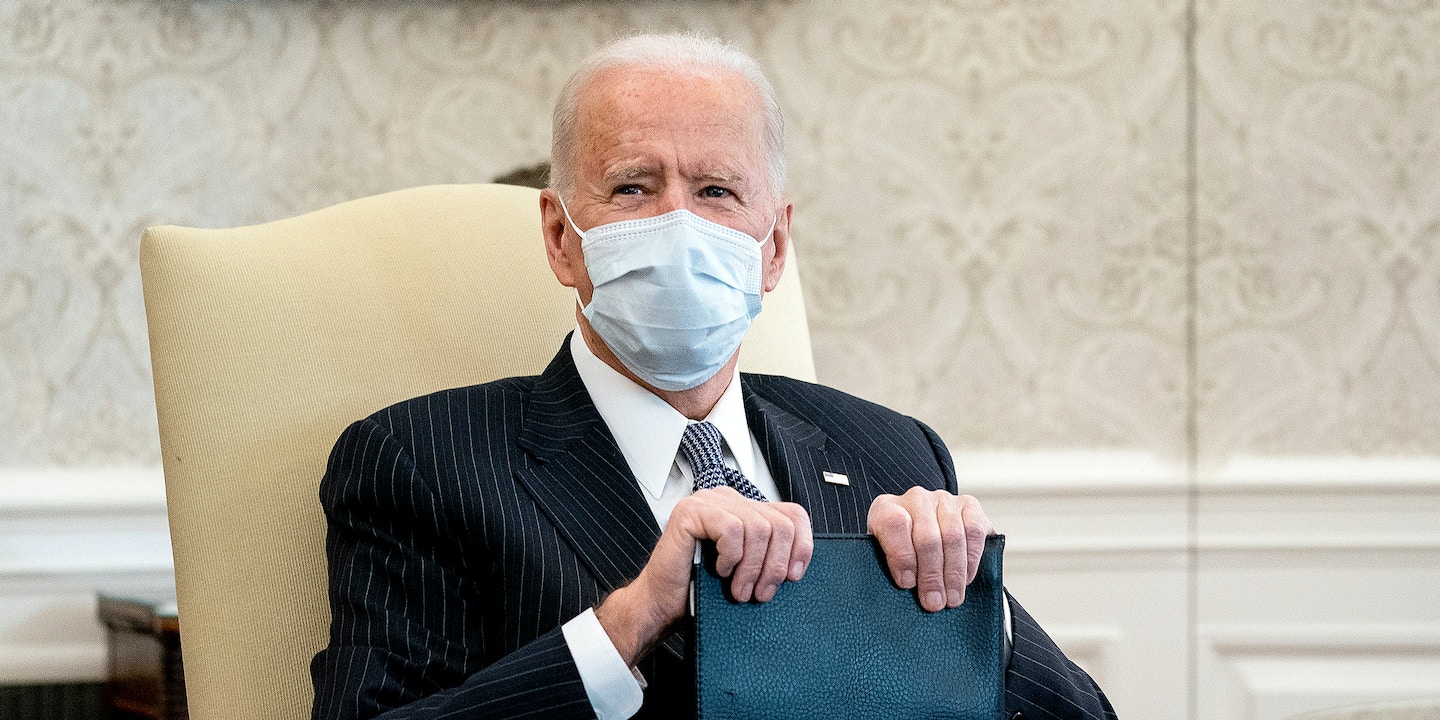 Only the Democratic Party can put together a $1.9 trillion relief package and manage to get on the wrong side of public opinion for being too cheap. Yet that’s where we’ve arrived after two months of debating the party’s stimulus, with centrist Democrats chipping away at the benefit structure by phasing out individual checks at a faster rate and pushing to shrink unemployment benefits as well as shorten the length of time extra benefits are paid out.

That’s on top of the political mess created by Democrats who continued promising $2,000 checks even after the first $600 had gone out to people in December and January. That left people believing what they were told: that another $2,000 was on its way.

The disappointment was unnecessary, conceived by Democrats placing their own artificial constraints on the bill and then negotiating among themselves within those constraints. They did it on unemployment too, with the Senate lowering the bonus pandemic benefit from $400 down to $300 in return for extending those benefits by a month and making the first $10,200 in unemployment tax-free.

But that disappointment may be blunted by other elements of the legislation that have gotten much less attention. Democrats haven’t been messaging about what’s in much of the bill, and Republicans have instead focused their ire on the estate of the late Dr. Seuss and on Mr. and Mrs. Potato Head, who now live under the single brand name of Potato Head. (Mr. and Mrs. Head, contrary to Republican hysteria, have in fact retained their respective genders. Only the umbrella brand name was tweaked.)

As a result, more than $1 trillion from the rest of the package is going largely under the radar.

The fluke in how the current policy was crafted — in fits and starts, spanning two administrations, two special elections, and a Senate takeover — gave an unlikely boost to the left wing of the party when it came to the checks. For the past year, Sens. Bernie Sanders, I-Vt., and Ed Markey, D-Mass., have been arguing that adults and their children and other dependents should be getting the same amount of relief money. In the Coronavirus Aid, Relief, and Economic Security Act passed last March, adult dependents were cut out entirely, and while adults got $1,200, dependents got $500. That meant a family of four banked a check for $3,400.

When Sanders and Sen. Josh Hawley, R-Mo., successfully argued for the inclusion of $600 checks into the December relief package, the figure was small enough that Sanders was able to win the argument to equalize adults and dependents. Everybody would get a flat $600, meaning that a family of four would get $2,400. But then-President Donald Trump, having sat out the negotiations, signaled that he would veto the package unless the figure was bumped to $2,000 and an assault on Big Tech was added to the bill.

In the House, congressional progressives, led by Rep. Alexandria Ocasio-Cortez, D-N.Y., quickly introduced an amendment to meet Trump’s $2,000, increasing the payments to $1,400. The current legislation, which adopted the amendment, kept the formula the same, equalizing payments between adults and children. That means if the new bill is enacted, a family of four would be on the receiving end of a one-time check worth $5,600.

The money doesn’t stop there. A new child tax credit, which would be implemented for just one year but that Democrats aim to extend, offers $3,600 for every child under 6 and $3,000 for every non-adult child above that age. The aim is to have the IRS send out a check each month to families making less than $150,000. (So that family of four above, if both kids are under 6, would get $600 each month if the IRS can administer the system effectively. If the kids are older, it would be $500 each month.)

The bill also includes billions in new subsidies for health care coverage, going to both Affordable Care Act plans and COBRA; a bailout of the child care industry; $50 billion for broadband upgrades; and billions toward full vaccination.

In the House, progressive Democrats are still fighting over the tightened eligibility for relief checks and resisting efforts to limit unemployment benefits, but so far there’s been no serious threat to block the package without the final set of demands being met. And Sanders himself is sending signals that he’s comfortable with where it’s headed: Asked Thursday about President Joe Biden’s tightened eligibility requirements for relief checks, he told CNN, “I think the main point is that we are doing something that is reasonably consistent with what we have done in the past.”

Ahead of the effort to pass a stimulus in 2009, chief of staff Rahm Emanuel told President Barack Obama that there was “no fucking way” anything with a “T” could get through Congress. This package is nearly three times the size of the one Obama pushed through. For more on what’s in it, listen to this week’s episode of Deconstructed.