Cuomo deployed the “WEP” to back male machine candidates over women with a real shot at winning. 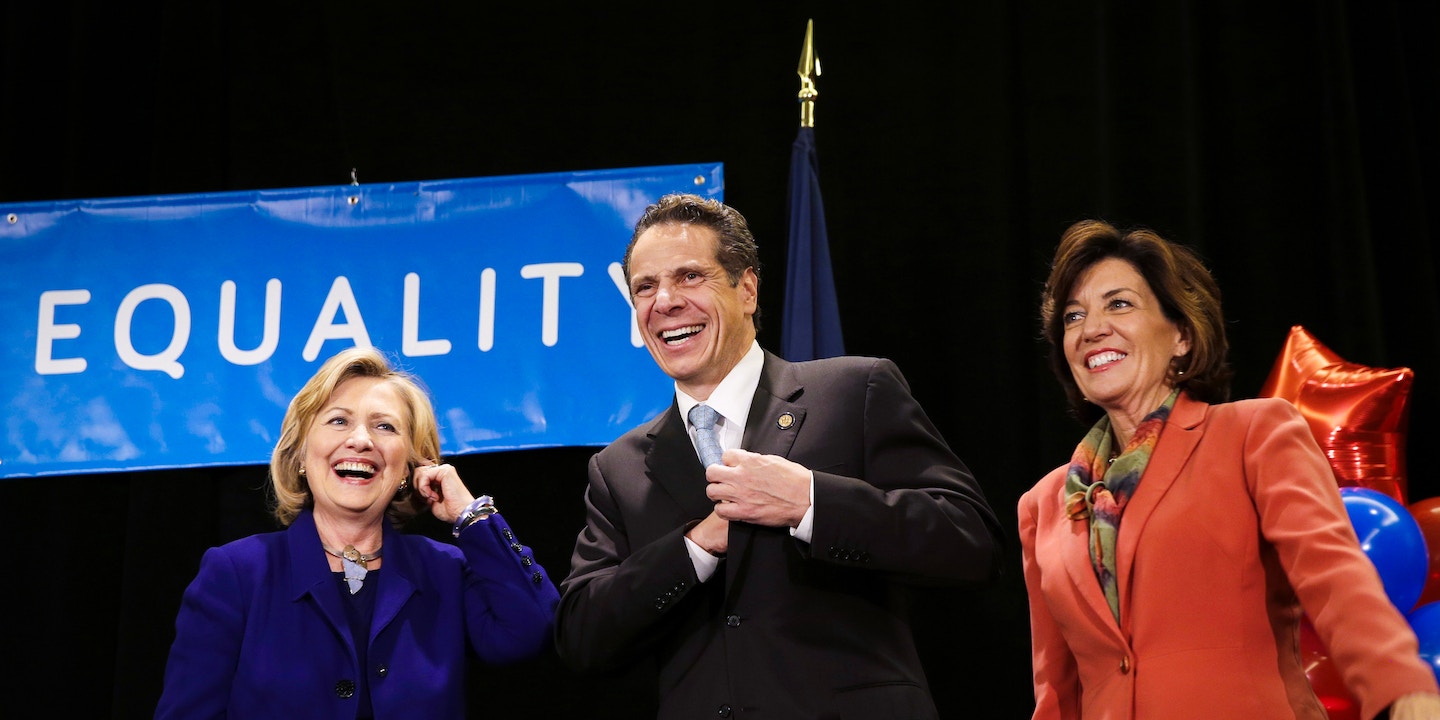 In 2018, Liuba Grechen Shirley was one of thousands of women across the country galvanized by the election of Donald Trump to jump into the political ring — but first, she had to grapple with child care. She couldn’t simultaneously stop working, run for Congress, and also pay for someone to watch her two kids, ages 3 and 1 at the time. Since child care was essential to her ability to campaign, she appealed to the Federal Election Commission to allow her to use campaign funds to put the kiddos away for the day.

Her Democratic opponent in the Long Island primary, DuWayne Gregory, argued that the FEC should bar such spending, reasoning that her children were her own responsibility. In a landmark decision, the FEC sided with Grechen Shirley, creating a precedent available today for parents running for office.

Unimpressed, however, was the Women’s Equality Party, a party in New York state with ballot access that — ostensibly — supported women running for office on a platform of, well, equality for women. The WEP weighed into the primary and endorsed Gregory, her male opponent.

I was a first-time candidate running for Congress with two babies.

The “Women’s Equality Party” refused to interview me, but endorsed my opponent — a man who said I shouldn’t spend my campaign funds on childcare. https://t.co/uJpk1NvhFE

When the New York Times came inquiring about the oddity, Susan Zimet, the chair of the WEP, more or less apologized and said that it was out of her hands. “I see that Liuba is running a pretty remarkable campaign; I admire her,’’ she told the Grey Lady. “But DuWayne came as a recommendation through our state committee person.”

It was no secret who controlled the WEP state committee Zimet was referring to: New York Gov. Andrew Cuomo, the same man who had founded the “party” four years earlier while facing an unexpectedly robust primary challenge from law professor Zephyr Teachout.

Gregory had run the previous cycle against incumbent Republican Rep. Peter King and been hammered by 24 percentage points, repeating a pattern of Democrats putting up machine-aligned candidates who didn’t seriously challenge King, who is a longtime ally of Cuomo’s, despite — or, perhaps, because of — coming from a different party. That same cycle, the WEP endorsed Cuomo ally Rep. Joe Crowley against challenger Alexandria Ocasio-Cortez.

Grechen Shirley ended up beating Gregory, and Cuomo gave her a half-hearted endorsement. At a rally with Grechen Shirley, he didn’t name King and afterward said he had no choice. “This is more the situation he is in,” Cuomo said of King. “He has a leadership that has sworn allegiance to the president that is anti-New York and I don’t believe situationally he can change it.”

King said that there were no hard feelings. “I don’t take it personal,” King told Newsday of the endorsement. “The governor is facing a primary from the left. … Andrew has to do what he has to do.”

At debates and town halls, King made clear he still had Cuomo’s support. “In the words of Andrew Cuomo, God bless Peter King,” he’d say.

King held on by 6 points against Grechen Shirley. First elected to Congress in 1992, King declined to run for reelection in 2020.

“Governor Cuomo thinks he can buy women’s votes by cynically creating a new party to advertise values he hasn’t fought for in office,” Teachout said in a statement in 2014. “A real Democrat would have already passed the Women’s Equality Act and would be fighting for paid family leave.”

In 2018, the WEP once again endorsed Cuomo, this time against Cynthia Nixon. Zimet was again apologetic. But what could she do? “Yes, Cynthia is a woman, and yes she represents a lot of our values, but we have a governor who literally created the party,” she pleaded to the Times.

The WEP was doing double duty on the ballot, aimed not just at voters sympathetic to women’s equality, but also as a hedge against a party with an almost identical acronym: the Working Families Party. In 2014, the WFP flirted with endorsing Teachout but won a set of promises from Cuomo and ended up endorsing him. He quickly broke all the promises, and the WFP endorsed Nixon in 2018, touching off a civil war that has led to the rapid fracturing of Cuomo’s political architecture.

That year, Cuomo and his running mate Kathy Hochul embarked on a tour of the state aboard the “Women’s Equality Express,” a pink-and-blue striped campaign bus.

The public has since learned that while Cuomo was cynically engaging in an identity politics bit that would have been too absurd even for the writer’s room at “Veep,” he was, according to at least six women who have since come forward, simultaneously sexually harassing subordinates and creating a hostile and abusive work environment for women and for men — though not for women and men alike.

Officials at the top of the Democratic Party, including New York Sens. Chuck Schumer and Kirsten Gillibrand, along with dozens of state senators and assembly members, have called on Cuomo to resign. The Women’s Equality Party, however, has yet to be heard from. In 2018, it fell beneath the required 50,000 votes needed to maintain ballot access.