People incarcerated at a Texas federal prison describe multiple health hazards, including a careless response to the coronavirus. 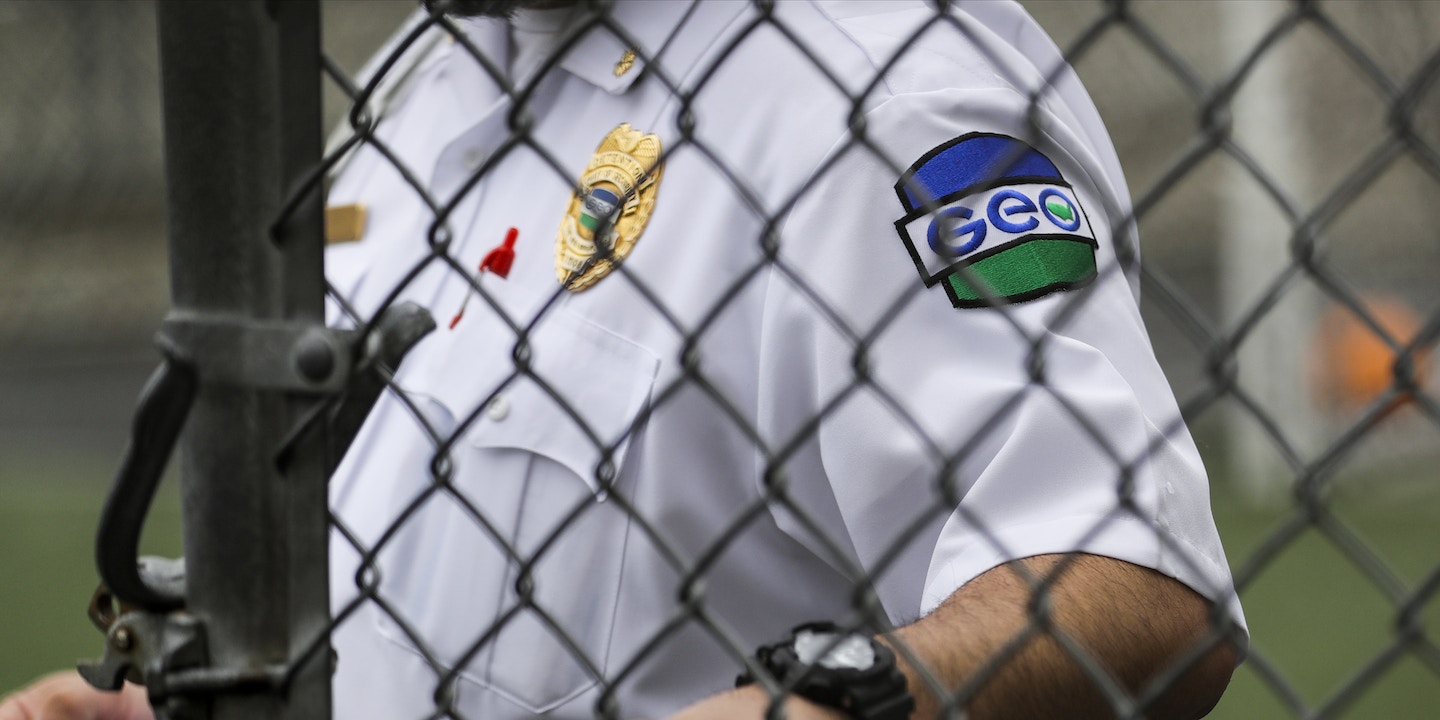 In early March, a group of inspectors from the Bureau of Prisons visited the privately run Federal Correctional Institution Big Spring in Howard County, Texas. According to two people incarcerated there, prison staff ordered them to wear masks — even though they hadn’t been given new ones in weeks and were not otherwise being required to wear them. Despite various requests to speak with the BOP inspectors, they claim that no one from their unit was allowed to do so.

In correspondence and interviews with The Intercept, however, several people currently incarcerated at Big Spring described a careless response to the spread of the virus at the prison, where hundreds of people have so far contracted Covid-19.

“When we would tell the doctor ‘hey, we’re sick,’ they didn’t want to report that there were people with Covid in here,” wrote Alexander, who’s been imprisoned at the facility for seven years on a drug offense. “That’s how they operate, they don’t tell the [Bureau of Prisons] that there’s Covid here, because the BOP is going to send people, keep doing transfers here.”

When he first asked for a Covid-19 test in November, Alexander said, “they were telling me ‘no, no, what you have is a cold.’ What do you mean a cold, my back hurts, I don’t have a sense of smell.” By the time the prison made testing available, most of his wing was sick. (Alexander and other incarcerated people are being identified pseudonymously at their request to avoid retaliation.)

Others incarcerated at the prison spoke of general health and sanitation hazards, exacerbated by the extreme weather conditions in the state that cut off the prison’s water supply in mid-February. For two weeks following the inclement weather, several detained people said that they were unable to bathe and were using a large plastic bag as a communal toilet. Alfredo Echevarría Ríos said that the three daily bottles of water he and others were getting weren’t enough to drink, brush their teeth, wash their hands, and clean themselves. “I’m full of parasites, I’m going to the bathroom six times a day, there’s even blood [in my stool], and they don’t care at all,” he said, referring to prison staff.

Big Spring is one of about a dozen private Criminal Alien Requirement, or CAR, prisons where noncitizens who are serving federal sentences, in many cases for border crossing convictions, are imprisoned; they are considered to be likely deportable once they are released from criminal detention. At another such prison, the North Lake Correctional Facility in Michigan, The Intercept investigated the death of an elderly detained person from Covid-19 after he was refused treatment last year.

These prisons are operated by the GEO Group, a private company with eight separate prison contracts with a combined capacity for around 10,500 federal offenders, according to BOP records. Another GEO Group prison, the D. Ray James facility in Georgia, closed at the end of January after its contract lapsed. In late January, President Joe Biden issued an executive order on terminating the federal government’s use of such private prisons, including Big Spring. But there was a catch: Biden’s order only deals with contract renewals, meaning that facilities will remain open until their existing contracts run out. According to GEO Group Securities and Exchange Commission filings, the Big Spring facility is up for a contract renewal at the end of November, while other facilities have contracts that won’t end until 2022.

A 2016 investigative series in The Nation documented preventable deaths and official negligence at various CAR facilities. This reporting in part prompted the Justice Department’s announcement, toward the end of Barack Obama’s presidency, that it would terminate its private prison contracts. The policy never came to pass; the decision was quickly reversed after the inauguration of Donald Trump.

Biden’s order does not speak to oversight of the facilities until their contracts run out, and the administration hasn’t otherwise publicly spoken about implementing new accountability structures to ensure that private detention providers are maintaining the health and safety of people in their custody — despite a mountain of evidence that abuse is rampant in their facilities. A White House spokesperson referred questions to the Justice Department, which houses the BOP. The BOP did not respond to questions about plans for oversight of its CAR contract facilities, the transfer of people out of closing prisons, or the March visit to the facility. The GEO Group did not respond to questions about the conditions at Big Spring or safety planning going forward.

Detention reform advocates want to press the issue but feel that the federal government isn’t providing an avenue for these concerns to be aired and addressed. “Everyone’s like, ‘Where are the stakeholder engagement meetings, where’s this and that?’ Nobody’s there to do what we’re asking them to do,” said Silky Shah, executive director of Detention Watch Network. “At this stage, they haven’t done anything at all, or said anything at all, to indicate a shift on detention conditions.” 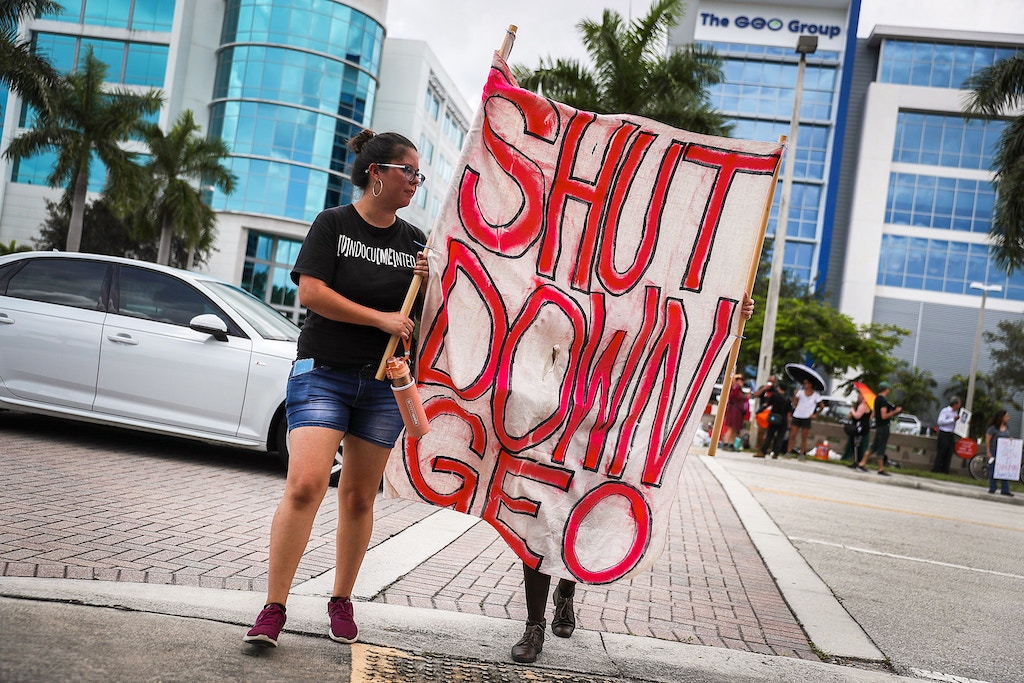 Alessandra Mondolfi, left, joins other activists and protesters, including the group Never Again Action, as they protest outside the headquarters of the private prison company GEO Group in Boca Raton, Fla., on Aug. 12, 2019.

According to BOP data, as of March 15, 530 people have been recorded as contracting Covid-19 at Big Spring, more than twice the number of the next highest count at a CAR prison. This is almost certainly an undercount, given incarcerated people’s accounts of the unavailability of widespread testing. At least one person officially died from complications related to the virus while the rest are recorded as having “recovered.” It’s not clear what standards the GEO Group or the BOP use to determine recovery, particularly given that some patients are “long-haulers” who experience devastating symptoms for prolonged periods of time. Despite this record, staff still seem pretty lax with regard to controlling transmission.

Videos recorded inside Big Spring in recent weeks and shared with The Intercept show men in close living quarters, maskless. One, taken February 18, shows rows of bunk and lockers, apparently all occupied. “I think we’re going to die here, I swear,” said Echevarría Ríos. “They gave us one mask a month ago, a cloth mask that we’re supposed to wash.”

Michel, a detained person in his late 20s, said that he’d insisted on getting a test for days before he finally got back a positive result late last year. Instead of receiving treatment, he was isolated for 11 days and then sent back to his unit, without a new test that could have shown whether he was still contagious.

James, who is one of the few Black African, English-speaking people detained at the facility, said that people with and without Covid-19 symptoms were constantly being mixed together. He claims that about 30 symptomatic people were put in an isolation area, and then “they bring in people from different areas, like people that go to school and go to GED, they brought them in here,” referencing incarcerated people from other units in the prison who convene to take classes. He also believes that he is being discriminated against because of his race, claiming that on several occasions he has been given an incorrect dosage or even altogether wrong medication for his severe asthma. He said that he has filed complaints to the Department of Justice Office of the Inspector General about conditions at the facility but has heard nothing back. Michel also said that he has been given incorrect medications.

“We take care of one another, but there’s no distancing, we don’t have masks.”

Those who have been infected with Covid-19 say that prison staff have not had a very cohesive or aggressive response. “We would basically try to medicate ourselves, take care of ourselves, but this unit is full of people, and they’ve brought in people from other places, other units,” said Alex. “We take care of one another, but there’s no distancing, we don’t have masks.” Two incarcerated people told The Intercept that they are charged $2 to go to the doctor, a cost that can be prohibitive for those who don’t have family or friends to fill their commissary accounts.

Beyond the Covid-19 risk, the facility appears to be a constant health and safety hazard unfit for habitation. A separate video recorded in mid-January depicts toilets overflowing with feces and broken showers that appear inoperable. Things got worse with the extreme weather events. “They’re bringing us this water from what I think are wells, because it’s brown,” said Ezequiel, another detained person, on February 18. A video taken four days later shows what look like dirty Tupperware bowls and plastic forks, which people say they are unable to wash without water. In another, they display a bag of hamburger buns that they claim they were given to eat, which had expired 10 days prior. The undersides of the buns appear to be developing mold. 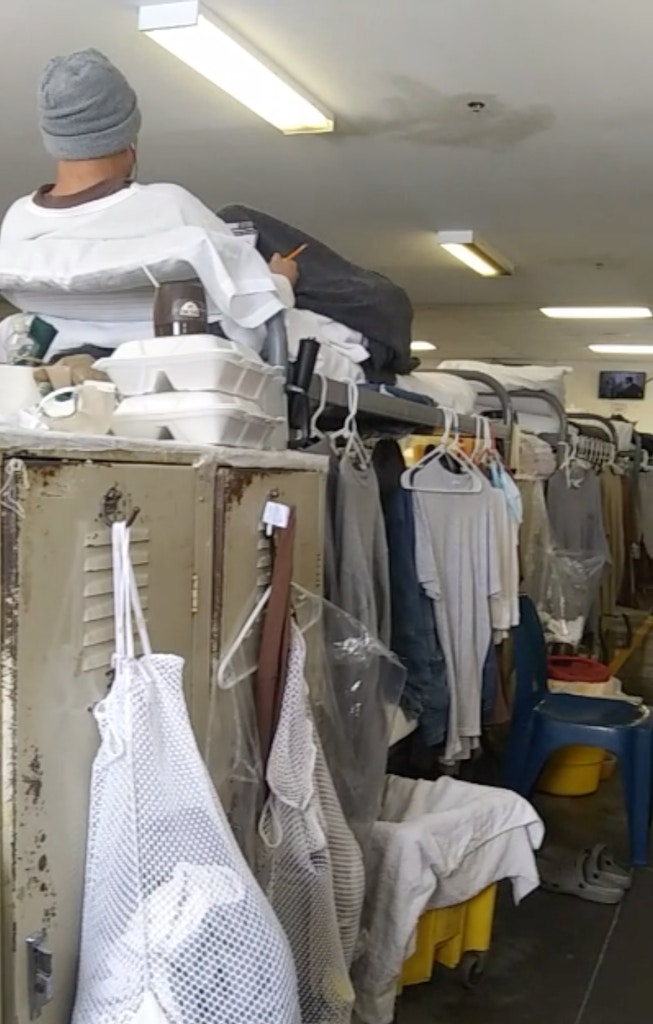 Still: Obtained by The Intercept

Many of the people incarcerated at Big Spring fear that unless conditions dramatically improve or they’re released, they might spend their last days at the prison. So far, the BOP has acknowledged a total of 225 coronavirus-related deaths of people in federal criminal custody, including 15 at CAR prisons. While other people in BOP custody have several avenues for early and humanitarian release, criminal justice measures like the 2018 First Step Act had specific carve-outs for large groups of noncitizens, preventing them from accessing several of these options. For those who do manage to get released, what awaits is typically not freedom but landing in immigration custody.

Several facilities that ICE has recently used to expand its detention footprint are former prisons themselves and are run by the same large private prison contractors, including the GEO Group. “A lot of these facilities have been recycled over the years,” said Shah. It’s even conceivable that some people might remain at the exact same facilities, which will transition from criminal to immigration detention without almost anything changing.

For the people incarcerated at Big Spring, the entity signing the GEO Group’s checks is beyond the point. They just want to survive until their release or deportation. “This is not what most of us bargained for,” James said. “Some people here came with federal sentences, they pleaded guilty, but they didn’t come here to serve a life sentence, that they might live and die here.”