But Biden had expressed openness to extending the payment moratorium beyond that point. 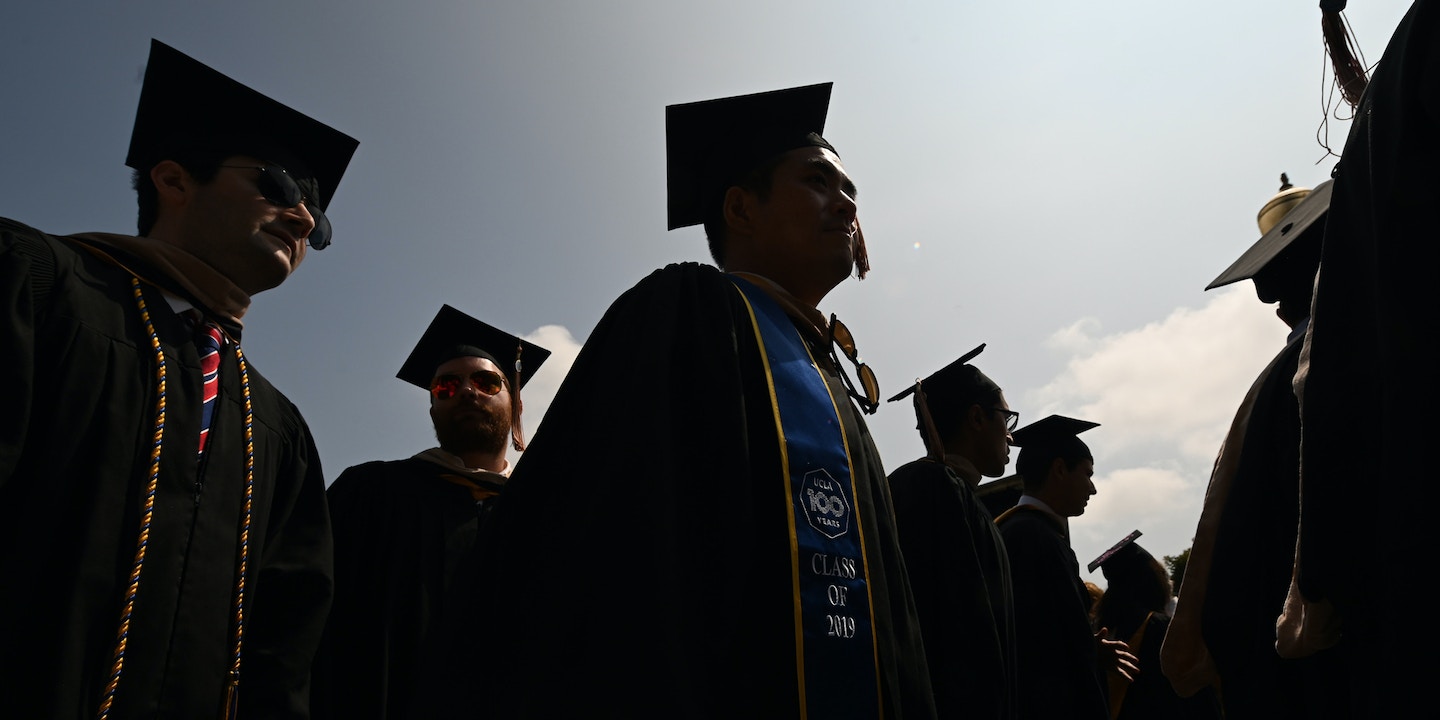 A coalition of liberal think tanks and nonprofits has released a memo advising the White House on how to “successfully transition” student loan borrowers back onto repayment plans when the Biden administration’s Covid-19 pause ends September 30.

On his first day in office, President Joe Biden extended a moratorium on federal student loan payments first put in place by the Trump administration. On January 22, Biden said his administration may need to look even beyond that September date.

Instead, the March 15 memo — from the Center for American Progress, New America, the National Association of Student Financial Aid Administrators, the Institute for College Access and Success, and the Pew Charitable Trusts — spells out steps for recollecting payments from tens of millions of borrowers. Antoinette Flores, managing director for postsecondary education at the Center for American Progress, told The Intercept their recommendations were  “not intended to encourage starting repayment.” Flores pointed to other approaches CAP has advocated for including debt cancellation of at least $10,000.

The memo comes as Senate Majority Leader Chuck Schumer, D-N.Y., has upped pressure on the administration to unilaterally forgive up to $50,000 in such debt. He and Sen. Elizabeth Warren, D-Mass., have introduced legislation to accomplish the same goal.

The liberal groups, meanwhile, recommend “intensive, targeted outreach” to borrowers who struggled with repayment before the pandemic, and encourage the Department of Education and the Office of Federal Student Aid to help enroll more borrowers in income-driven repayment, or IDR, plans. The memo also endorses providing “short-term, penalty-free periods” of nonpayment to borrowers “who exhibit signs of stress” after the moratorium ends. The memo says the agencies should clarify how automatic payments will work once the hammer is brought back down.

Marshall Steinbaum, an economics professor at the University of Utah and a senior fellow on higher education finance with the Jain Family Institute, said he was troubled to see the memo. Many progressives who were hoping Biden would cancel a significant amount of student debt “put our hopes secondarily in the idea that this repayment pause would be extended indefinitely,” he said, lamenting that the aforementioned think tanks “treat it as a given” that borrowers will be transitioning back to their plans in the fall.

Steinbaum said one of the major shortcomings of the memo is its failure to acknowledge the ways in which the student repayment system was broken before the pandemic and its silence specifically on the weaknesses of IDR plans. “The substance of the memo dials back to conventional wisdom circa 2019,” Steinbaum said.

Riker Pasterkiewicz, a spokesperson for New America, defended the emphasis on IDRs, calling them “a critical safety net for borrowers whose investments in high education don’t pay off.” He pointed to research which has found IDR plans lower borrowers’ monthly payments and protect them from defaulting on their loans. New legislation passed by Congress will also make it easier for borrowers to persist in those programs without substantial paperwork burden, Pasterkiewicz added. Shannon Serrato, of the Institute for College Access and Success, declined to comment. Flores, of the Center for American Progress, said while IDRs are an important tool for borrowers, “the option, like many aspects of our debt-financed higher education system needs major improvement.”

The Congressional Budget Office published two reports in 2020 on student debt, which among other things found that the balance of outstanding federal student loan debt increased more than sevenfold, from $187 billion to $1.4 trillion, between 1995 and 2017. The CBO said one factor was IDR plans, which often have required payments too small to cover the interest that accrues on the loan. The CBO noted that between 2010 and 2017, the number of borrowers in IDRs spiked, with about 45 percent of the volume of direct loans being repaid through income-driven plans in 2017, up from 12 percent at the start of the decade.

Steinbaum published his own research on IDRs in 2020, finding evidence of “a significant and growing repayment gap” between white borrowers and borrowers of color. Steinbaum said he agrees with New America that the IDRs work well at reducing default and delinquency, but what they don’t actually lead to is repayment, because borrowers don’t actually earn enough to do so. “No one believes these loans are ever going to be repaid,” Steinbaum said. “The only question is who’s going to suffer and for how long before the political system assimilates that.”

The Biden administration has yet to nominate a permanent replacement to lead the Office of Federal Student Aid, though several news outlets reported earlier this month that Abigail Seldin, a former executive at a debt collection company that fought the discharge of student loans in bankruptcy, was under consideration. Biden’s Acting Assistant Attorney General Brian Boynton of the Justice Department’s Civil Division also came to former Secretary of Education Betsy DeVos’s defense in February, writing in a joint court filing that she should not have to testify about refusing to forgive loans of students ripped off by for-profit colleges. Boynton previously represented the for-profit colleges’ main trade group and even wrote a 2010 Supreme Court brief for them in support of the University of Phoenix, one of the country’s largest for-profit colleges. Boynton and other Justice Department lawyers argued that subpoenaing DeVos in civil litigation was unjustified.