This isn’t about wokeness. It’s the latest chapter of white supremacist backlash — and we can’t let it succeed. 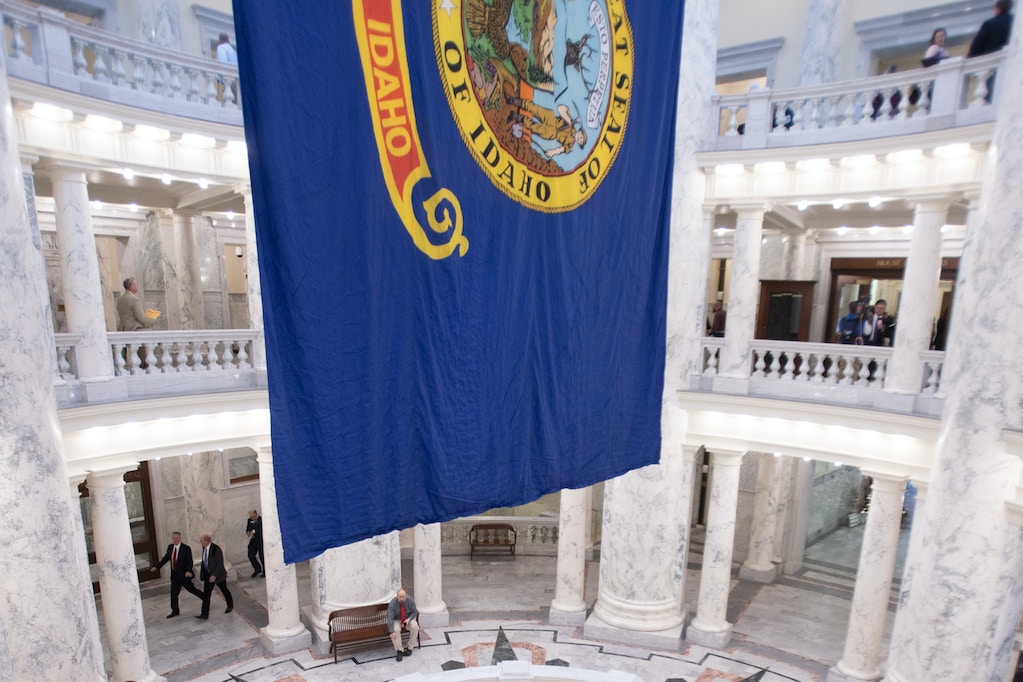 Idaho is one of the whitest states in the country. Ninety-three percent of its current population is white. It is rich in white supremacist history — home of the once powerful Aryan Nations and a go-to destination for neo-Nazis and Klansmen. The Aryan Nations disbanded a decade ago, beleaguered by lawsuits, but the fascist legacy lives on: Idaho remains one of the leading states for hate crimes.

Like so many places where hegemonic whiteness goes almost unchallenged, the panic over defending it is heightened. The dynamic is all the more pronounced in our era of Trumpian white nationalism. Idaho’s Republican-controlled state government is now among the most aggressive in its backlash against the slim possibility that its education system could address — dare we speak the words — structural racism, patriarchal power, and the violent realities of U.S. history.

President Joe Biden rolled back the Trump administration’s attempted federal ban on “critical race theory” — a term so garbled through reactionary misuse that its history in Black-led legal scholarship is consistently forgotten. State-level Republicans have picked up the white fight with gusto.

In Idaho, Republican lawmakers introduced a bill last month condemning anti-racist, anti-sexist education initiatives for raising “racist or sexist concepts.” If passed into law, schools and colleges could lose considerable state funding if found to teach about unconscious bias; that an “individual bears responsibility for actions committed in the past by members of the same race or sex”; that “merit-based systems are either racist or sexist”; or that “the state of Idaho is fundamentally racist or sexist.” The Idaho Senate also recently voted to cut $409,000 from the Boise State University’s budget, the precise amount that the school spends on social justice programs.

Recent efforts to penalize teaching about racism and sexism are straight out of the Republican moral panic playbook. Absurdist as they are cynical, the initiatives are drenched in Trump-style hyperbole.

It feels redundant to point out that it is the “cancel culture”-obsessed American right who is in fact the most committed to state censorship. Crying foul on hypocrisy is a losing game. What must be taken seriously, however, is the nature of the backlash that this white paranoia represents. We’re not, as some media commentators suggest, simply observing an understandable conservative reaction to all-too-woke, out-of-touch liberal overreach. This is a white supremacist retaliation to an upsurge in Black liberation struggle, in the wake of potent Black-led uprisings.

When highly charged debates about critical race theory get reduced to posits of a “culture war” over free speech and censorship, crucial historical context is lost. Reactionary efforts, like those underway in Idaho, are not primarily part of a history of defending conservative ideas against left-wing dogma, as they are framed. They are defenses of dominant white standing in society. The racial dominance was once constitutionally and legally enshrined and now persists through historically cemented socioeconomic and political structures. It plays into the hands of the racist far right when we treat these efforts as relating to “wokeness,” rather than part of a history of highly effective white supremacist backlashes.

The American ideology of unchallenged white standing in society traces back to colonial expansion and “manifest destiny”; it undergirded the end of Reconstruction, as Jim Crow laws, and upholds ongoing racist carceral justice, exploitation, and disenfranchisement.

Contra the mythic progressive bent of history’s arc, the fact is that every era of white supremacist backlash to Black liberation struggle has been incredibly successful. And these reactionary successes have consistently relied on the very erasure of histories of Black, Indigenous, and queer feminist struggles that the current attacks on progressive education ensure. In other words, we are in such an era of backlash now.

It is not that critical race theory or challenges to heteropatriarchy are universally well taught in the current public education system — if they are applied at all. Examples abound of shallow diversity initiatives and purported reckonings with white privilege that fail to address the historic construction of whiteness-as-privilege.

Particularly when it comes to childhood education, it is no easy task to convey, for example, that white and Black are not just skin-color categories. Attempts, though, are being made to chart a path forward, like the Pulitzer Center’s “The 1619 Project” curriculum, which highlights how even young children can be taught to understand the U.S.’s foundation as an expansionist settler colony built on slavery.

The problem, of course, is not that histories of domination and their ongoing legacies are too difficult to teach, but that there is powerful investment in maintaining the very historical myths that ensure the hierarchies of racial capitalism are not undone. Cedric Robinson, a seminal scholar of the Black radical tradition, described the post-Reconstruction era efforts to ideologically entrench white standing as “the rewhitening of America.” Necessary to that “rewhitening” — the shoring up of white dominance — was the cultural and educational cover-up of the history of the nation’s “racial regime.”

There will be no convincing the Trumpian lawmakers and their supporters seeking to foreclose a reckoning with racism and colonialism. It will do no good to argue with the politicians in Idaho, and elsewhere, who are acting in base-pandering bad faith and with deep racist conviction. On a level of national discourse, the right-wing frenzy is aided by both a liberal weaponization of diversity that fails to address the operations of race and gender at a level of class, as well as an ignorant strain of the left that refuses to understand the material nature of capitalism as situated in racialized and gendered domination. The tired arguments over identity politics and class reductionism will not be settled here.

Simply, our goal must be to reject the terms of a debate over anti-racism and anti-sexism in education that sees an emergence of a new woke mob facing off against overly defensive conservatives. When framed, as the efforts in Idaho and beyond should be, as ideological attacks in the mold of Robinson’s “rewhitening,” the question of where we stand on such so-called cancel culture battles should be clear: with the forces that refuse to see another white backlash win the day.