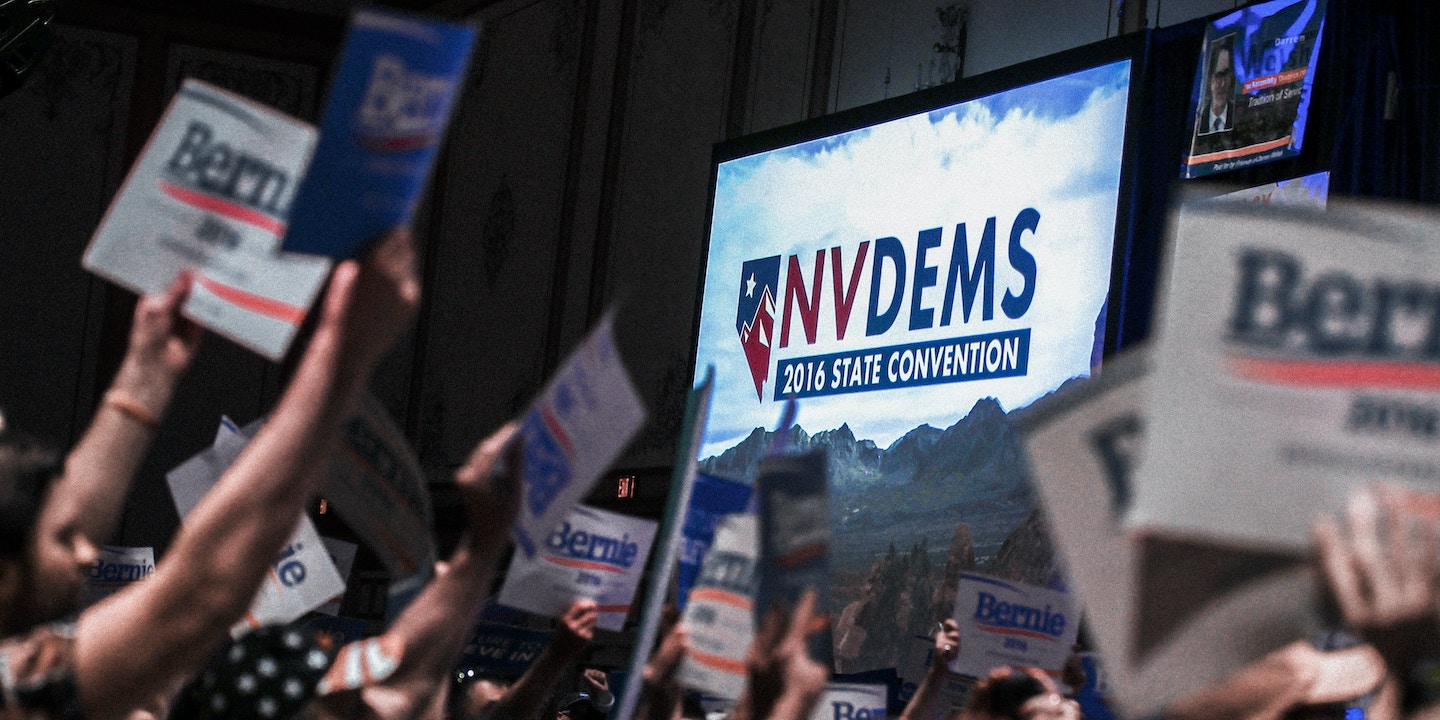 Just over a month after the staff of Nevada’s Democratic Party quit rather than work alongside an incoming slate of candidates backed by the local chapter of Democratic Socialists of America, taking $450,000 and severance with them, the party’s new leadership has raised that money back with some to spare.

The Nevada Democrats have raised $530,000 from more than 16,500 contributions since the March 6 elections, when a progressive slate of five candidates — one incumbent and four newcomers — took over the party, beating the preferred picks of the local machine. The figure includes $100,000 raised on their own within a few weeks of the election and a boost in contributions with help from national progressive allies like Sen. Bernie Sanders, I-Vt., Rep. Alexandria Ocasio-Cortez, D-N.Y., and Rep. Cori Bush, D-Mo., who sent fundraising emails over the last several weeks on the party’s behalf.

The battle between the state’s progressive coalition, which includes the Nevada organization Left Caucus and a growing contingent of DSA, and the local party apparatus, led by allies of former Senate Majority Leader Harry Reid, reached national prominence in 2016. During Sanders’s 2016 run for president, Reid and then-Democratic National Committee Chair Debbie Wasserman Schulz chastised the Sanders campaign for shutting down Nevada’s Democratic caucus. The tension escalated when Sanders won the caucus in 2020, and progressives who built local infrastructure during the 2016 cycle started to see the fruits of their labor. After Sanders ended his second presidential bid, they were determined to keep that momentum. But the party had other ideas.

When Judith Whitmer, founder and chair emeritus of Left Caucus, won the March 6 election for state party chair, her predecessors did not only almost empty the state party’s accounts, but they also funneled the money to the Democratic Senatorial Campaign Committee and notified Whitmer that all their consultants had terminated their contracts. The DSCC will use the money to support the 2022 reelection campaign of Sen. Catherine Cortez Masto, D-Nev. In the runup to March 6, Cortez Masto asked Whitmer to drop out of the race and approached her opponent, Clark County Commissioner Tick Segerblom, a Sanders ally who is more established in the state party, to run.

Some former party staff have since reached out to the new team to support the transition, Whitmer told The Intercept, and things have been going more smoothly since the election.

“The outpouring of support nationwide has been incredible,” Whitmer said, pointing to small-dollar donations and contributions from groups like the Progressive Change Campaign Committee and Our Revolution. The party also has good relationships with the DNC and the Association of State Democratic Chairs, she added, which “puts NV Dems in a good position to really move forward on the work that we want to do.” That work includes boosting Democratic enthusiasm for the 2022 midterms, when voter turnout is likely to dip; going door to door to educate people about their benefits under the latest federal coronavirus relief package; and working to build support for signature policies like Medicare for All.

“We see it as a unique opportunity, even though there was a little bit of a bumpy transition,” Whitmer said.

Only a few smaller consultants stayed on after the election, so the party will need to develop consulting relationships “pretty much from scratch,” Whitmer said, and make efforts to work with minority consultants. As they work to keep voters engaged during the midterms and elect down-ballot candidates, Nevadans will be paying close attention to whether the White House keeps its promises to the state’s Black and Latino voters who delivered for President Joe Biden, which could impact voter enthusiasm in 2022.

Despite the promising fundraising results, the party will have to combat Republican fearmongering about an influx of socialist thinking in the Democratic Party. The messaging seems to have reached at least one prominent Democrat outside party leadership: John J. Lee, the supposedly Democratic mayor of North Las Vegas who voted twice for former President Donald Trump, said last month’s elections made him switch to the Republican Party, according to the Nevada Independent. But the new party plans to meet the challenge head-on: They will explore running their own candidates in Republican-leaning districts, something the machine has historically discouraged.