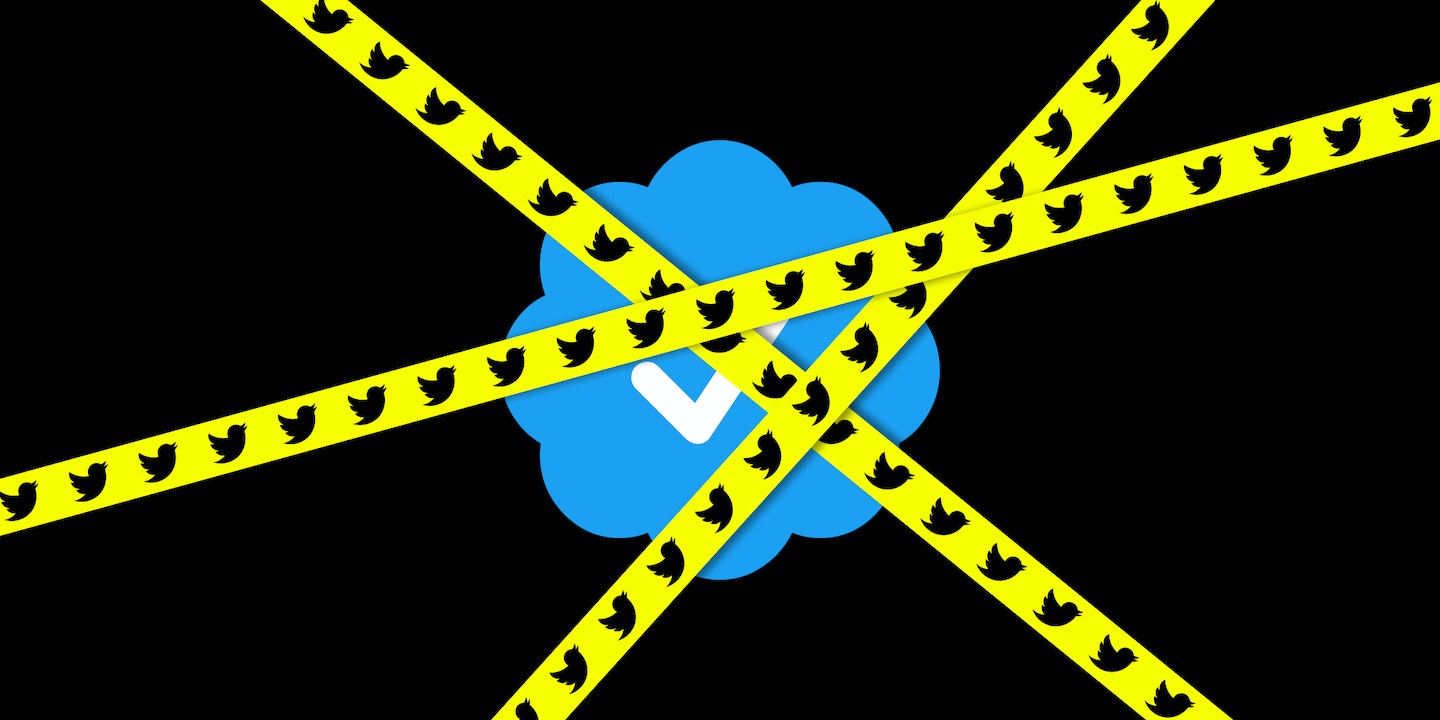 Twitter is refusing to verify the accounts of many primary candidates running for Congress in 2022, putting upstart contenders at a disadvantage and suggesting the social media giant is, at least for the moment, ambivalent about its influence over elections.

Erica Smith, a state senator in North Carolina now running in the 2022 primary for Richard Burr’s soon-to-be-vacant U.S. Senate seat, has raised over $111,000 so far — the second most out of nine Democratic candidates, according to campaign filings. But Smith’s Twitter account continues to lack a blue checkmark. Though Twitter verification isn’t enough to sway an election on its own, the badges establish a candidate’s legitimacy, lending them a sheen of credibility, and helping to expand their reach on social media — crucial steps for candidates running with less institutional and financial support.

Twitter has not yet laid out an official verification process for the 2021 special elections for U.S. Congress and the 2022 state and federal elections, according to Twitter spokesperson Trenton Kennedy. Kennedy said he did not know when the platform plans to roll out a new policy and that Twitter hasn’t decided whether it will verify primary candidates. Of the 20 candidates in this year’s upcoming special elections who have active Twitter accounts, just six accounts — three Democrats and three Republicans — are verified.

Twitter’s verification policies have varied widely in past elections. Up until December 2019, the company stated it would only verify candidates in general elections (although many well-connected campaigns could get around this policy by speaking to Twitter employees or using other back channels, according to two social media strategists). It wasn’t until The Intercept published an article in October 2019 exposing how being unverified hurt primary challengers that Twitter vowed to verify candidates in 2020 state and federal primaries.

In order to qualify for verification under the 2020 policy, candidates had to meet Ballotpedia’s threshold for official candidacy, which involved registering with a campaign finance agency and appearing on official lists of candidates. Each account also had to identify the candidate clearly with a name, bio, website, and photos.

But in early 2020, almost immediately after Twitter unveiled the new procedure, candidates said the social media giant was falling short of its commitments. In late February, The Verge reported that a congressional challenger in Ohio remained unverified just weeks before his race, and an analysis by The Hill found that 90 gubernatorial and congressional candidates in five states weren’t verified one week before Super Tuesday.

In most cases, Twitter verified official candidates immediately after a request. But now, with no official policy in place, there’s little formal avenue to verification: Three campaigns that spoke with The Intercept say Twitter refused to issue them blue badges, instead asking them to submit a general support ticket.

Smith, who announced her candidacy in January, meets Twitter’s 2020 verification qualifications. She’s already been deemed official by Ballotpedia, she’s registered with a campaign finance agency, and she’s set to appear on the official candidate list once the filing deadline passes. In fact, this wouldn’t be Smith’s first blue check. She earned a verification during her unsuccessful Senate run in 2020 (she lost in the primary to Cal Cunningham), but Twitter stripped her of her check mark when she updated her handle to reflect her new campaign. At the time, a member of Twitter’s Government and Politics team reassured her that it would only take a few weeks to have her verified again, Smith said.

But a few weeks later, the Government and Politics team told Smith that all verification requests were being put on hold until “early 2021,” when the platform said it would roll out a new verification procedure. Then, in an email sent to Smith on April 30, Twitter’s politics team said it wouldn’t verify any primary candidates in the race after all.

“Unfortunately, the general verification program is currently closed while we review our policy,” read the email obtained by The Intercept. “We are waiting to apply blue badge verification to profiles of election candidates until after the state’s primary. Please circle back with us once that process is complete in your state.”

Not being verified could seriously impact Smith’s reach in such a crowded field of Democrats. A frontrunner in the primary, state Sen. Jeff Jackson, raised more than $1 million as of April, and has 81,600 followers on his verified Twitter account, compared to Smith’s 20,600.

“It’s been incredibly frustrating, but my team and I have been working on this for five months,” Smith said. “Every time it seems like we meet the metric, they seem to kick the can down the road a little bit further.”

Verification wouldn’t just boost Smith’s reach, it would also allow her to filter her messages and notifications to show only other verified accounts, which can streamline engagement and help her gain the attention of higher profile users. Many verified users hardly notice tweets from unverified accounts, according to Kasey O’Brien, the social media manager at Middle Seat, a digital consulting firm that helps manage progressive campaigns. “I don’t really interact with, draft copy off of, or quote tweet — from any of the accounts that I’ve managed — anyone who isn’t verified,” she said.

Lucas Kunce, a Senate candidate in Missouri, is also unverified. In mid-March, staffers for the former Marine officer, who supports abolishing corporate PACs and establishing universal health care, reached out to Twitter to ask about verifying Kunce’s Twitter page. A representative from the Government and Elections team said in two different emails reviewed by The Intercept that the “general verification program is currently closed” and that the team is “only submitting requests for elected government officials and agencies.”

“There was once a time when these companies thought they were or said they would be bastions of democracy,” said Kunce. “But, instead, they’ve become enforcers of the status quo. They’ve used their algorithms to divide us so they could make money off of ads.”

Kunce is running against four other Democrats in the 2022 primary to replace outgoing Republican Roy Blunt. Kunce raised $280,990 as of late March — only about $21,000 less than former state Sen. Scott Sifton, who leads the Democrats in fundraising. None of the Democratic candidates in the race are verified, but two out of the five Republicans are. One, Eric Greitens, is a disgraced former governor of Missouri who signed a wide-ranging anti-abortion bill into law in 2017.

In the crowded race, Kunce’s lack of verification doesn’t only lessen his legitimacy in the eyes of constituents, but also deprives Kunce of valuable tools available only to verified accounts, such as impersonation support that identifies and suspends copycat accounts, said Caleb Cavarretta, his campaign manager.

“When you’re verified and you’re a candidate, in the past, you had this political support service where you can much more quickly get in touch with someone before their formal support tickets,” he said.

Twitter isn’t very incentivized to verify primary candidates. Most upstart challengers don’t have a large and passionate group of followers, and without a noisy PR campaign or threat to its bottom line, the company has little reason to act on their demands.

“The problem is that it isn’t tied to their commercial performance. It’s a civic incentive,” said Alex Howard, a digital governance expert and the founder of a public policy initiative called the Digital Democracy Project. “It’s in [Twitter’s] interest to cater to people who have large existing platforms.”

It should really be the government’s responsibility to create rules for social media companies around elections, Howard said. The Federal Election Commission could be the place for such guidelines, since the agency enforces regulations relating to campaign finance. The commission proposed a rule in 2019 clarifying that online political ads must disclose who paid for them just as TV ads do, but the new regulation was never adopted because the agency did not have enough members for most of 2020 to operate. However, in order for these sorts of regulations on social media companies to be implemented, Congress or the White House would have to push for them, Howard said. “There has not been a leading voice out of the White House on this set of issues.”

At least one candidate who didn’t meet Twitter’s 2020 verification requirements recently got a blue check. Dianne Morales, a progressive nonprofit executive running for New York City mayor, was verified on May 3 even though she’s not in a state or federal race.

“They don’t give you any sort of heads up,” said Lauren Vega, Morales’s social media manager. “It just popped up.”

Morales’s team spent months trying to find a contact at Twitter to verify her account but to no avail. Finally, Vega posted a tweet on her personal account asking Twitter to verify Morales. Morales’s large online base — she has more than 40,000 Twitter followers — amplified the request, tweeting “near daily,” according to Vega, in support of Morales’s verification, which may have helped move the needle.

The blue check has already helped boost Morales’s online presence. “Our engagement has increased,” Vega said. “There was definitely a spike the day of, and it’s been consistent.”

Kennedy, the Twitter spokesperson, did not say why Morales was verified.