This June, We’re Asking Readers to Become Members. Here’s Why.

We have a big goal this month — because now is not the time to go to sleep and assume that the “adults” are back in power.

These are just some of the stories The Intercept has brought to readers in the past year. Week after week, people come to The Intercept to find stories they won’t find anywhere else.

In 2017, when we first asked readers to help fund journalism that holds power to account, we weren’t sure what to expect. The resulting outpouring of generosity was moving: By the time President Donald Trump left office, more than 70,000 people had donated to become members of The Intercept.

That’s a very big number for a news organization our size, and we took it as a major vote of confidence, a sign that our readers have our back. Their testimonies are powerful. Some tell us they give because of a particular article, such as the exposé on how Big Tech sold invasive surveillance capabilities to China. Others cite our “accurate, insightful, brave” reporting, or talk about how “corporate news is killing journalism. The next generation won’t know the difference.” One said simply, “You do what journalists are supposed to do.”

As reader support for The Intercept grew over the Trump years, bringing in a record number of donations by the end of 2020, we were able to take on more and more ambitious and hard-hitting investigative reporting.

But there’s a problem. Across the media and progressive politics, donations and reader interest have declined sharply since Trump left office on January 20. The Intercept is no exception to this trend. 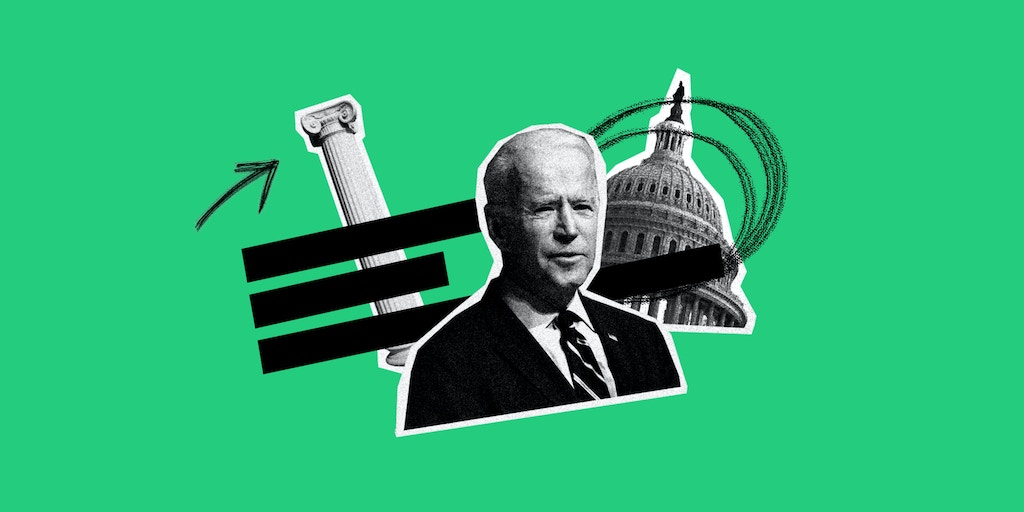 We do not believe that the need for our adversarial reporting has lessened with President Joe Biden in office — and we don’t think our loyal readers believe that either.

Now is not the time to go to sleep and assume that the “adults” are back in power. Not when the Biden administration is continuing an elite bipartisan agenda on foreign policy that includes an expansion of the Pentagon’s already massive budget under Trump. Not when the president is caving to centrist pressure on some of the most urgently needed domestic policy initiatives.

The Intercept has been virtually alone in tracing how Biden’s long record of advancing imperial wars has continued into the early months of his administration: We recently exposed how Biden has filled top Pentagon positions with profiteering defense contractors and has continued to facilitate impunity for Israeli war crimes.

Over the next four years, our newsroom will be aggressive and steadfast in pointing out bipartisan hypocrisies. We’re not backing down from stories that draw blood from the powerful — this is who we are and why we exist. But we need readers to support our work in this new era, just as they did when Trump’s actual and moral atrocities were dominating the headlines. That’s why we’re launching our biannual membership fundraising campaign, with a goal of raising $400,000 in reader support by June 30.

Reader support will allow us to take on challenging investigations — exposing the brutal tactics police use to suppress racial justice protests, the war on immigrants at the U.S.-Mexico border, extremist networks behind the January 6 insurrection at the U.S. Capitol, corporate cover-ups of toxic chemicals poisoning marginalized communities, and so much more.

This reporting is not easy, cheap, or profitable. There are no corporate advertisers clamoring for more stories about Silicon Valley’s dystopian surveillance schemes or backroom deals done on Capitol Hill to reward the 1 percent for their campaign contributions.

The Intercept was fortunate to launch with major support from an individual donor who believes in our mission and who has always respected our editorial independence. But we never intended to be entirely dependent on any single funder.

That’s why we’re setting an ambitious goal of raising $400,000 by June 30 — to support the critical reporting projects we have planned for the rest of 2021 and continue building a base of grassroots support that will ensure The Intercept remains sustainable for years to come.

If you’ve given to The Intercept in the past, please consider renewing your support. And if you haven’t become an Intercept member yet, there’s never been a better time to join a powerful group of readers who support a free and independent press.