$800,000 of Mystery Money Shaped the Virginia AG Race in the Final Weeks 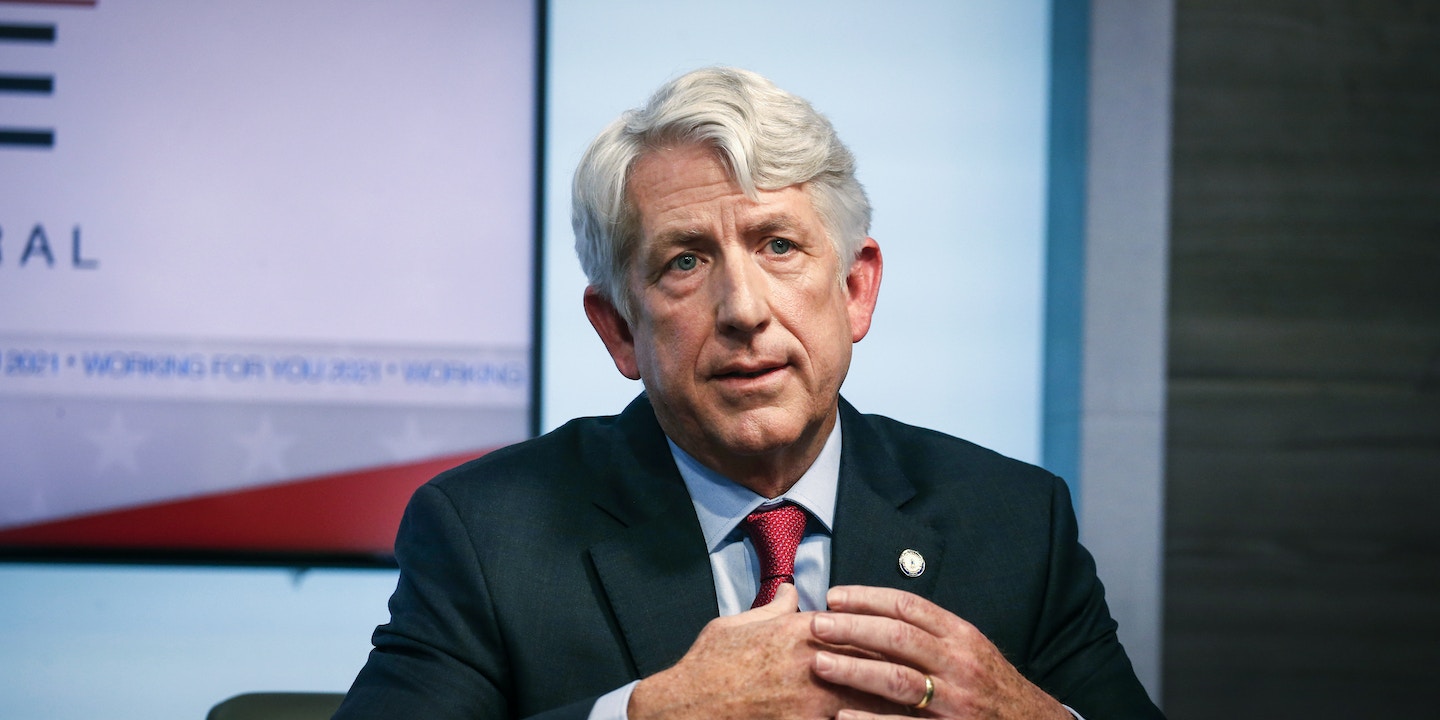 In the lead-up to this year’s state primaries in Virginia, two dueling figures have taken center stage: the state’s influential energy company and a clean energy PAC that aims to undercut its influence.

Both groups have poured nearly $6 million dollars combined into rival Democratic primary candidates for state and local races. A race for a state House of Delegates seat in southeast Virginia has seen twice the amount of spending from the two stakeholders alone than it had during the three previous elections combined. In the Democratic primary for lieutenant governor, the clean energy group, Clean Virginia, said it would spend $125,000 in attack ads against one candidate just because she accepted donations from the energy company, Dominion Energy. “It’s a war,” said local journalist Brandon Jarvis. “It’s really apparent in these House races; it’s also apparent in the governor’s race.”

The attorney general’s race has played out more quietly. Clean Virginia, which was founded by Charlottesville multimillionaire Michael Bills in 2018, has thrown its support behind progressive challenger Jay Jones, contributing more than a quarter of its total $1.9 million funding. But Dominion has remained out of the picture. Two-term incumbent Mark Herring said in 2018 that he would no longer accept donations from Dominion, arguing that appearing aligned with the energy monopoly helped undermine the public’s trust in government.

But the mysterious $800,000 during the closing weeks of the June 8 election has the Jones campaign crying foul. “DAGA and the Mark Herring campaign are citing legal technicalities and trying to distract voters to cover for their scheme to obscure herring donors from public scrutiny,” said Christian Slater, Jones’ communications director. “The question for Mark Herring is simple: Why are you so desperate to cover up the identities of your donors so voters can’t see them until after the election?”

The funding comes from the Democratic Attorneys General Association, an organization that works to elect Democratic attorneys general across the country and counts Dominion as one of its hundreds of corporate donors. Although DAGA says it is not allowed by law to earmark the donations it receives for certain uses, the organization and its Republican counterpart, RAGA, have previously received millions of dollars in contributions from corporations seeking to anonymously fund attorney general candidates whose jurisdiction overlaps with particular corporate interests. A 2014 investigation by the New York Times revealed the ubiquity of this practice. “Several of the largest donors to the Republican and Democratic Attorneys General Associations are companies or groups that have been targets of investigations or are seeking help from attorneys general in challenging federal regulations,” Times reporter Eric Lipton wrote in the piece.

DAGA’s PAC doesn’t have to disclose its contributors until the Federal Election Commission’s second quarter filing deadline in July. (Virginia election law allows federal PACs registered with the state’s Department of Elections to spend on behalf of local and state candidates.) But even then, the source of the $800,000 between April and June, when the money was spent on payroll, digital consulting, and media, won’t ever be clear, since DAGA’s second-quarter filings won’t reveal how DAGA spent the contributions it received.

“Several of the largest donors … are companies or groups that have been targets of investigations or are seeking help from attorneys general in challenging federal regulations.”

Although it’s difficult to know exactly where the $800,000 came from, Dominion is the fifth-largest donor in Virginia politics this cycle (right after Clean Virginia) and has donated to all of Herring’s past campaigns, save for his brief gubernatorial run in 2018, dating back nearly every year between 2006 and 2017. Critics have accused Herring of going easy on the energy giant in the past: In 2018, Herring declined to speak up against a controversial pipeline funded in part by Dominion and a state bill that would make it difficult for the state to lower electricity rates. When reached for comment about the $800,000 in DAGA spending, Herring’s press secretary referred The Intercept to a DAGA spokesperson.

Herring took a harder stance against Dominion in 2020, denouncing the company’s pipeline and suing the monopoly for environmental violations. Herring’s office has also expressed support for changes to Virginia’s regulatory framework that would prevent Dominion from collecting millions of dollars in over-earnings every year, following outcry from the state’s general assembly.

Jones has been a vocal opponent of Dominion for years and has made public utility regulation a touchstone of his campaign. During his tenure in the state’s House of Delegates, Jones served as chair of the Commission on Electric Utility Regulation, where he filed several bills aiming to reel in Dominion’s unchecked power by compelling Dominion to refund its over-earnings to customers. In a Washington Post op-ed Jones co-authored in 2019 with another state delegate, the candidate called for “reform” to Virginia’s energy economy and for “restructuring our energy market to remove barriers to entry” — a potential threat to Dominion’s monopoly.

The attorney general is tasked not only with prosecuting the utility monopoly for illegal activity, such as environmental violations, but is also expected to weigh in on the current statewide debate raging about Dominion’s over-earnings and outsize power.

Dominion isn’t the only possible funder of the DAGA campaign for Herring. It’s plausible that one of DAGA’s larger contributors, such as a powerful law firm, could have been behind some of the contributions or that the money came from a wide variety of sources, as DAGA itself has claimed.

“We are in full compliance with all federal and state campaign laws,” said DAGA Executive Director Sean Rankin in a statement. “All required filings have been made, and our next filing is due in July. DAGA does not accept contributions that are earmarked by donors for a particular race.”

Rankin added that the Jones campaign, which has decried the $800,000 in spending as nefarious, has known about DAGA’s support of Herring all along.

“DAGA supports its incumbents and we have provided support for Mark Herring since the beginning of 2021 including TV ads,” Rankin said. “DAGA told the Jones campaign at the beginning of this race that we would support Mark and that is what we have done. We have not said a negative word about Jay Jones.”