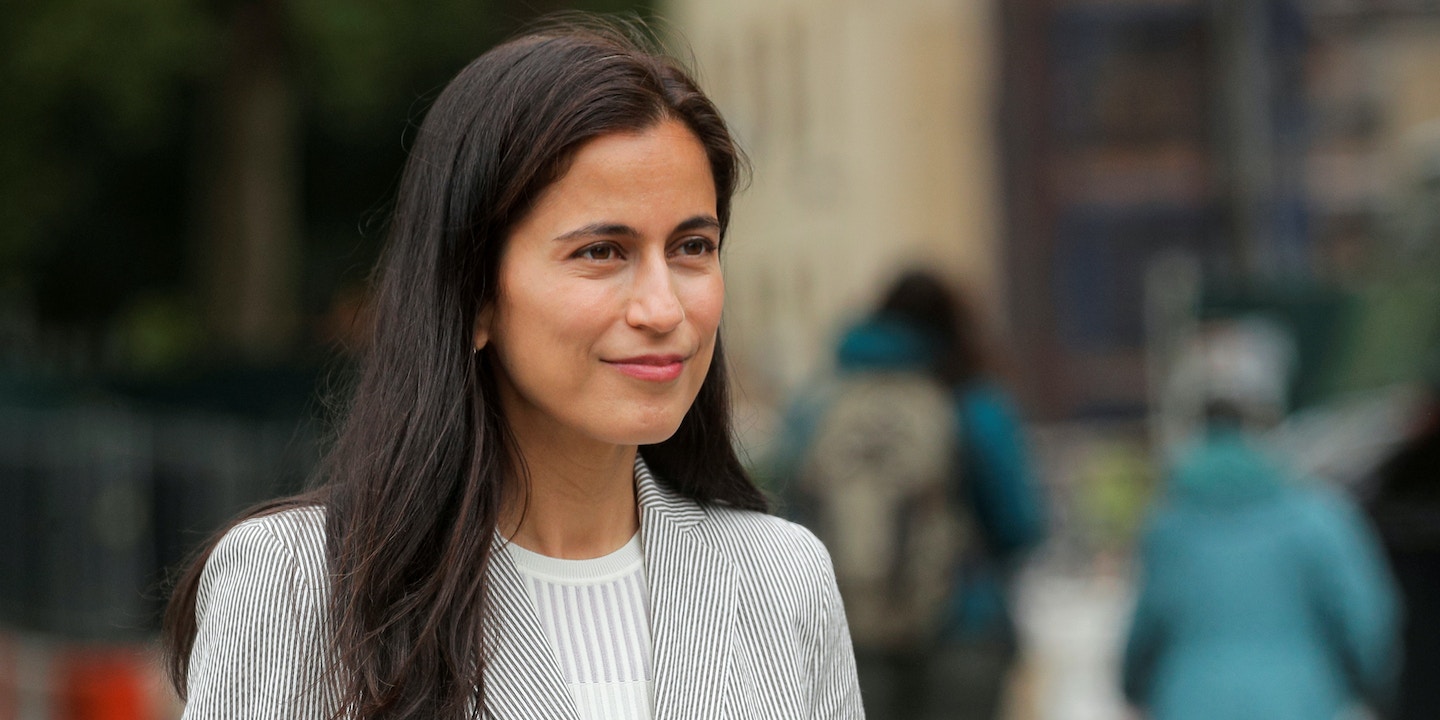 The Democratic primary for Manhattan district attorney was, for a time, seen as an opportunity to elect a progressive prosecutor to one of the most powerful DA offices in the country. But with one week to go until New York City’s primary election, the race has devolved into a contest between a self-funded millionaire with Wall Street support and a crowded field of candidates struggling to keep up.

Tali Farhadian Weinstein, former general counsel to the Brooklyn district attorney’s office, gave four contributions to her own campaign between May 20 and June 7 totaling $8.2 million — more than the total amount raised by the other seven candidates combined. A poll released last week by Data for Progress shows Weinstein, whose husband is a hedge fund manager, and former chief deputy attorney general for New York state Alvin Bragg leading among likely Manhattan Democratic primary voters. The poll asked respondents to rank their choices, but the DA election will not have ranked-choice voting.

Weinstein’s campaign has spent more than $6.25 million in the final weeks of the race, including on mailers attacking Bragg, and reported just under $3 million on hand. Major Republican donors have also contributed large sums to Weinstein’s campaign, New York Focus reported. She also interviewed for a federal judgeship during the early months of the Trump administration, the New York Times reported earlier this month.

“Tali did interview for an opportunity to serve her country and uphold the constitution of the United States,” spokesperson Jennifer Blatus said. “I think that it would have been good to see a pro-immigrant, pro-choice judge at a time of a chaotic state of affairs at the beginning of the Trump Administration.”

What’s happened in the DA’s race is “unfortunate,” said Matt Thomas, a member of the Democratic Socialists of America’s New York City chapter. (The group did not endorse any candidates in the race.) “The whole reason that there is this movement around DAs is that not only are they powerful offices, but they have unilateral executive authority that is really rare to be able to wield in progressive hands.” Though Thomas said he didn’t have insight into “why the field didn’t really clear for one candidate,” he noted that activist support was divided in this race. “A lot of the institutional left was focused on the mayor’s race and city council races.”

Weinstein, who did not register as a Democrat until October 2017, has branded herself as a “proven criminal justice reformer” while at the same time campaigning as a more conservative alternative to the rest of the field, where other leading candidates are in a battle to prove who has the most progressive bona fides. Weinstein wants to crack down on violent transit crimes, enhance certain penalties for crimes against transit workers, expand eligibility for drug courts, and allow judges to consider public safety risk when setting bail — a practice New York outlawed in its 2019 bail reform law. (The incumbent DA, Cy Vance, also opposed allowing judges to assess public safety risk when setting bail.) Weinstein is also the only candidate who opposes decriminalizing sex work.

Asked about Weinstein’s opposition to the 2019 bail reform law, Blatus said, “Tali believes in taking the safety for her fellow New Yorkers into account at every stage of a criminal proceeding.” On Weinstein’s position on decriminalizing sex work, Blatus said Weinstein supports a state Senate bill that “would decriminalize those involved in prostitution, while still holding pimps and buyers accountable.”

“With a super PAC advertising against us, our campaign is making sure that voters across Manhattan get a clear sense of the difference between the candidates in this race,” said Blatus, Weinstein’s spokesperson.

Vance, the incumbent, took office in 2010 and is not running for reelection. He faced criticism for his office’s handling of sexual assault cases, and a group of survivors called on him to resign last year. He originally declined to bring charges against film producer Harvey Weinstein in 2015 and did so only after the takeoff of the #MeToo movement.

The Manhattan District Attorney’s Office has jurisdiction over some of the most powerful interests in the country, including Wall Street and the Trump empire; the winner of the DA race will take over the criminal investigation into Donald Trump and his business associates.