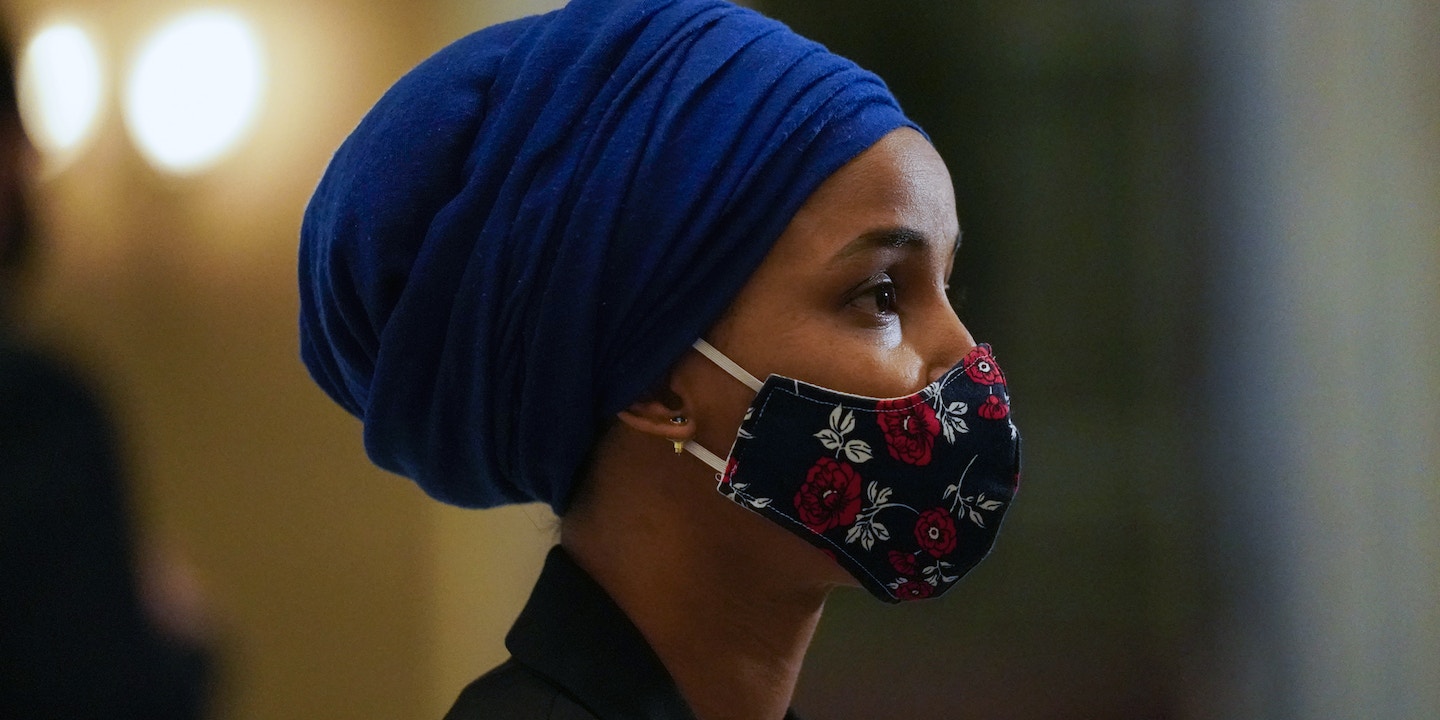 Rep. Ilhan Omar is challenging the Biden administration’s justification for its Tuesday airstrike in Somalia, which the Pentagon claimed was targeted against suspected members of al-Shabab. The Minnesota Democrat is also hitting the White House for a failure to make promised and appropriated reparation payments to families of civilians killed in American airstrikes, according to a letter to President Joe Biden that was provided to The Intercept. The strike was the first in Somalia since Biden took office and came amid the White House’s stated plans, put forward by national security adviser Jake Sullivan in January, to limit drone operations while the administration reviews its counterterrorism policy. Omar, who grew up in Somalia before spending four years in a Kenyan refugee camp, represents a district with a heavy Somali American population.

The airstrike near the city of Galkayo targeted militants in al-Shabab, an insurgency group based in Somalia that the U.S. has long fought as part of its so-called global war on terror. Sullivan’s directive instructed the military and CIA to gain White House permission before launching attacks in places like Somalia and Yemen.

Since then, the administration has rejected requests by U.S. Africa Command, or AFRICOM, to strike al-Shabab targets. But according to the New York Times, Tuesday’s attack occurred without White House approval. In this case, the militants were supposedly attacking members of an elite U.S.-trained Somali commando force called Danab, and Pentagon spokesperson Cindi King said AFRICOM had the power to authorize the response independently under the military’s “collective self-defense” justification. No U.S. troops were actually with the Danab commandos when the attack occurred, as they were advising the unit remotely.

Omar found the rationale unpersuasive. “As you know,” she wrote in the letter, “‘collective self-defense’ is a term with variable meanings in national and international law, and especially in the context of your ongoing review of airstrike authorities, its use merits further explanation in this case. This is also an important and timely matter since it seems suggestive of your Administration’s broader approach to airstrikes in Somalia.”

The strike on Somalia occurred amid growing mobilization in the House of Representatives and Senate to reclaim oversight of the extensive war powers the White House has amassed since 9/11. On Tuesday, Sens. Mike Lee, R-Utah, Chris Murphy, D-Conn., and Bernie Sanders, I-Vt., introduced the National Security Powers Act to assert congressional authority over the deployment of force, export of weaponry, and declaration of national emergencies.

Last month, the House voted to repeal the 2002 Authorization for the Use of Military Force, or AUMF, that greenlighted the war in Iraq and that Trump used to justify assassinating Iranian Gen. Qassim Suleimani. But the far more consequential approval — and thus the more difficult one to repeal —  is the 2001 AUMF that authorized the war in Afghanistan and that the U.S. has continuously invoked to defend airstrikes against alleged terrorists around the world, driving activists to seek its reversal. Its repeal would, however, still be far from a guarantee that the White House will defer to Congress. Just last month, Biden claimed that Article II of the Constitution offers him self-defense authorities that would rationalize airstrikes against Iran-backed militias in Syria and Iraq.

Aside from the question of legality, Omar suggested that the strikes aren’t even effective on their own terms.

Citing an airstrike effort that began under the Trump administration, Omar noted that “the increase in strikes corresponded with an almost doubling of terrorist attacks on civilians committed by Al-Shabaab,” the precise opposite of the administration’s stated goals.

“It is critical that we realize we are not going to simply drone the Al-Shabaab problem to death,” Omar wrote, “and that any kinetic action is part of a broader strategy focused first and foremost on the security of Somali people and the stability of the Somali state.”