“We Knew Who Was Going to Die”: Warnings About Lower-Income Heat Risk Went Unheeded

Many of the deaths in extreme heat events, like the record-breaking one in the Pacific Northwest, could be foreseen, a scientist told Congress. 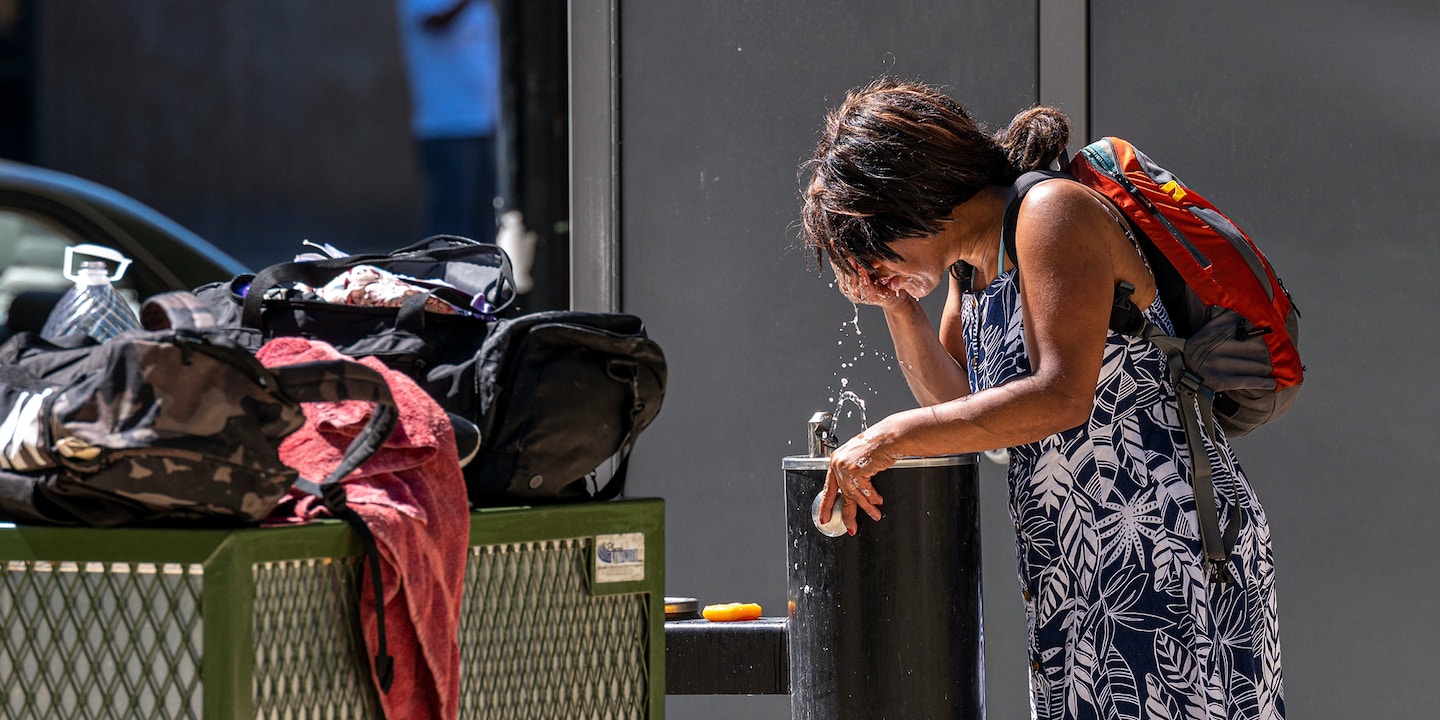 In the wake of an extreme heat event in the Pacific Northwest that killed at least 200 people, a scientist testified before Congress that the deaths could have been prevented.

“Those who died lacked access to financial capital, social networks, and had aging or injured bodies,” Vivek Shandas, director of the Sustaining Urban Places Research Lab at Portland State University, told the House Science, Space, and Technology Committee. To Shandas, the tragic result was not unforeseen.

“We knew who was going to die,” the scientist said. “I wrote a report stating as much in 2009, and yet local agencies had little capacity for taking swift action.”

Shandas is part of a league of scientists that could be called the Cassandra generation, named for the Greek myth about unheeded prophecies. For decades, scientists have predicted a moment like the one we’re living now: climate-driven crises destroying lives and beloved places once assumed safe from catastrophes like extreme heat waves. Scientists like Shandas saw it coming, yet little action was taken.

At the hearing, titled “Silent Killer: The Rising Problem of Extreme Heat in the U.S.,” researchers urged action to protect the most vulnerable from the deepening heat, now that we can all see the severity of the crisis.

The heat event would have been “virtually impossible” without human-driven climate change, a study by the World Weather Attribution group found.

Shandas told Congress, “We can now say that those who died during the ‘heat dome’ event were arguably the first climate-related deaths in Oregon and Washington.”

“Adaptation is already needed on a massive scale. While hurricanes, tornadoes, and floods are dramatic and often make the front page, a far more insidious and silent result of climate change is urban heat,” he said. The paper included maps of urban heat islands throughout the city and pointed to research that said lower-income people and those living alone were in the most danger.

In the years that followed, Shandas was part of a team that linked pockets of extreme heat to discriminatory housing policies. Across the U.S., redlined areas were 2.6 degrees Celsius hotter than non-redlined areas on average, according to the study. Portland, along with Minneapolis and Denver, was among the cities with the largest heat difference between redlined and non-redlined communities.

Despite the warnings, insufficient action was taken, and the Pacific Northwest was unprepared for the heat wave. When the heat dome hit at the end of June, sending temperatures soaring above 100 degrees in a typically cool, wet part of the country, Shandas and his team went block by block measuring air temperatures and showing that they varied by as much as 25 degrees between wealthy and lower-income areas.

According to a Washington Post analysis of early mortality data in the county where Portland is located, 61 percent of deaths were in zip codes with higher-than-average poverty rates.

The preliminary numbers of heat deaths reported in Oregon and Washington, 115 and 117, respectively, are likely undercounts. Heat-related deaths and injuries are not always recorded as such. Using a different measurement, the Canadian province of British Columbia has estimated about 600 “excess deaths.” The heat wave was declared the deadliest weather event in Washington history.

The witnesses at the congressional hearing urged policymakers across the U.S. to prepare the most vulnerable communities for what is to come.

As multiple attendees pointed out, heat waves kill more people than any natural disaster, yet get less recognition as such.

Shandas told lawmakers that local governments should collect data block by block to make sure that the hottest, most vulnerable communities have access to relief.

“It’s very clear that the single best thing we can do to address all of the above is to prevent greenhouse gas emissions in the first place.”

Since extreme heat is going to hit areas like Oregon that are not used to it, engaging community members in the data collection could help build the social infrastructure that will assure communities understand how to recognize risk and respond.

He urged more coordination between regions so they can learn from each other and stressed the need for federal support for local heat mitigation endeavors. Other witnesses emphasized the need for urban greening — tree cover, which can correlate with neighborhood income and provide lifesaving degrees of relief from heat — and a closer examination of how heat impacts people’s ability to work or pay their electric bills.

Although all of the attendees emphasized the urgency of adaptation in the face of irreversibly rising temperatures, witness Aaron Bernstein, interim director of Harvard’s Center for Climate, Health, and the Global Environment, pointed out the other urgent lifesaving avenue.

“It’s very clear,” he said, “that the single best thing we can do to address all of the above is to prevent greenhouse gas emissions in the first place.”