Bank of America, JPMorgan Chase, and PNC have all passed on an SBA policy that would allow small business owners some relief. 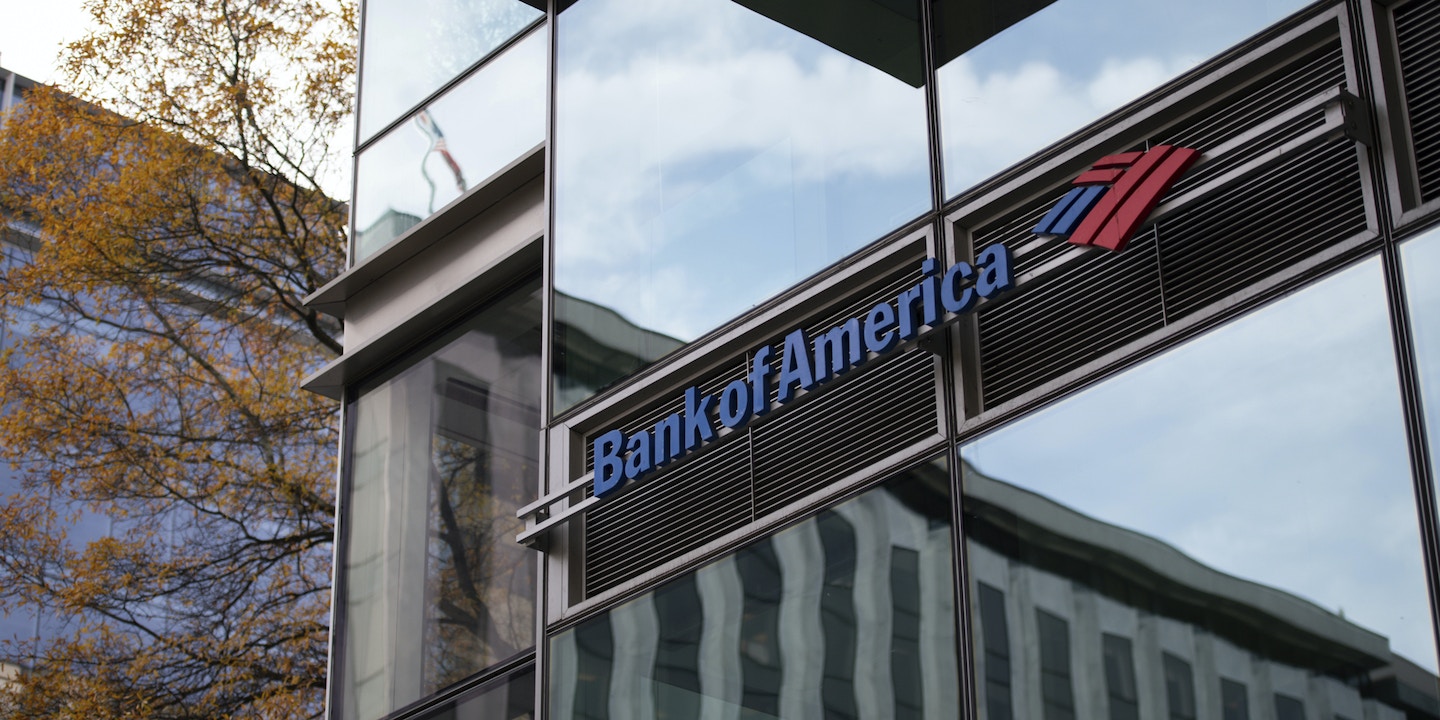 At least three major banks have decided to opt out of a new process for getting Paycheck Protection Program loans forgiven directly by the Small Business Administration, The Intercept has learned, leaving their small business customers with no other recourse if the banks refuse to forgive loans or drag out the process.

Bank of America, JPMorgan Chase, and PNC have all decided to opt out, according to emails shared with The Intercept.

They are major players in the program, which Congress created to offer businesses loans to spend on payroll and other qualified expenses to help weather the shutdowns. As of the end of May, JPMorgan Chase was the top PPP lender, followed by Bank of America in the No. 2 spot; PNC is No. 11. All told, lenders representing just half of all outstanding PPP loan forgiveness applications have opted in, according to the SBA.

PNC recently sent an email to Jesse Grund, owner of personal training studio Unconventional Strength in Orlando, Florida, saying, “Considering we have already built a streamlined end-to-end digital portal and associated review process for your PPP forgiveness application; we will be opting out of using the SBA’s forgiveness portal.”

Grund still hasn’t had his $5,000 PPP loan forgiven and was instead told by PNC that his “Correct Maximum Loan Amount” was just $917, leaving him on the hook for the rest. “It’s PNC’s fault I got this money,” he said. “Now you guys want to come back at me for it.”

Early in the pandemic, small business owners were urged to flock to the Paycheck Protection Program. The loans were made with the promise that they would be forgiven and essentially turned into grants if used properly.

But many small business owners have struggled to get their loans forgiven by the banks that issued them. Banks were incentivized to issue PPP loans through the fees they generated, but they don’t receive any fees to push forgiveness through, and they’ve dragged their feet. Of the total PPP loans that have been issued, less than half have been forgiven thus far.

In response, the Small Business Administration, the government agency tasked with running the program, announced in late July that it would offer small business owners who took out PPP loans of $150,000 or less a way to bypass intransigent banks and seek forgiveness directly from the agency. Congress had, at one point late last year, considered automatically forgiving all loans under $150,000, but it never followed through.

But there was fine print in the SBA’s recent announcement that many may have missed: Banks actually have to opt into the direct process for small business owners to access it. And at least three major ones have refused.

“Forcing lenders to opt-in to the process, could have been disruptive,” said SBA spokesperson Terrence D. Clark in an email. He noted that lenders continue to opt in and that the agency is conducting outreach to encourage them to participate. “[W]e speak to lenders daily,” he said. In a statement, SBA Associate Administrator for the Office of Capital Access Patrick Kelley said, “We encourage all lenders to opt-in to this tested portal.”

When asked for an explanation as to why the bank decided to bar its customers from the SBA’s direct forgiveness option, a PNC spokesperson pointed to a statement that said, “[L]enders that participate in the SBA’s forgiveness portal are still responsible for reviewing and issuing forgiveness decisions to the SBA. We would therefore still need to ensure borrowers meet loan eligibility and loan forgiveness requirements regardless of whether we chose to use the SBA forgiveness portal or not.”

Chase offered no explanation in its correspondence to its customers. In an email sent to a small business owner, it said simply, “[W]e’re continuing with our simple process and not participating in the new SBA direct program.” In response to a request for comment, a Chase spokesperson said over email, “Chase customers should submit their forgiveness applications through our platform,” adding, “We have a simple process that takes under 10 minutes to complete.”

For some business owners, being cut off from the SBA’s direct program could mean they can’t get some or all of their loans forgiven at all. Some banks have been contacting small business owners in recent months and telling them that they shouldn’t have received the original amount they received — which the banks themselves approved — and requiring the owners to pay back the difference. But many told The Intercept that they used the money correctly and had fully expected to have their entire loans forgiven.

That’s what happened to Warren Davis, owner of fundraising consultancy Warren Davis Consulting, LLC, who received his loan from Chase and was recently told the bank won’t let him seek forgiveness directly from the SBA. After the bank originally issued him a $6,812 PPP loan, he was later told he was only eligible for $1,795.53 in forgiveness. Now he must pay Chase $460.01 on the first of every month, with two years to pay the remainder of the loan off. “That loan payment is the second highest payment I now have besides my rent, which is also due on the 1st,” he said in an email. “I have tried trying to get answers numerous times from Chase with no luck over the months.”

In response to situations like Davis’s, the Chase spokesperson said, “Small businesses must meet the standards to qualify for forgiveness whether they go through their lender or directly through the SBA.”

When asked why Bank of America has opted out, spokesperson Bill Halldin said, “Because our portal is simplified and has been out there for six months,” adding that if the bank opted in, “we would have to develop a new interface.” The bank is reviewing whether to join the SBA’s process, but “at this point our simplified portal is delivering what people want,” he said.

But that portal is not delivering what Amy Yassinger needs. Yassinger, owner of a music company that offers party bands for weddings in Illinois, was encouraged by Bank of America to apply for a PPP loan early in the pandemic. The bank helped her with the process, assuring her its underwriting team “would make sure everything was solid,” she said in an email. She used the $38,730 to pay employees as if they were working their regular slate of events, despite widespread cancellations, as well as to cover some nonpayroll expenses.