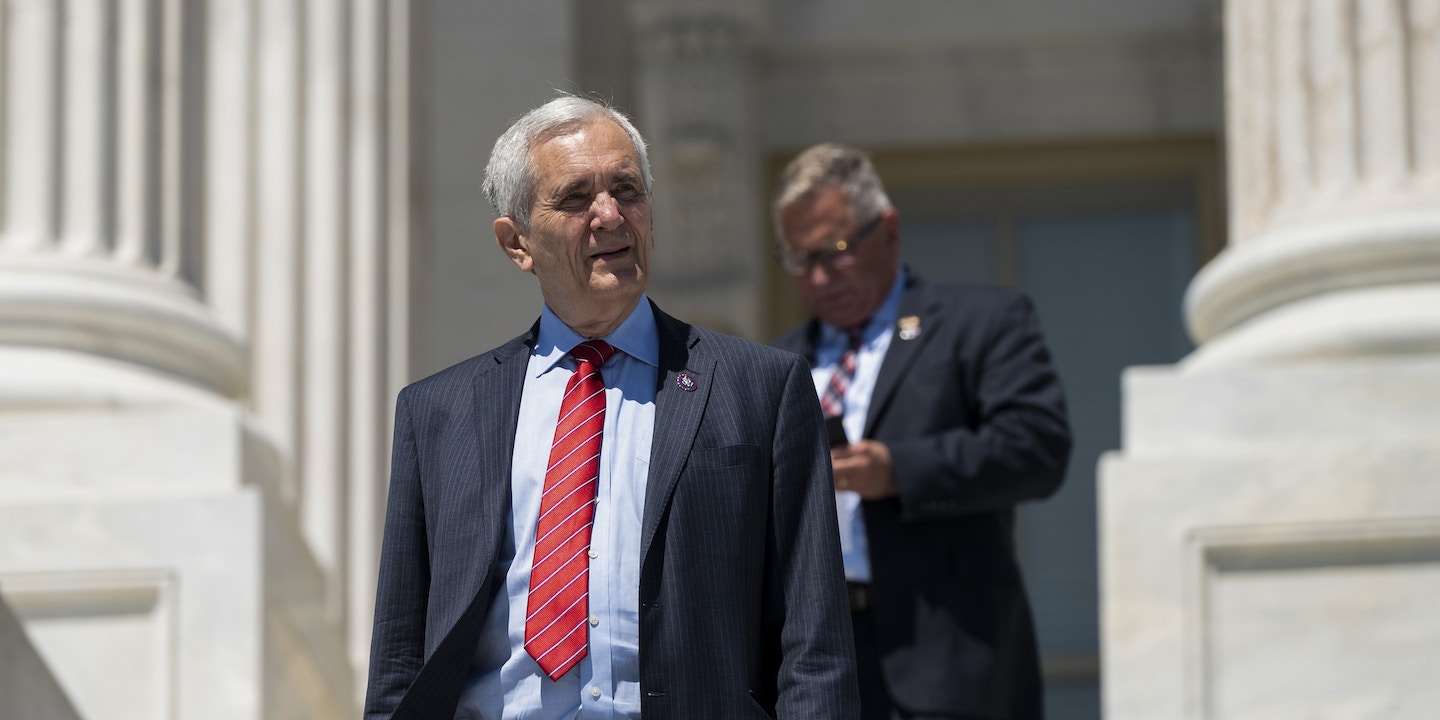 Americans shouldn’t have to pay higher prescription drug rates than patients in other countries, Rep. Lloyd Doggett, D-Texas, said today in an apparent corrective to the Senate’s reported plan to index Medicare-negotiated prices to those given to veterans. Doggett chairs the powerful House Ways and Means Subcommittee on Health.

“Every step to weaken negotiation means consumers will continue to pay too much and government will have too little in savings to reinvest in health care improvements,” he told The Intercept in an email today. He argued that although the Department of Veterans Affairs pays less for prescription drugs than Medicare, it’s still burdened with higher costs than buyers in similar countries.

Doggett’s comments follow a report Thursday from Stat that the Senate Finance Committee is considering having Medicare use the VA’s health program as a benchmark when negotiating drug prices with pharmaceutical companies. That differs from House Democrats’ flagship H.R. 3, the Lower Drug Costs Now Act, which set a ceiling rate at 120 percent of what patients in six foreign countries pay when the bill passed the House with a bipartisan vote in 2019. The Republican-controlled Senate never held a hearing.

Regardless of what strategy Democrats decide to use, they want to leverage their $3.5 trillion reconciliation package — parts of which the Ways and Means Committee is currently marking up — as a legislative vehicle to implement reform. A drug price reduction measure would serve as a revenue generator to help offset costs in the bill of expanding Medicare coverage, allowing paid family and medical leave, extending child tax credits, and more.

But in addition to separate payment metrics, House and Senate Democrats have different views on top-line amounts that drug pricing reform would save in the bill, according to a source who was not authorized to speak about the proposals. The numbers are still in flux, but the House is eyeing 10-year savings of $550 billion by using an international index, while the Senate is looking at $500 billion. The latter’s proposal would generate $350 billion from VA referencing and $150 billion from inflation rebates, the source said.

A spokesperson for Senate Finance Committee Chair Ron Wyden, D-Ore., declined to confirm the numbers but said in an email to The Intercept Thursday that the senator “is fighting to send the strongest possible drug pricing reforms to the President’s desk that would hold Big Pharma accountable for decades of price gouging and deliver lower health costs to families at the pharmacy counter.” The spokesperson also noted that Wyden has long championed an inflation rebate, which was included in H.R. 3.

Doggett didn’t confirm the savings targets, either. “I haven’t seen any specific score but doubt [the Senate’s] new approach can possibly produce the same savings as claimed for HR 3,” he wrote.

Either way, empowering Medicare to negotiate drug prices would mark a transformative shift for the government and patients after years of skyrocketing costs well above the rate of inflation. Advocates secured a major win Thursday when President Joe Biden announced his support for the approach.

Still, it’s not a guarantee. Some Democrats in the Senate are defensive of the pharmaceutical industry, and the caucus can’t afford to lose a single vote on the reconciliation bill given the chamber’s 50-50 split. In particular, Sen. Bob Menendez, D-N.J., whose state is the country’s largest pharmaceutical hub, told Roll Call in July that empowering Medicare to negotiate prices would amount to a tax on drug manufacturers and offered a more lenient cost-cutting measure with Louisiana Republican Bill Cassidy.

In the House, Rep. Scott Peters, D-Calif., led 10 Democrats in sending House Speaker Nancy Pelosi, D-Calif., a letter that promoted a bipartisan approach to health care policy, which would effectively kill the chances of giving Medicare negotiating authority. The effort proved a boon to Peters’s 2022 election campaign, which has since received new donations from the pharmaceutical industry.