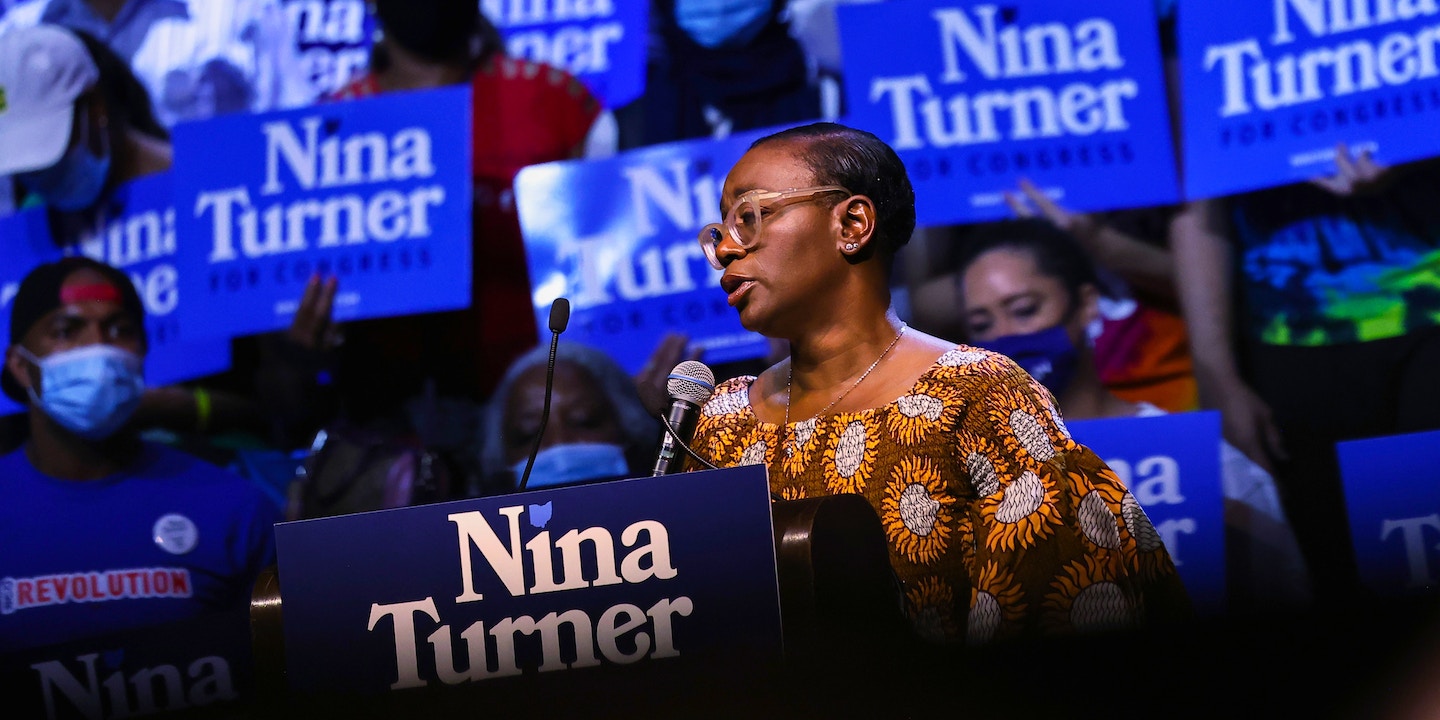 Former Ohio state Sen. Nina Turner has filed “statement of candidacy” election papers to challenge Shontel Brown for the Cleveland-area congressional district’s Democratic primary in 2022, federal campaign records show, though she has not made a final decision on whether to officially run.

Turner, a top surrogate for Bernie Sanders during his 2016 and 2020 presidential campaigns, competed in a special election for the open seat after Rep. Marcia Fudge was nominated to run the Department of Housing and Urban Development. Though Turner started the race ahead by some 30 percentage points, she was eventually edged out by Brown, a local council representative and chair of the Cuyahoga County Democratic Party, a position she declined to relinquish even after announcing her candidacy. On August 3, turnout was minimal, with Brown winning 35,504 votes to Turner’s 31,202. Brown is now the overwhelming favorite over Republican Laverne Gore in the special election, slated for November 2.

Turner’s filing allows her to keep her campaign apparatus running while making a final decision on a 2022 bid, said spokesperson Angelo Greco, adding that the filing does not guarantee she will make a bid.

Last week, Turner appeared on The Intercept’s podcast Deconstructed and hinted strongly at a rematch. “I got all options on the table,” Turner said.

Asked if she thought a normal election would be easier to win for her than a special, Turner said that she did. “Because, first of all, when you got 435 seats, as we are going to have in 2022, plus the Senate seats that are up, you can’t concentrate all that firepower on only one seat,” she said, a reference to the millions in outside money that rained down on her. “And when you’re making a strategic calculus, as somebody that’s looking at all the Democratic seats, they’re gonna be some Democrats running and they are not running in a safe Democratic seat who are going to need that firepower to come save them. So absolutely. The turnout would have been different; we would have more college students who rock with people like me and the progressive movement. That was missing. You would have more people who are going to come out and participate.”

Turner only began hitting Brown hard for allegations of corruption toward the end of the race, and said that in hindsight, that may have been a mistake. “The movement needs to be a little more disciplined, and we gotta be more agile. And we cannot let the lofty issues that change humanity that we’re fighting for cloud our judgment on just how negative, how hard, the corporatist Dems will come at progressives,” she said.

Turner noted that Brown will only have been in office for a short time before the next race begins, and the district lines will be redrawn as a result of redistricting. If the district becomes more working-class, Turner has a better shot, but if it incorporates more of the wealthier suburbs that leaned toward Brown, Turner will have a harder time. “The lines will be different, and also if the person takes office, they can’t take office before November. It’d [then] be the holidays. You know? And then it’s January, right? And February,” she observed.

The Democratic primary is scheduled for May 2022.