Biotechnology Innovation Organization, the trade group for Pfizer and Moderna, made large dark-money donations during the 2020 election, a new filing reveals. 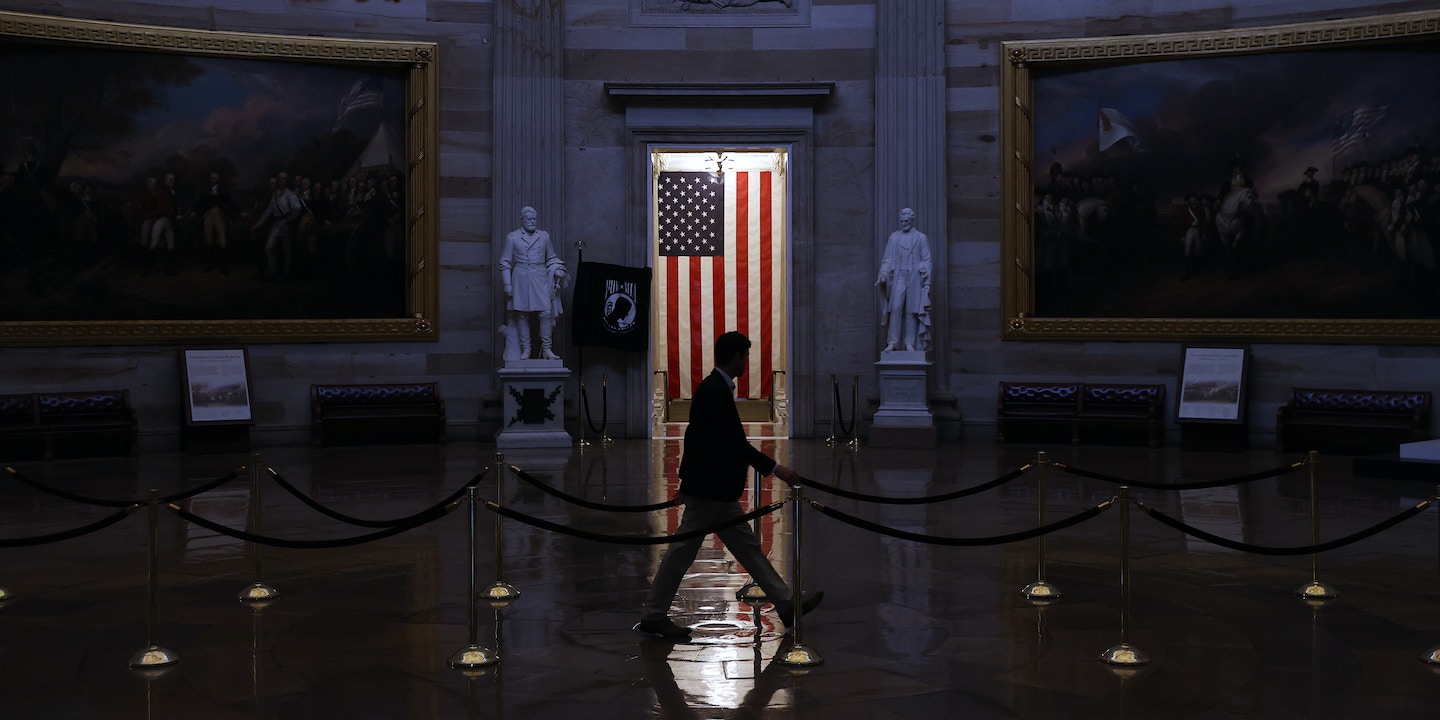 The representatives of the biopharmaceutical companies behind the Covid-19 vaccines made undisclosed donations to Democratic and Republican campaign organizations last year.

The revelations are detailed in the latest tax filings of the Biotechnology Innovation Organization, which lobbies on behalf of Moderna, Pfizer, Johnson & Johnson, and other leading biotech companies involved in the business of treating the Covid-19 virus.

BIO has long served as an influential voice for the biotech industry on Capitol Hill and has more recently become the public face of the vaccine industry amid the Covid-19 crisis.

But the decision to step up direct contributions to dark-money groups active in the 2020 election reflects a new strategy for BIO, which in previous years only gave to congressional leaders through relatively low-dollar and transparent PAC donations.

Center Forward, which was instrumental in backing conservative Democrats opposed to broad drug price negotiation policies proposed this year as part of the Build Back Better Act, received $35,000 from BIO.

The spending was part of a wave of pharma money entering politics through both lobbying and campaign cash that paid dividends. After the election, many prominent Democrats, including Rep. Stephanie Murphy of Florida and Rep. Richard Neal of Massachusetts, sided with BIO against proposals to share vaccine intellectual property with low-income countries. More recently, the Build Back Better Act passed by the House contained a watered-down version of the original Democratic proposal for Medicare drug price negotiations.

One Nation, the dark-money nonprofit with ties to Sen. Mitch McConnell, R-Ky., received $250,000 from BIO during the election. The group transferred much of its cash to super PACs backing Senate Republicans involved in closely contested races.

The campaign money, undisclosed during the 2020 election, was only made public in the 990 tax form over a year after voters went to the polls. And the true source of the money is still obscured. BIO is funded through annual contributions by biotech companies that use the organization as a veil of anonymity to cloak their political engagement. The group raised over $77 million last year.

BIO did not respond to a request for comment.

The aggressive shift in campaign donations comes as BIO has transitioned leadership. Last summer, former Rep. Jim Greenwood, R-Pa., who had long served as the head lobbyist for BIO, earning about $2.5 million a year, retired from the position. The organization is now helmed by Dr. Michelle McMurry-Heath, a former Johnson & Johnson executive who has promised to bring the industry into the modern era with a new focus on social justice and diversity.

Over the last two years, BIO has led the charge in shaping and defending corporate-friendly vaccine policies. The organization operates COVIDVaccineFacts.org and has fiercely opposed policy proposals that might limit the potential for profits from vaccine sales, such as caps on drug prices.

And despite BIO’s commitment to “promote health equity,” McMurray-Heath has aggressively attacked the proposal for vaccine makers to share the manufacturing know-how and intellectual property secrets necessary for cheap, generic vaccines to be produced for low-income countries. The new BIO president has mocked the proposal from public health activists as among the “empty gestures” that won’t solve the Covid pandemic and has been quoted widely on the industry-focused push to maintain World Trade Organization rules that restrict the open use of vaccine IP.

While wealthy countries such as Japan and the U.S. have easily purchased more than enough vaccines, low-income countries have struggled to obtain affordable access. The World Health Organization reports that fewer than 6 percent of people in the African continent are vaccinated against Covid-19. Earlier this year, McMurray-Heath’s lobbyists encouraged the Biden administration to impose trade sanctions on countries that placed price restrictions or engaged in the production of generic vaccines without the consent of U.S. pharmaceutical manufacturers.

In recent comments to reporters, following a series of meetings with the Biden administration, Congress, and international trade officials, McMurray-Heath said that any effort to share vaccine IP would be “almost unforgivable.” Biopharmaceutical lobbyists worked carefully at every stage of the pandemic to ensure favorable outcomes for the industry.

Disclosures show that in the first months of the spread of Covid-19 in the U.S., BIO lobbyists moved to shape a broad range of issues around vaccine development, pricing, legal liability, and transparency. The group lobbied on all of the appropriation measures aimed at financing the research and production of vaccines and therapeutics used to treat Covid-19.

Congress approved over $10.5 billion for the production of vaccines, money that ultimately went to BIO members such as Moderna and Johnson & Johnson. Despite hefty support from taxpayers for the basic science, research personnel, development funds, and manufacturing money used to produce the Covid vaccines, the industry has ensured a policy environment that positions private corporations as the sole owners of vaccine technology, with the final say over the price and production level.

The success of the vaccine has been an unprecedented financial windfall for vaccine makers. A recent report from the People’s Vaccine Alliance, a group that favors that creation of a generic vaccine, found that Pfizer, BioNTech, and Moderna are earning combined profits of $65,000 every minute. Pfizer alone will bring in $33.5 billion from its vaccine this year, making it one of the bestselling drug products ever produced.