Musk’s blathering illustrates how the people at the top of U.S. society just repeat what are essentially billionaire urban legends. 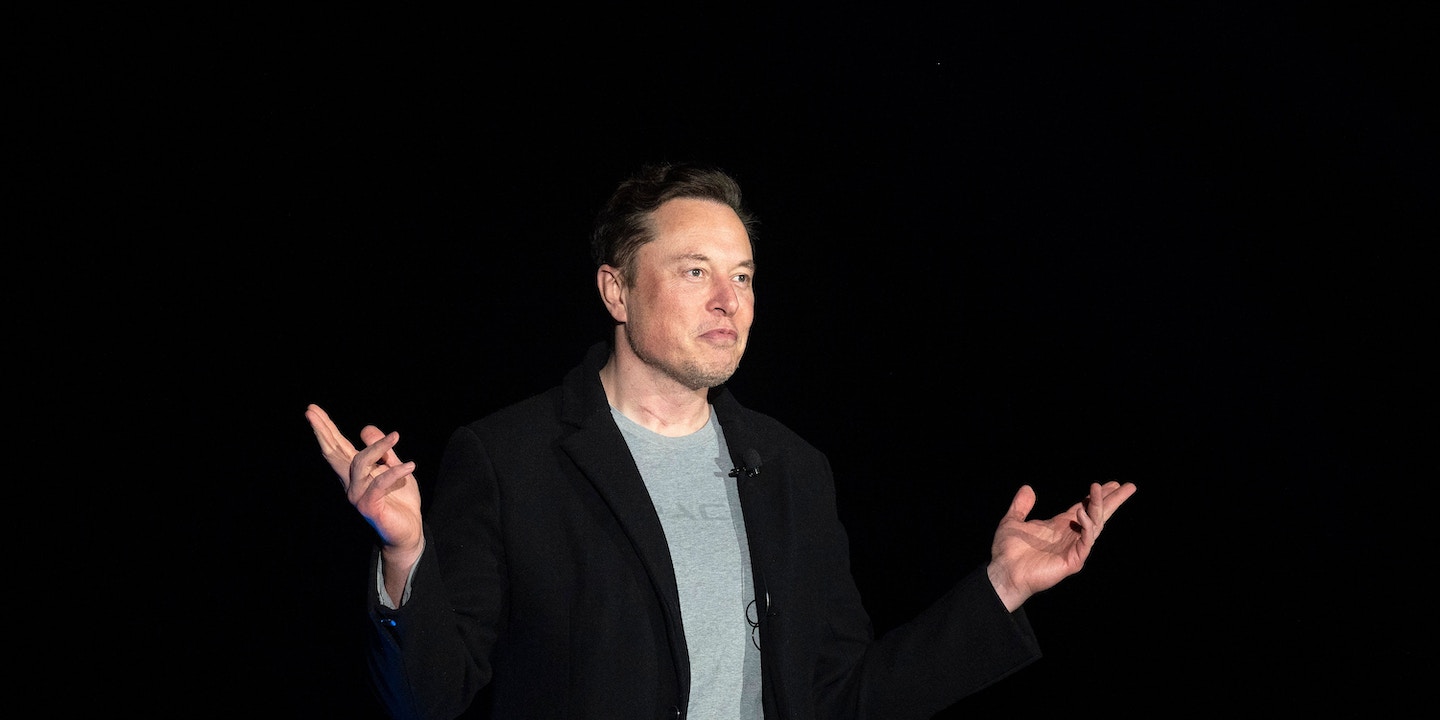 On Thursday, Elon Musk, the CEO of Tesla and SpaceX and — at current stock prices — the richest person in history, made the below pronouncement on Twitter. To most people it probably sounded alarming; however, the reality behind Musk’s words is not alarming at all. And the fact that Musk does not understand this makes it clear that he’s stupendously ignorant about the U.S. economy and entitlement programs:

True national debt, including unfunded entitlements, is at least $60 trillion – roughly three times the size of the entire US economy. Something has got to give.

Where did Musk get this $60 trillion number? What does it mean?

The first question can’t be answered definitively, since Musk didn’t say and didn’t respond when asked on Twitter. But you can be pretty sure that it originated from the government’s 2021 report on the status of Social Security, which stated that the program’s “unfunded obligation through the infinite horizon” in present-day dollars is $59.8 trillion.

That doesn’t mean Musk discovered this himself while thumbing through the report’s 270 pages. It’s more likely that he picked it up from the dozens of news stories that mentioned Social Security’s unfunded obligations when the report came out, or something like this blog post from the Cato Institute, a libertarian think tank in Washington, D.C. Most likely of all is that he just heard it from somebody at a party.

In any case, the $60 trillion number is correct, and it certainly sounds scary. Sixty trillion dollars is a lot of money! As Musk says, that’s roughly three times the size of the U.S. economy, which was $23 trillion in 2021.

But if you understand what’s going on here, it’s not scary at all.

But then there’s the “through the infinite horizon” part. This means that $60 trillion is Social Security’s unfunded obligations between now and the end of time.

In other words, we don’t have to come up with $60 trillion right this second, as implied by Musk’s comparison to the present-day U.S. economy. We have an infinite amount of time to pay for this — or more conservatively, 5 billion years, when the sun will turn into a red giant and consume the Earth, at which point we’ll have bigger problems than Social Security.

The same government report that provides the $60 trillion number also gives us, on the same page, the cumulative projected gross domestic product for the U.S. through the infinite horizon. It’s $4,237 trillion. This means, as the report says, that $60 trillion is 1.4 percent of the U.S. GDP during the relevant time frame.

That’s it. That’s what Musk is saying, even though he surely doesn’t understand it himself: We will have to come up with a tiny fraction of the U.S. economy to fully pay for Social Security’s benefits. Once you understand this, your reaction will be exactly the opposite of what Musk hopes: Who cares? Infinite horizon projections for Social Security’s finances. Source: The 2021 Annual Report of the Board of Trustees of the Federal Old-Age and Survivors Insurance and Federal Disability Insurance Trust Funds.

That’s most of the story, although not all of it.

A reasonable person might ask whether humans can accurately predict the future over the next hundred, thousand, or million years. The answer, of course, is that we can’t.

So why does the Social Security report do it? The infinite horizon number was first included in the annual Social Security report in 2003, thanks to pressure from right-wing wonks who hoped to see the program cut or dismantled. At the time, the head of what was then called the Social Insurance Committee of the American Academy of Actuaries wrote to Social Security’s trustees that “the new measures of OASDI’s” — an abbreviation for the Old-Age, Survivors, and Disability Insurance program — “unfunded obligations included in the 2003 report provide little if any useful information about the program’s long-range finances and indeed are likely to mislead anyone lacking technical expertise.”

That’s the answer: The infinite horizon projections are there to fool regular people.

Even funnier is that Social Security isn’t the only entitlement program with unfunded obligations. Medicare has even more: $103 trillion. That means Musk should have tweeted about $163 trillion in unfunded obligations. In other words, he knows so little about this that he can’t even put his best propaganda foot forward.

In any case, Musk’s ignorant blathering illustrates how the people at the top of U.S. society just repeat what are essentially billionaire urban legends while having absolutely no idea what they’re talking about. That’s how they got us into a gigantic war with Iraq based on a fantasy, almost destroyed the world economy in 2008, and let nearly a million of us so far die from the coronavirus. (Musk himself sagely tweeted in March 2020 that there would be “probably close to zero new cases in US too by end of April.”) If we allow them to continue operating in their dream world, they will, brimming with self-confidence, walk us into even more terrifying catastrophes.