America’s Frontline Doctors launched a video series devoted to Covid-19 disinformation and claimed it was teaming up with Project Veritas. The series stars Christopher Rake, a former anesthesiologist at UCLA Health. “I’m willing to lose everything — job, paycheck, freedom, even my life for this cause,” he said in a video he recorded of himself as UCLA staff escorted him out of the medical facility where he worked in October for refusing to take the Covid-19 vaccine. He’s the founder of the anti-vaccine group Citizens United for Freedom. In a crowdfunding campaign for his group, he wrote, “I’m a physician, a follower of Jesus, and a patriot who lost his job because I stood up for freedom.”

A trailer for the “Doc Tracy” video series — which the group released on January 29 to its more than 400,000 Twitter followers, its over 200,000 Telegram channel subscribers, and on its email newsletter — includes a few seconds of Kristina Lawson, president of California’s medical board, being accosted in a parking garage. On December 6, people who identified themselves as members of AFLDS followed and intimidated Lawson. In interviews and on a Twitter thread, Lawson said the group parked an SUV at the end of her driveway in Walnut Creek, California, flew a drone over her house, watched her children drive to school, and then followed her to work. When she left work, Lawson said, four men “ambushed” her in a dark parking garage with cameras, saying they wanted to interview her.

? On Monday, I was followed and confronted by a group that peddles medical disinformation, promotes fake COVID-19 treatments, and is under investigation by Congress for stealing millions of dollars from consumers. It was a terrifying experience. /1

AFLDS’s founder, Dr. Simone Gold, who has reached a plea agreement for her role in the deadly January 6 attack on the U.S. Capitol, is a licensed medical doctor in the state of California. In September, The Intercept revealed that AFLDS works with a network of telehealth companies to rake in millions of dollars selling hydroxychloroquine, ivermectin, and online consultations to Covid-19 vaccine skeptics. Most doctors, as well as the Food and Drug Administration, National Institutes of Health, American Medical Association, and World Health Organization, advise against prescribing these two medicines to treat or prevent Covid-19. Because of Gold’s work with AFLDS spreading disinformation about the vaccine’s safety and efficacy and selling unproven treatments for Covid-19, the state medical board has been under pressure by other medical doctors and pro-science activists to strip her of her license. The Intercept confirmed that the board is actively investigating Gold.

The AFLDS website has a form to sign up for updates about the new “Doc Tracy” video series, which it says will be released this month. The form includes the question, “Are you a social media influencer (any size) and would you like to be involved (paid or unpaid) in promoting Doc Tracy?”

After signing up for updates, the website sent an automated email that stated, “Thank you for joining me and my fellow fraud detectors on the Project Veritas Muckraker Tour. What an event!” The email said the video series will ask “tough questions from people who really don’t want to answer them” and that “They’re going to cry crocodile tears like Kristina Lawson did.” Project Veritas subsequently denied involvement in the video series. AFLDS eventually removed references to Project Veritas from its promotional materials. Automated email sent after signing up for updates about the Doc Tracy video series.

The trailer originally listed “Christian Hartsock, Project Veritas” as a consulting producer. Hartsock is a “senior investigative reporter” for Project Veritas. On February 1, just after promoting the trailer for the video series, Gold posted to Twitter and Telegram, “What a joy and an honor to join Project Veritas this week in the freedom state of Florida.”

The post includes a photo of Gold and her colleague John Strand — a professional model and actor who hosts short “fake news” segments for AFLDS and who has also been charged in the January 6 riot at the Capitol — standing with Rep. Matt Gaetz, R-Fla. Gaetz is currently under federal investigation for allegedly sex trafficking a 17-year-old girl. 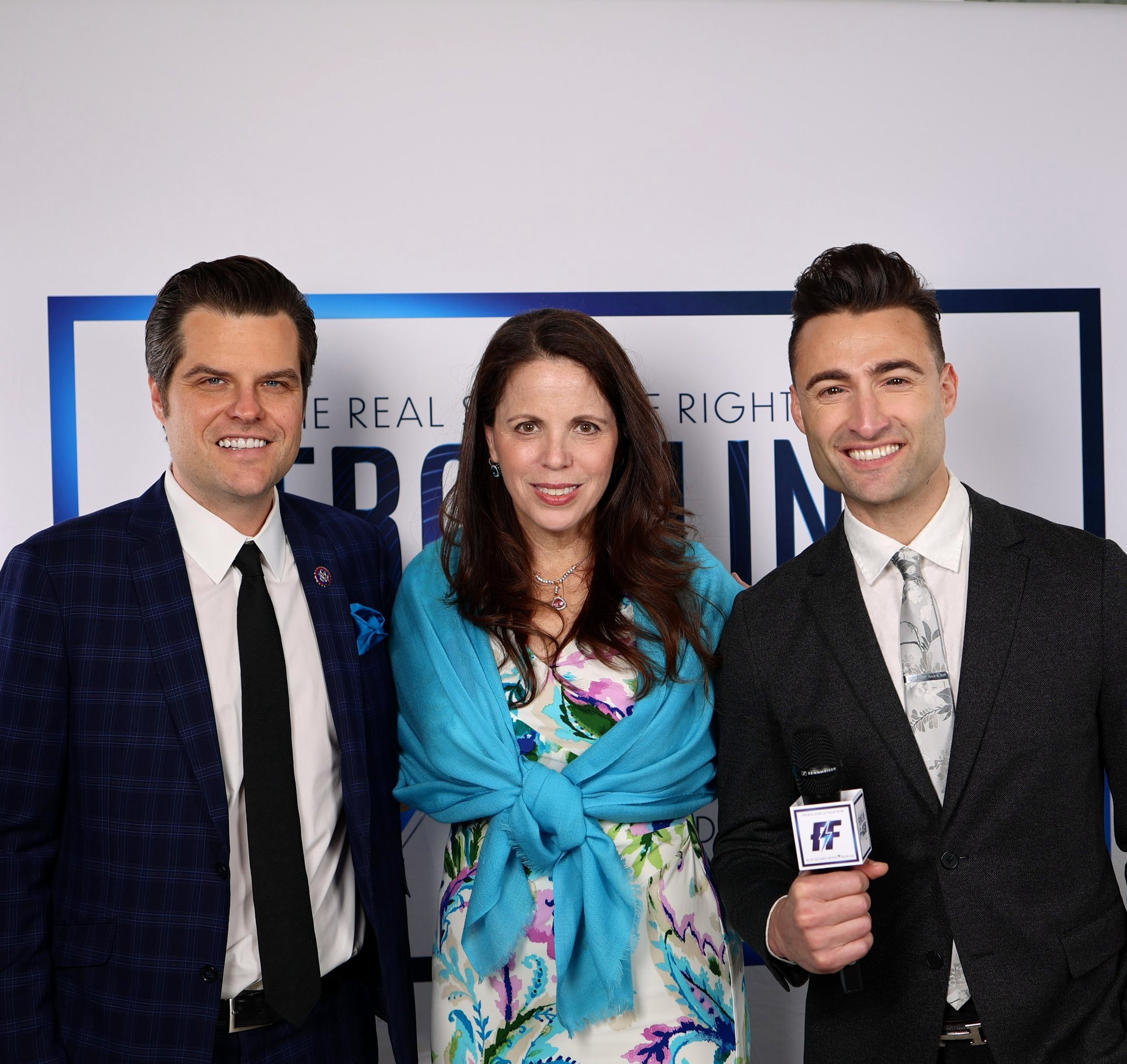 The trailer for the new AFLDS video series includes images of discredited scientist Dr. Robert Malone and his suspended Twitter account, while a voiceover says, “In a time where stating the facts is made illegal.”

On December 31, Malone was a guest on “The Joe Rogan Experience,” the $100 million Spotify podcast, where he used his credentials as an early researcher on mRNA gene transfer techniques to promote disinformation about Covid-19 vaccines. He also compared Covid-19 vaccination efforts in the U.S. to Germany when the Nazi Party rose to power.

In response to the episode, over 1,300 doctors, nurses, scientists, and professors signed an open letter to Spotify demanding that the company “immediately establish a clear and public policy to moderate misinformation on its platform.” This letter sparked a backlash against Spotify, with major artists including Neil Young and Joni Mitchell boycotting the platform and users canceling their accounts en masse.

This article has been updated to reflect the fact that AFLDS has removed a credit listing “Christian Hartsock, Project Veritas” as consulting producer from the trailer promoting its new video series.

This article has been updated to reflect the fact that AFLDS has removed references to Project Veritas from its Doc Tracy promotional emails.

Winston Smith from Project Veritas provided the following statement: “The references to Project Veritas in America Frontline Doctors’ production was neither done with Project Veritas’ knowledge or approval. Project Veritas was not involved in the creation and production of Doc Tracy. Christian Hartsock is not a credited producer. This error is being corrected. Mr. Hartsock has had conversations with AFD about journalism, but his involvement goes no further.”