Thousands of Russians have been arrested for protesting the war in Ukraine, but can the country’s jailed, exiled, or marginalized dissidents deter Putin? 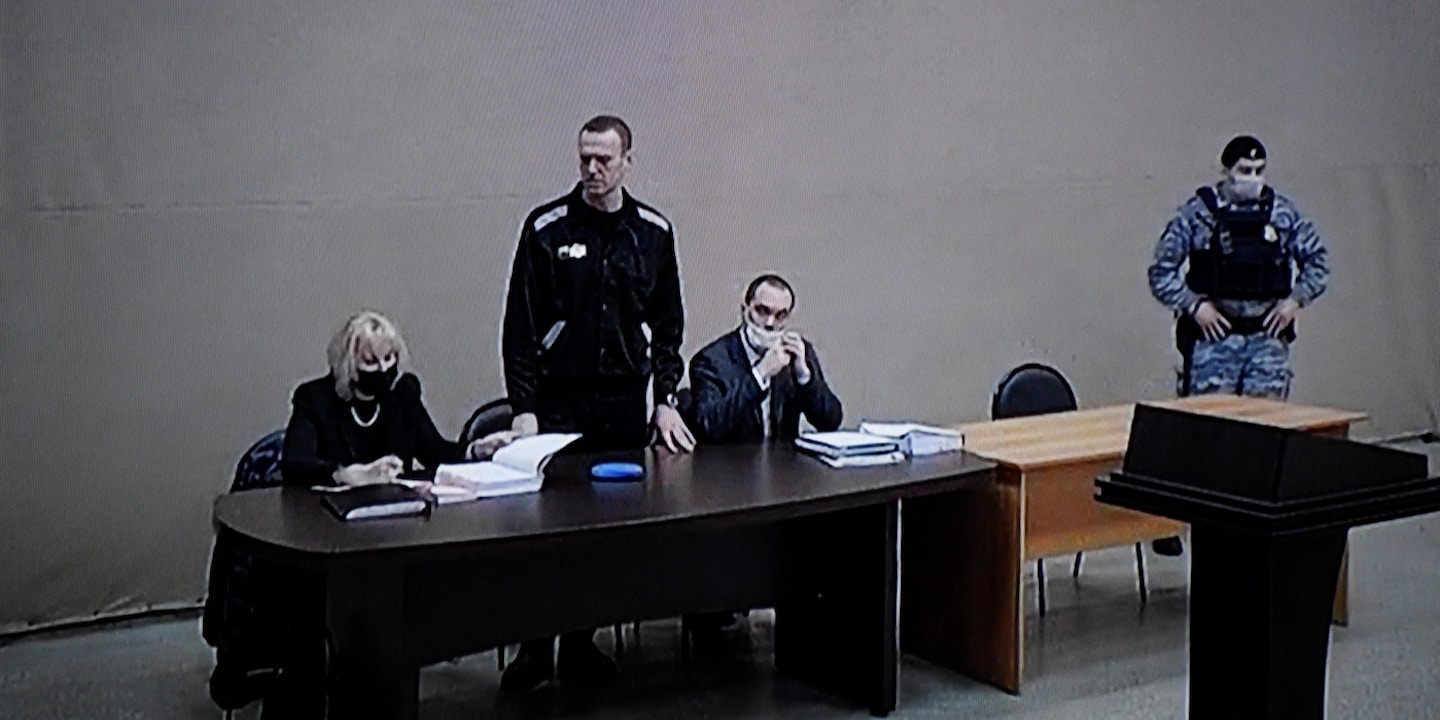 As Russia blocked social networks and news sites to keep the truth about President Vladimir Putin’s brutal assault on Ukraine from contradicting official lies, Ilya Yashin, a Russian politician who helped lead mass street protests against Putin’s reelection in 2012, took a train to a prison outside Moscow on Friday.

Yashin made the journey to testify, in a makeshift courtroom inside the prison, as one of 28 witnesses for the defense in the latest trial of Alexey Navalny, the anti-corruption activist who was jailed last year for failing to check in with a parole officer while in a coma after being poisoned with a nerve agent.

Russians who have the technical skills to use a virtual private network can evade the block on Twitter, and Yashin later tweeted a photograph of himself testifying across from Navalny.

It was a sobering image of two men who had been, a decade earlier, among the leaders of a series of protests attended by hundreds of thousands of Russians who demanded change and chanted “Putin’s a thief!” and “Russia without Putin!” Those protests were organized, promoted, and documented on social networks that are now officially banned in Russia — making it harder for opponents of the war in Ukraine to coordinate demonstrations and to encourage one another by spreading images of resistance.

At the start of that protest wave in late 2011, for instance, when Navalny and Yashin were arrested — arm-in-arm, chanting “One for all and all for one!” — video of their detention went viral on YouTube, and Navalny even posted a cheery image from a police van on Instagram of the detainees around him celebrating their defiance. A screenshot from the Instagram account of Alexey Navalny showing the interior of a police van following his arrest at a protest in Moscow on Dec. 5, 2011.

Prosecutors in the prison trial now accuse Navalny of having created his Anti-Corruption Foundation not to expose looting of state funds by Russian officials — like Putin cronies Dmitry Medvedev and Yury Chaika — but as a ruse to solicit donations from the public and embezzle the money. If convicted of this charge, and contempt of court, Navalny’s time in jail could be extended by 15 years.

According to Mediazona, a reader-supported news site focused on the Russian court system and prisons, Yashin told the court he is a fan of the investigative reports posted on YouTube by Navalny’s team and said it was perfectly normal to ask viewers of the foundation’s work to support it. He added that Navalny lived modestly in Moscow before he was jailed. (Mediazona, which is now blocked in Russia for reporting on the war in Ukraine, was founded in 2014 by Nadya Tolokonnikova and Maria Alyokhina of Pussy Riot after they spent 18 months in jail for performing an anti-Putin protest song in Moscow’s main Orthodox cathedral before the 2012 presidential election.)

Most of the other defense witnesses have been donors to the Anti-Corruption Foundation, known by its Russian acronym FBK, or supporters of Navalny’s political campaigns, who said that they found his work compelling and were not worried that they had been swindled.

Last year, Navalny’s organization brought more than 100,000 protesters to the streets following his arrest and released an investigative report on YouTube that accused Putin of building a lavish palace with looted state funds; the video was viewed more than 120 million times. The government declared Navalny’s foundation a banned extremist group, and his aides were forced into exile to continue their work. Yashin was also barred from running for office in Moscow due to his support for Navalny.

It is not clear how many Russians can now access Navalny’s messages on social networks, but he has urged protesters to continue to take to the streets to oppose the war in Ukraine. Thousands have done so in recent days, despite the near certainty of being arrested and brutalized by the police, many chanting “No to war!” and “Ukraine is not our enemy!”

As Navalny’s spokesperson, Kira Yarmysh, noted on Twitter, a young woman was dragged away by police on Tuesday in St. Petersburg just for holding up a sign that read: “Stop sending our soldiers to death.”

According to OVD-Info, a human rights group that monitors political persecution in Russia, more than 13,000 protesters have been arrested in 147 Russian cities since the beginning of the anti-war protests two weeks ago.

Because YouTube has not been blocked in Russia, daily livestreams and frequent updates on the war, produced by Navalny’s team in a temporary studio in neighboring Lithuania, reach hundreds of thousands or millions of viewers.

The latest open-source investigation from Navalny’s exiled team, published last week, focuses on the alleged corruption of Valentina Matviyenko, the speaker of the upper house of Russia’s parliament, whose signature is on the authorization for the use of Russian military force for “peacekeeping” in Ukraine. The report, which presents evidence that links Matviyenko’s family to a massive seaside villa in Italy, has been viewed more than 4 million times already.

The report begins with Maria Pevchikh, head of the foundation’s investigative unit, telling viewers what they will not hear on Russian state television: “Russia is at war with Ukraine. The senseless, unimaginable war has been going on for a week now. Russia attacked Ukraine. Russia is bombing Ukrainian cities.”

Matviyenko was sanctioned by the United States last month as a member of Russia’s security council, and she has been on a European Union list of Russian officials subject to a visa ban and asset freeze since 2014, when she supported the annexation of Crimea. Given that, it is not clear why, as the Ukrainian anti-corruption activist Daria Kaleniuk asked, the villa was not seized years ago.

Why this villa was not seized yet? https://t.co/748EwbmAte

After he returned home from testifying at Navalny’s trial, Yashin released a YouTube video of his own, in which he said that he had decided to stay in Russia and would keep speaking out against the war. “I will continue to call a war a war,” Yashin explained on Instagram, signaling his intention to defy Russia’s new military censorship law, which criminalizes accurate descriptions of the invasion of Ukraine as an act of war. “If I am destined to be behind bars because I opposed the war during the bombing of Kyiv and Kharkiv, I will accept it with dignity,” Yashin added. “I will wear this prison term with pride, like a medal.”

In late February, Yashin marked the seventh anniversary of the assassination of another opposition leader, Boris Nemtsov, by laying a bouquet of roses on a bridge just outside the Kremlin walls. Yashin’s flowers were placed in the spot where, on the night of February 27, 2015, he had stared in disbelief at the body of his friend and colleague Nemtsov, a vocal critic of Putin who was assassinated as he prepared to publish a report about Russia’s then-covert military presence in eastern Ukraine.

When Nemtsov’s report — called, simply, “Putin. War.” — was published after his death in 2015, his investigation revealed that at least 220 Russian soldiers had been killed fighting on behalf of separatists in Ukraine, despite official lies that Russia was not involved in the war.

The day before Nemtsov was gunned down, he had lamented to the Financial Times that Putin’s crackdown following the street protests in 2011 and 2012 had shattered the momentum for change as many activists were forced into exile or jail. “Three years ago, we were an opposition,” Nemtsov said. “Now we are no more than dissidents.”