A draft of the executive order obtained by The Intercept would use the Defense Production Act to ramp up mineral production for electric car batteries. 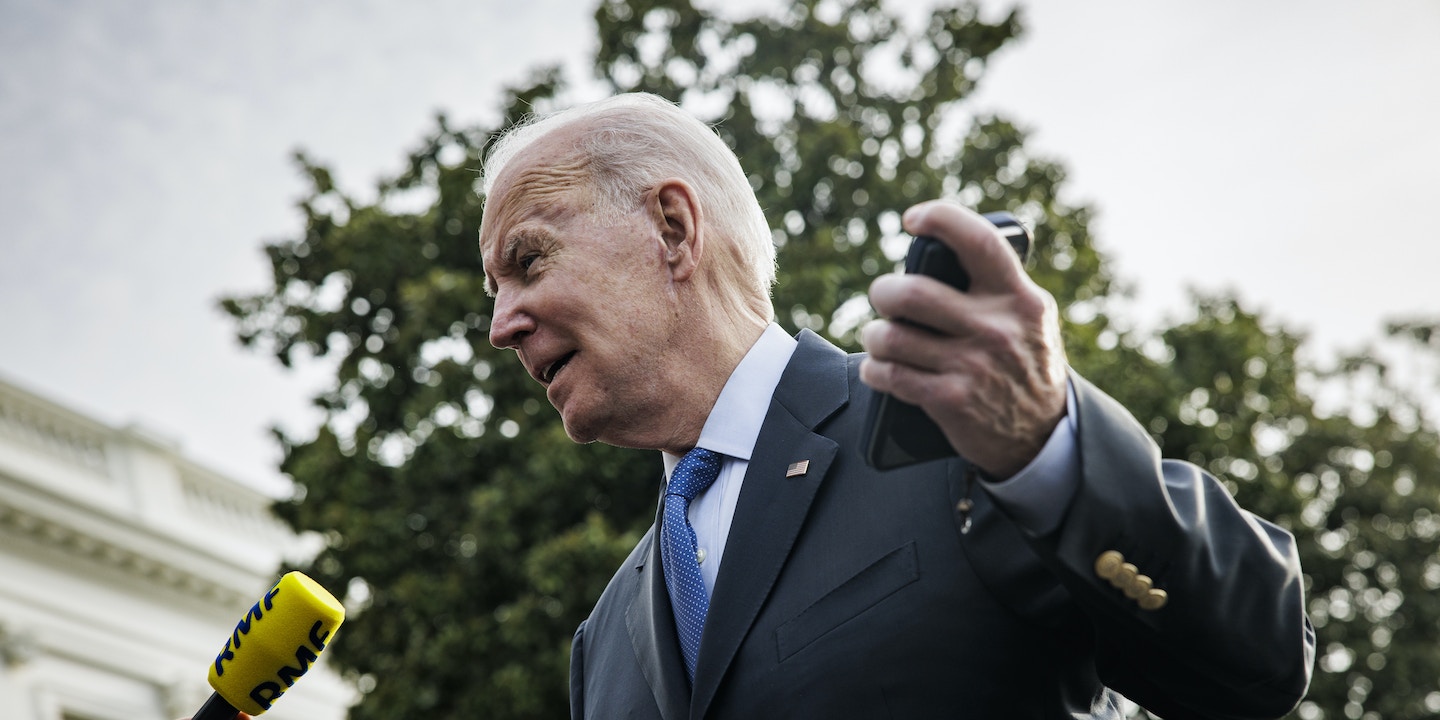 The Biden administration is drafting an executive order invoking the Defense Production Act to alleviate shortages of key minerals needed for the technology to store clean energy. The act, which would bolster the manufacturing capacity of electric vehicle producers in particular, indicates that the administration is open to using executive power to achieve progressive policy goals as Congress remains reluctant to pass key parts of his green energy agenda.

The order would declare that “ensuring robust, resilient, and sustainable domestic industrial base to meet the requirements of the clean energy economy is essential to our national security,” according to a draft of the document that remains in the “pre-decisional” phase. That reasoning follows a renewed push from the administration on its climate change priorities in light of shocks in the oil and gas market following Russia’s invasion of Ukraine. The order would specifically says “domestic mining, beneficiation, and value-added processing of strategic and critical materials from sustainable sources for the production of large capacity batteries for the automotive, e-mobility, and stationary storage sectors is essential to national defense.” The Intercept has reached out to the White House for comment.

Several senators sent President Joe Biden a letter on Wednesday asking him to use authorities such as those contained in the Defense Production Act, which significantly expands the president’s authority to unilaterally alter domestic manufacturing policy in times of crisis, to “support and increase manufacturing capacity and supply chain security for technologies that reduce fossil fuel demand and fuel costs, such as electric heat pumps, efficient electric appliances, renewable energy generation and storage, and other clean technologies.”

The letter — signed by Democratic Sens. Ed Markey and Elizabeth Warren of Massachusetts, Martin Heinrich of New Mexico, Cory Booker of New Jersey, and Jeff Merkley of Oregon — encourages Biden to make the U.S. less dependent on oil drilling abroad while simultaneously supporting climate goals: “Producing efficient electric products and exporting those goods to the E.U. and other foreign markets would help many countries lower their dependency on fossil fuels, and thereby strengthen their own energy security.” It’s the latest example of progressives in Congress urging the president to use his considerable authority to achieve policy victories. In a release earlier this month, the Congressional Progressive Caucus outlined a substantial agenda that could be achieved with the swipe of Biden’s pen. That list included utilizing the Defense Production Act to bolster the production of green energy technology.

The oil industry is also using the Russian invasion of Ukraine as an opportunity to push back on Biden’s energy policies and lobby for increased production. In a meeting with oil and gas executives on Tuesday, JPMorgan Chase CEO Jamie Dimon pitched the White House on his own Marshall Plan, Axios reported, to increase energy production in the West and thereby shore up the U.S. and Western Europe’s energy independence from petrostates like Russia. Dimon’s suggestions at the meeting — at which Biden was present, Axios reported — included more liquefied natural gas facilities in Europe.

Energy Secretary Jennifer Granholm also invoked the Marshall Plan in comments earlier this week. “I think it’s a moment for us to ask at this point in our history, what is going to be our version of the Marshall Plan for clean and secure energy in 2022 and beyond?”

“This clean energy transition could be the peace project of our time,” Granholm said, speaking in Paris. “But peace always comes after struggle. So let’s give this peace project the focus and the commitment and the resources of a war time effort. Our Marshall Plan.”

So far Biden has held the line that the long-term solution to record-high gas prices and dependence on petrostates lies with a clean energy transition. In a speech announcing the U.S. would ban imports of Russian fuel oil and gas, in early March, the president said, “[Russia’s invasion] should motivate us to accelerate the transition to clean energy.”