With support for advocates on the ground flagging, a new poll shows record lows for Democratic interest in immigration. 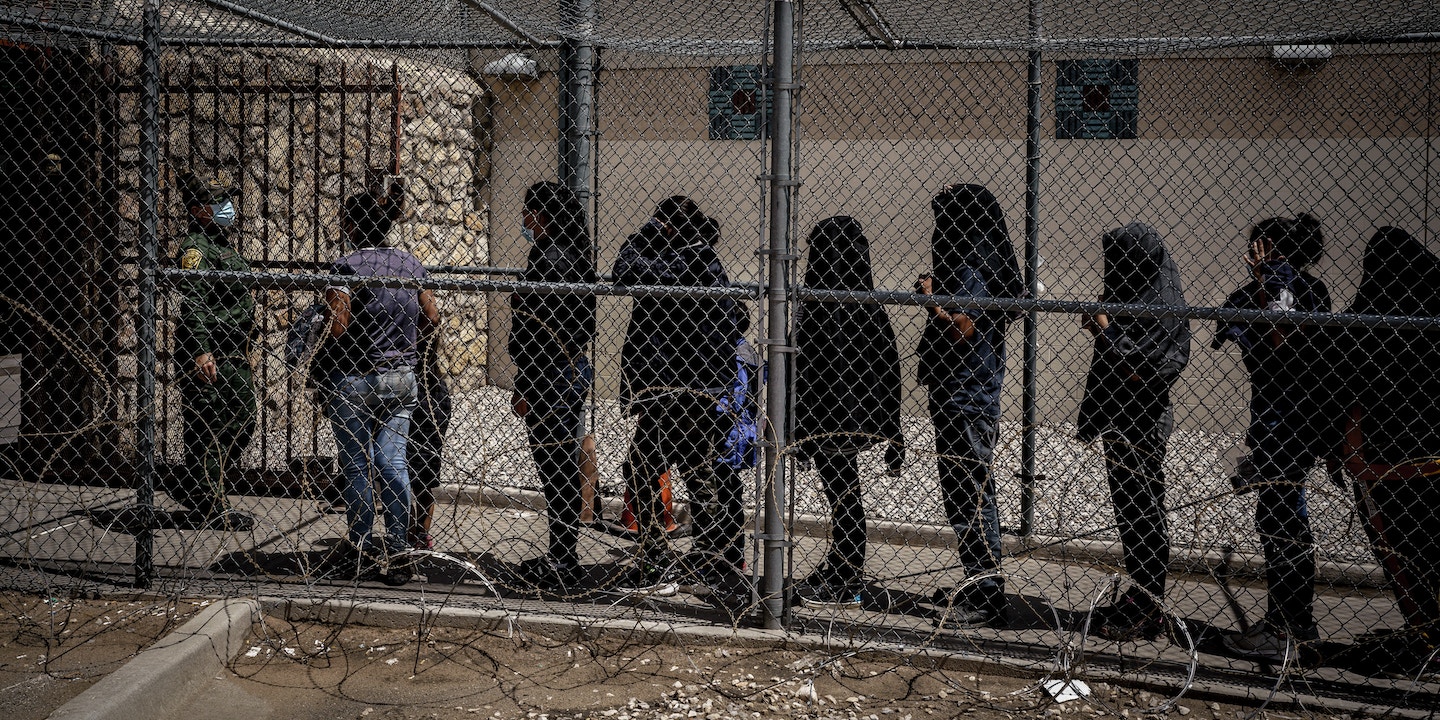 Two miles north of the line separating the U.S. and Mexico, where El Paso, Texas, meets Ciudad Juárez, Chihuahua, sits a modest one-story building that houses the Las Americas Immigrant Advocacy Center. The space is home to a staff of 19, including five lawyers and accredited legal advocates, who provide as much legal representation as they can to individuals fleeing the world’s most dangerous places. On average, they receive nearly 2,000 new calls for help a day.

Las Americas, like other nonprofit legal organizations along the border, is currently facing a critical moment. Over the past three years, the group has navigated a pair of policies enforced by Presidents Donald Trump and Joe Biden that changed the shape of migration on the U.S.-Mexico border. The first, known as “Remain in Mexico” but officially called the Migrant Protection Protocols, forced asylum-seekers to wait out their cases in Mexico. The second, known as Title 42, enacted in March 2020 at the beginning of the coronavirus pandemic, authorized border officials to summarily expel asylum-seekers without even initiating a case.

Both programs fueled a massive rise in kidnappings and violence targeting asylum-seekers in northern Mexico. The Biden administration is expected to lift Title 42 next month, likely resulting in a significant rise in apprehensions along the border. “Remain in Mexico” is another matter.

Though Biden ordered an end to the program upon taking office, a legal challenge filed by the state of Texas led to its reinstatement late last year. On April 26, the U.S. Supreme Court will hear arguments that could determine whether the program becomes a permanent fixture of the border. Should that happen, organizations like Las Americas, which has taken on 1,500 “Remain in Mexico”-related cases in the past three years, anticipate a difficult situation to go from bad to worse. The court’s historic arguments come at a time when, according to new polling, Democratic interest in immigration is at an all-time low and border aid groups that received millions of dollars in donations and public support under Trump are struggling to pay the bills.

“It seems that many people believe the crisis is over, and it’s really not. It’s only gotten worse for us.”

Since Biden took office, Las Americas has been forced to lay off two full-time members of its team working on detention. For Corchado, the cuts couldn’t come at a worse time. The most dangerous feature of the Trump administration’s approach to the border has lived on under Biden — and could be largely made permanent by this month’s Supreme Court arguments — and the constituency that border advocates count on for support appears entirely checked out.

“It seems that many people believe the crisis is over, and it’s really not,” Corchado said. “It’s only gotten worse for us.” 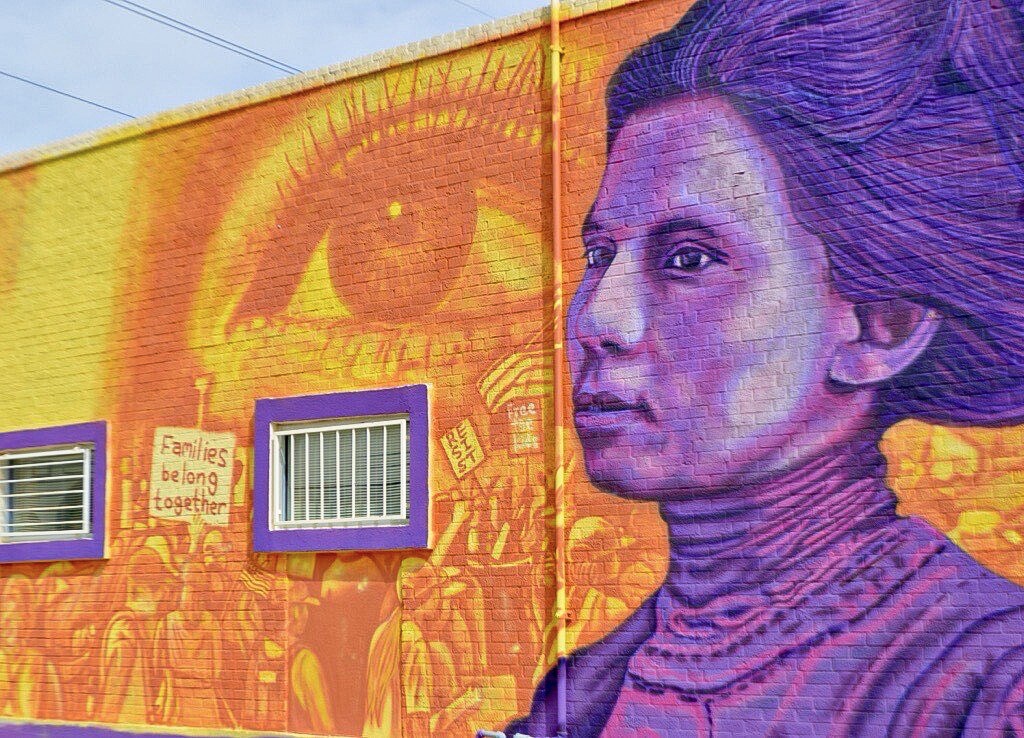 Early on during the Trump administration, when the U.S. government was forcibly separating asylum-seeking families by the thousands, the kind of work done by Las Americas drew international camera crews, congressional delegations, and, most importantly for a nonprofit like Las Americas, donations.

In 2019, the attention shifted away as the administration embarked on a new program of deterrence. “Remain in Mexico,” by design, forced asylum-seekers to wait out their cases in cities where migrant kidnapping and extortion is big business. The stories and made-for-TV images of profound human suffering were offloaded onto Mexican soil.

The shift had an out of sight, out of mind effect. By 2020, Las Americas’ beleaguered attorneys were coping with a simultaneous drop-off in public interest and an unending stream of horror stories from their clients. The situation worsened when the pandemic struck and the Trump administration instituted Title 42. Between the two policies, the organization Human Rights First has tallied more than 10,000 cases involving the assault, robbery, kidnapping, rape, or murder of individuals, including children, pushed back into Mexico.

While the level of concern is on “the high end” of readings taken over the past decade, the survey noted, “the modest shifts seen in Americans’ concern about illegal immigration over the years mask greater changes beneath the surface among partisans.”

Those changes may help explain the disinterest service providers like Corchado and her team at Las Americas are experiencing on the ground.

Republicans, according to Gallup, have grown increasingly concerned about immigration over the past two decades, from 21 percent reporting that they “worried a great deal” in 2001 to an all-time high of 76 percent in 2021. “More broadly,” the survey noted, “the overall percentage worried either a great deal or fair amount has expanded from just over half of Republicans in 2001 to nearly nine in 10 today.” The GOP’s rivals, meanwhile, have gone the opposite direction.

In a call with reporters Friday highlighting the significance of the upcoming Supreme Court arguments, Margaret Cargioli, a directing attorney at the Los Angeles-based Immigrant Defenders Law Center, drew parallels between the family separation crisis that captured the nation’s attention in 2018 and the brutal exportation of border enforcement that continues with little public notice today.

Cargioli described her experience representing a family with two children who were enrolled in the “Remain in Mexico” program and kidnapped while riding a bus to the northern city of Nuevo Laredo. Once abducted, the children were forced to watch as one migrant was burned alive in a vat of acid and another had her tongue slit for disobeying her captors’ commands. “We represent individuals in the Migrant Protection Protocols today, and we continue to hear these stories,” Cargioli said. “That is the ugly truth of MPP.” U.S. Border Patrol agents take a father and son from Honduras into custody for processing and possible separation near the U.S.-Mexico border on June 12, 2018, near Mission, Texas.

Creating the most expansive system for tracking, caging, and removing immigrants that the world has ever seen was a bipartisan undertaking. Over the two-decade period examined in Gallup’s polling, both Republicans and Democrats in Washington presided over the unprecedented expansion of a multibillion-dollar border interdiction, detention, and deportation apparatus.

Coupled with the tightening of asylum access in recent years, border militarization has made the act of seeking refuge on U.S. soil — a right enshrined under domestic and international law — vastly more dangerous, funneling families and individuals into remote areas of the desert and territories controlled by organized crime and abusive Mexican security forces. Programs like “Remain in Mexico” greatly exacerbate those dangers.

In early 2019, Corchado and her team represented a woman named Tania, a Black asylum-seeker from the Garifuna community of Honduras, who was pulled into the “Remain in Mexico” vortex just as the program was getting off the ground. Returned to Juárez, Tania’s skin color and tattered clothes made her a target for organized crime. Though she did as she was directed and returned to El Paso for her immigration hearing, Tania concluded that the process was a sham, just as many other asylum-seekers had. She and another woman decided that they would try their luck with a smuggler. Neither knew the man was in league with corrupt Mexican federal police.

The women were driven to various stash houses in Juárez. The night before they were told they would cross the border, they were taken to a home guarded by armed men in Mexican police uniforms. One of the uniformed men forced Tania to perform oral sex with a gun to her head. The following morning she and her traveling companion were taken to a new location where they were repeatedly raped. A week passed before the pair were found by local authorities and taken to a hospital.

Las Americas learned of Tania’s ordeal and quickly surmised that she had a compelling asylum case before ever being returned to Mexico. In a development that shocked Corchado and her colleagues, their office was contacted by officials at Department of Homeland Security headquarters who expressed concern over Tania’s experience and saw to it that she was paroled into the U.S.

At first, Corchado believed the move was a sign that even Trump’s top officials recognized the inherent danger in the “Remain in Mexico” program and that they would step in to prevent further harm to vulnerable people. Instead, the support stopped and cases like Tania’s became the norm.

In the past year, one of Corchado’s senior attorneys was forced to hide out for hours in Juárez while armed men roamed the streets. Two weeks ago, that same attorney made a return visit to assess the caseload at local shelters. He was so inundated with desperate migrants seeking help that he required a police escort to return to the border. “It’s such a heavy burden to carry,” Corchado said. “That’s why we’re just so heartbroken — because we’re dealing with a government with so many resources, and here is one attorney trying to make a difference and he can’t even do it.”

“We’re tired,” she said. “We’re burnt out. We’ve experienced extraordinary levels of vicarious trauma, and we’re looking to the government for solutions, yet here we are, still trying to do the best that we can.”