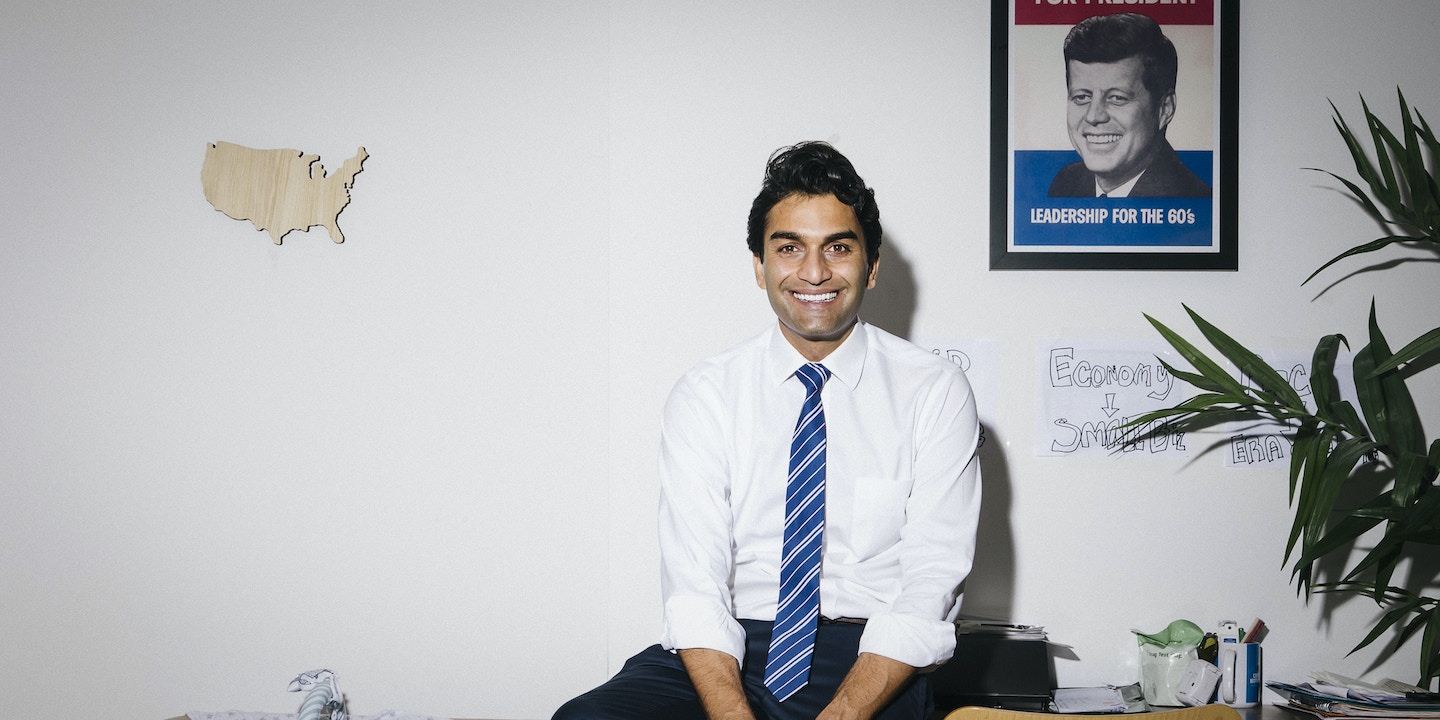 Longtime Democratic congressional candidate Suraj Patel has nabbed the support of environmental lawyer and Chevron foe Steven Donziger in his bid to oust two of New York’s longest-serving Democrats from Congress. The endorsement positions Patel to gain more credibility with local progressives, many of whom had rallied behind activist Rana Abdelhamid in the primary for New York’s redrawn 12th district. Abdelhamid suspended her campaign Tuesday.

Patel and Abdelhamid both entered the race from the left to challenge 30-year incumbent Reps. Carolyn Maloney and Jerrold Nadler, who were placed in the same district thanks to a new congressional map. Drawn by a special master after the courts rejected the New York legislature’s original map, it combines Nadler’s Upper West Side turf with Maloney’s Upper East Side base to create a newly formed 12th district, setting up the contest between the two venerated, Manhattan-based lawmakers. A recent poll from Emerson College found 31 percent of primary voters support Maloney, 22 percent want Nadler, 6 percent back Abdelhamid, and 4 percent plan to vote for Patel, with 36 percent undecided.

“Suraj has fought relentlessly for climate justice, indigenous rights, and speaking truth to corporate power and influence in our democracy and I am proud to endorse him for Congress,” Donziger said in a written statement to The Intercept. “Both Jerry Nadler and Carolyn Maloney are some of the biggest recipients of corporate PAC dollars in the country; their incrementalism and defense of big corporations have led us to the brink. 60 years is enough time in Congress to know that the 61st will be no different. It’s time for change.”

Donziger is renowned among progressive circles on the Upper West Side for his activism against Big Oil. In 2011, he won $9.5 billion for thousands of Indigenous Ecuadoreans and farmers in a high-profile class-action lawsuit against Chevron for contamination of their lands. The corporation sought to vilify him, winning verdicts that disbarred him and eventually placed him in prison for 45 days and under house arrest for more than two and a half years. On April 25, he was released early amid a public campaign from human rights activists.

Now Donziger is putting his weight behind Patel, a former Obama administration staffer and technology entrepreneur who characterizes himself as a “pragmatic progressive.” Patel supports a Green New Deal and Medicare for All but distinguishes himself from more left-wing Democrats by, for example, backing military assistance to Israel and touting his long-standing commitment to strong U.S. relations with the country. He was also criticized for 2012 Facebook posts sexualizing then 16-year-old Olympic gymnast McKayla Maroney, and accused of courting voters by catfishing users on dating apps during his 2018 campaign. His campaign at the time described the former as private jokes taken out of context and the latter as a new tactic to excite voters.

“Nearly all of the volunteers used their own dating app accounts but where someone felt like they didn’t want to use their own because of their own dating life, the organizers of the event told them they were welcome to use a stock photo but to be clear, every single profile clearly identified Suraj Patel for Congress on images,” Patel wrote in a statement to The Intercept. “As a Millenial running for office, my entire life has existed over social media and like so many young people I’ve made over 10,000 comments on Facebook.  Rep Maloney found one single completely out of context comment over a 15 year span between me and my girlfriend and ran an incredibly dishonest campaign to smear my character using it. The only people who would find that newsworthy might be the rightwing media that ran it.”

Abdelhamid, a member of the Democratic Socialists of America, had positioned herself to Patel’s left. In addition to the Green New Deal and Medicare for All, her campaign emphasized the need for union protections and investments in the care economy. She deviates from Democratic Socialists of America by opposing the Boycott, Divestment, and Sanctions movement but says she wants to condition aid to Israel on the advancement of human rights.

The 2022 election is Patel’s third primary race against Maloney. In 2020, he came within 3 percentage points of beating her, surpassing other left-wing candidates like comedian Lauren Ashcraft and housing activist Peter Harrison. It was a significant improvement from Patel’s 19-point loss to the Democratic incumbent in 2018, and he’s looking to channel the momentum into a victory this year.

For Donziger, the primary for New York’s 12th district is personal. In September 2021, while under house arrest awaiting his prison sentence, the lawyer criticized Nadler, his representative, for failing to come to his defense. He pointed out to The Intercept that the lawmaker’s son works for Gibson, Dunn, & Crutcher LLP — Chevron’s law firm. (Nadler’s spokesperson said that his son was not involved in the case and the congressman does not comment on ongoing cases.)

Meanwhile, Patel spoke at a rally supporting Donziger outside his trial last year. And in 2012, he published a 40-page paper in the Tulane Environmental Law Journal on Donziger’s pursuit of justice for Indigenous Ecuadorians against Chevron.

“While Jerry Nadler was silent, Suraj spoke up because he knew we were on the right side of the law and the right side of history,” Donziger said. “Civil liberties are at stake in my case and my Congressman has been completely silent while one of the biggest human rights crimes in the world happened in his district while I languished in house arrest.”

While Donziger will likely offer Patel a boost, other influential figures on the left had coalesced around Abdelhamid to give voters a well-resourced progressive fighter. The Google staffer, who was seeking to be New York’s first Muslim congresswoman, had the support of Justice Democrats, a political action committee aligned with the Bernie Sanders wing of the party that paved the way for fellow New York Democrats Alexandria Ocasio-Cortez’s and Jamaal Bowman’s victories. She also boasted endorsements from left-wing powerhouses like New York City Council Member Tiffany Cabán and former gubernatorial candidate Cynthia Nixon.

While Abdelhamid outraised Patel in the first quarter of the race, Patel had more money in the bank. Public records show that during the first three months, Abdelhamid raised nearly $960,000 with $360,000 on hand, while Patel raised about $650,000 with $544,000 on hand.

With Abdelhamid out, Patel will still face a formidable resistance from the incumbents. Also in the first quarter, Nadler raised close to $920,000, including about $218,000 from groups like the American Federation of Teachers, AFL-CIO Committee on Political Education. Maloney surged ahead with nearly $2.3 million, including more than $820,00 from PACs by Pro-Israel America, UBS, and more.

Update: May 31, 2022, 12:45 p.m.
After this story was published, Rana Abdelhamid announced that she was suspending her campaign, citing the removal of Queens and Brooklyn communities from New York’s newly redrawn 12th congressional district.

Update: June 6, 2022
This story has been updated to include an added statement from Suraj Patel.