A new forensic analysis proves that an Israeli sniper could see that Shireen Abu Akleh was a journalist before firing the bullet that killed her. 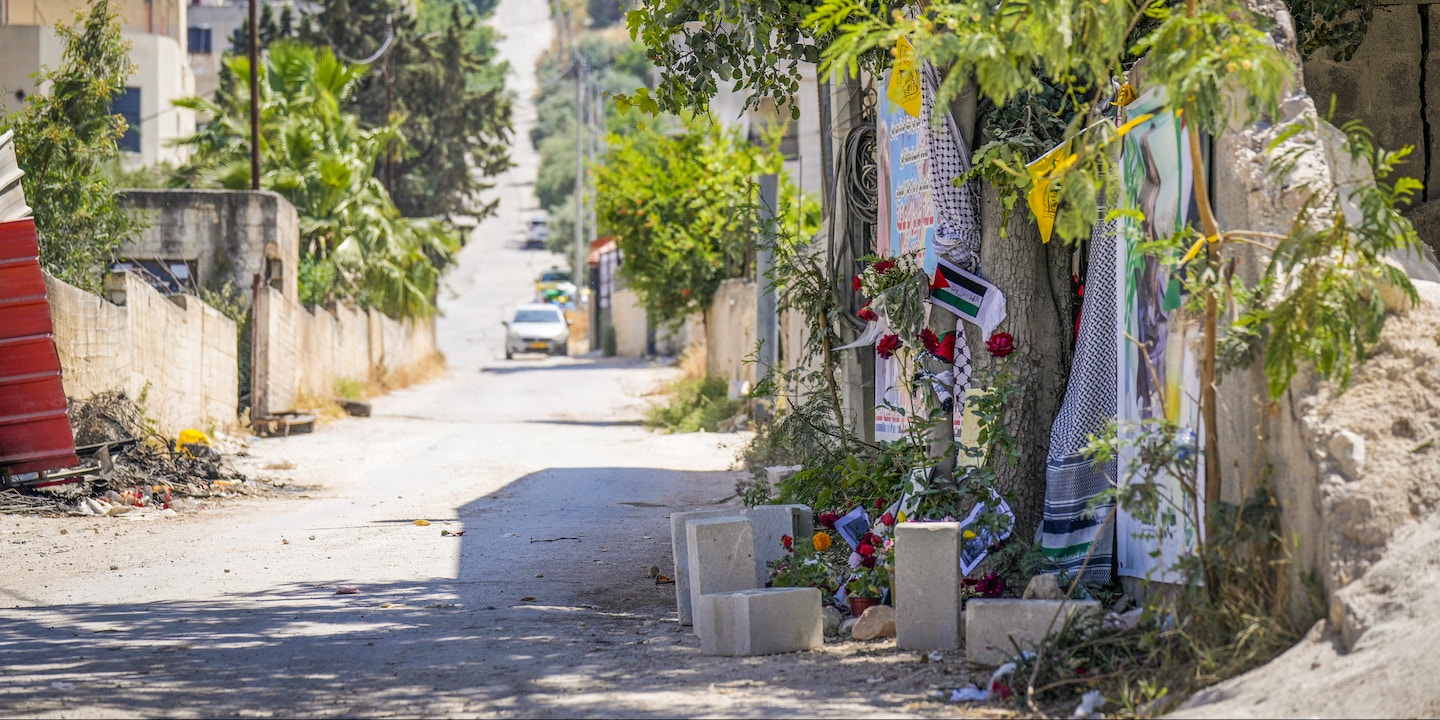 Palestinian American journalist Shireen Abu Akleh, who was killed by Israeli forces in May while reporting from the occupied West Bank city of Jenin, was deliberately and repeatedly targeted, along with her colleagues, despite being clearly identified as a member of the press, a new report released Tuesday concludes.

The report, a collaboration between Palestinian human rights group Al-Haq and the U.K.-based research agency Forensic Architecture, confirms the findings of half a dozen earlier independent reviews of the incident, including by the United Nations, which have found that Israeli forces were responsible for Abu Akleh’s killing, with the U.N. noting that the bullet that killed her was “well aimed.” But the new report, which includes a detailed digital reconstruction of the incident based on previously unseen footage recorded by Al Jazeera staff at the scene, in addition to witness testimony, open-source video, and a drone survey of the area, offers the most conclusive account yet of what transpired that day.

The report directly contradicts the final conclusions of a review by Israeli authorities issued earlier this month, in which officials conceded there was a “high possibility” that Abu Akleh was “accidentally hit by [Israel Defense Forces] gunfire.” In that report, Israeli officials claimed that the IDF soldiers were firing toward “suspects identified as armed Palestinian gunmen, during an exchange of fire in which life-risking, widespread and indiscriminate shots were fired toward IDF soldiers.”

But the new reconstruction clearly shows that there were neither armed gunmen nor shots fired in the minutes leading up to Abu Akleh’s killing. Instead, the reconstruction shows that Abu Akleh’s and her colleagues’ “PRESS” insignia was clearly visible from the position of the IDF shooter; that the shooter had a “clear line of fire,” indicating “precise aim”; and that the firing continued as the journalists sought shelter. After Abu Akleh was hit, a civilian attempting to provide aid to her was fired upon each time he tried to approach her. A simulated view shows a recreation of an IDF sniper’s riflescope having a clear view of the Al Jazeera journalists, wearing blue press vests and facing forward, in the moments before journalist Shireen Abu Akleh was targeted and fatally shot.

“This is literally the last nail in the coffin of what the army is arguing,” the Forensic Architecture researcher in charge of the investigation, who asked not to be named because of fear for their safety when working in the region, told The Intercept.

“We can prove conclusively that there was no one — zero persons — in between the occupation forces and Shireen,” they added. “There were no bullets, in sound or visually, so it’s not that the army was responding to anything. We can also show using visibility analysis that we’ve done in our model, that the shooting only happened when they were within the visible range of the army, which means that it was fully intentional.”

The IDF did not immediately respond to questions about how the new evidence contradicts its claims. Al Jazeera did not respond to a request for comment, including questions about the footage it had not previously made public, which shows the last moment in which Abu Akleh was alive. The network is considering legal action in the case.

The new report was presented at a press conference in The Hague, the seat of the International Criminal Court. On Tuesday, the International Federation of Journalists, the Palestinian Journalists Syndicate, and International Center of Justice for Palestinians filed a complaint with the court on behalf of Abu Akleh’s family and journalist Ali Al Samoudi, who was also shot during the same incident. In April, the groups had submitted another request for the court to launch an investigation into the systematic targeting, maiming, and killing of journalists in Palestine. Abu Akleh’s killing came just days after the ICC acknowledged receipt of that complaint.

“Israel’s failure to carry out an effective investigation into the killing of Shireen amounts to a shielding of perpetrators and highlights the need for the Prosecutor of the International Criminal Court to expedite the investigation in the Situation in Palestine,” Susan Power, Al-Haq’s head of legal research and advocacy, said in a statement, referring to an investigation the court opened last year. Al-Haq is one of six Palestinian civil society and human rights organizations that Israel has targeted over the last year, after baselessly designating them “terrorist organizations.” In August, Israeli forces forcibly broke into and vandalized several offices, including Al-Haq’s. An investigation of the raid was published by Forensic Architecture earlier this month.

Members of Abu Akleh’s family also traveled to The Hague on Tuesday to submit the complaint. “The evidence is overwhelming. It’s been over four months since Shireen was killed. Our family shouldn’t have to wait another day for justice,” they wrote in a statement. “It’s obvious that Israeli war criminals cannot investigate their own crimes. The US still has an obligation to investigate and take meaningful action for one of their own citizens. But when an individual state fails to protect its own citizens, it’s the responsibility of the international community to protect them instead.” Family members and friends of Shireen Abu Akleh are seen as Rep. Betty McCollum, D-Minn., calls for an investigation in Washington, D.C., on July 28, 2022.

Since day one, Abu Akleh’s family, along with a number of U.S. legislators, have called on the U.S. government to conduct its own independent investigation of the killing. Some members of Congress are seeking to force the U.S. government to investigate the incident by introducing legislation requiring the State Department and FBI to do so. But so far, U.S. officials have merely reviewed the findings of Israeli and Palestinian investigators, failing to reach a “definitive conclusion.”

While Secretary of State Antony Blinken also called for an “independent, credible investigation” following Abu Akleh’s killing, there is no indication that the department has done anything to secure one. In a scathing statement last week, Sen. Patrick Leahy, D-Vt., criticized the administration for its failure to do more about the killing of a U.S. citizen.

“No one can credibly think that the [Palestinian Authority], which does not have access to the IDF soldier who likely fired the bullet that killed Ms. Abu Akleh or to other IDF personnel who may have information about it, or Israel which has a history of investigations of shootings by IDF soldiers that rarely result in accountability, can be completely relied on to determine and make public all the facts of what happened in this case,” Leahy said in a statement. “There is an increasing foreboding that, as in so many other cases and like the murder of Jamal Khashoggi, there will never be the independent, credible investigation and accountability that Ms. Abu Akleh’s family, the Secretary of State, I, and others have called for.”