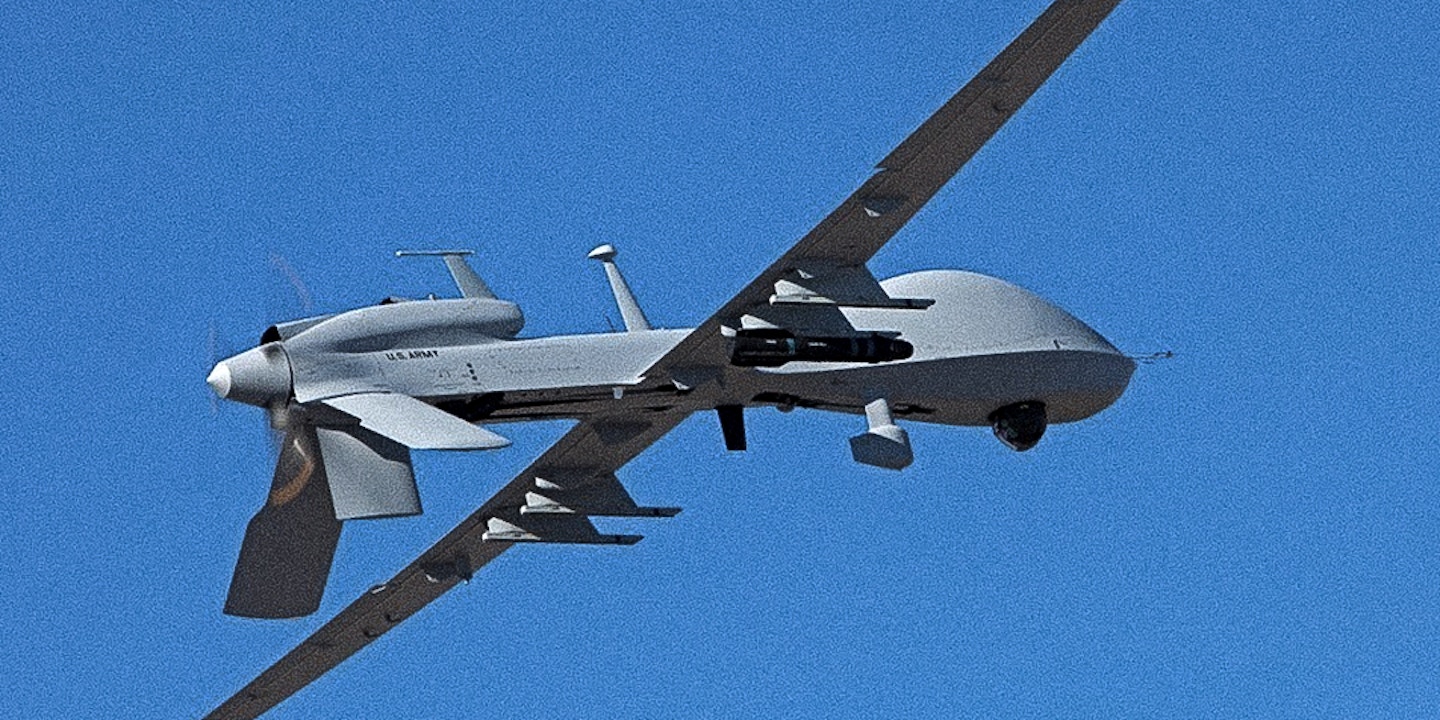 A bipartisan group of U.S. senators has intensified pressure on the Biden administration to give Ukraine a top-tier U.S. drone capable of firing four Hellfire missiles or eight Stinger munitions. The 16 senators, led by Iowa Republican Sen. Joni Ernst and West Virginia Democrat Sen. Joe Manchin, called the Gray Eagle MQ-1C “the Ukrainian government’s highest-priority military equipment transfer request” of unmanned aerial systems and said it would have “the potential to drive the strategic course of the war in Ukraine’s favor.”

Despite aggressive lobbying from the drone industry, the Gray Eagle’s manufacturer General Atomics, the Ukrainian government, and a slew of U.S. lawmakers, the Biden administration and Pentagon have so far declined to approve the transfer of the drones. They have cited concerns about exporting sensitive components on the drone, including a Raytheon-manufactured targeting and surveillance system. While the U.S. has exported previous generations of weaponized drones to its allies, it has never approved a foreign sale of the Gray Eagle.

In their November 22 letter, the senators — including Republicans Lindsey Graham and Chuck Grassley as well as Democrats Richard Blumenthal and Mark Kelly — wrote, “Most importantly, armed [drones] could find and attack Russian warships in the Black Sea, breaking its coercive blockade and alleviate dual pressures on the Ukrainian economy and global food prices.” The senators asserted, “A Russian victory over Ukraine would significantly damage American security and prosperity.”

As The Intercept noted on November 18, the proliferation of drone warfare in Ukraine has been fueled by both sides — with Russia utilizing Iranian-made Shahed drones in swarm attacks against Ukrainian targets, including civilian infrastructure. The U.S. and other NATO countries have given Kyiv some 2,500 Switchblade and Phoenix Ghost “suicide” drones, which effectively function as small, remote-controlled cruise missiles. Ukraine has also been using larger Turkish-manufactured Bayraktar TB-2 drones, which are a cheaper and less powerful version of the premiere U.S. drones used widely in “counterterrorism” operations in the Middle East and Africa.

President Joe Biden has repeatedly indicated that he does not want to unnecessarily increase U.S. involvement in the war in Ukraine, and the White House has sought to calibrate its actions in support of Ukraine in part based on how Russian President Vladimir Putin will perceive them. Already, Russian officials routinely state that they are not just fighting Kyiv’s forces, but also U.S. and NATO infrastructure. On November 9, the Wall Street Journal reported that Biden was concerned the transfer of the Gray Eagles “could escalate the conflict and signal to Moscow that the U.S. was providing weapons that could target positions inside Russia.”

There are indications that the U.S. is considering modifying some of the components on the Gray Eagle and swapping them out for less sensitive technologies in order to move forward with supplying the drones to Ukraine. In their letter, the senators noted that AGM-114 Hellfire missiles “have been reviewed and exported to over twenty-five U.S. partners.” Last week, a Pentagon spokesperson said that “nothing has been ruled out.” The senators asked the White House to respond to their letter no later than November 30.