Lyle Jeremy Rubin’s book on Afghanistan wrestles with how to write about war without encouraging readers to follow his footsteps into battle. 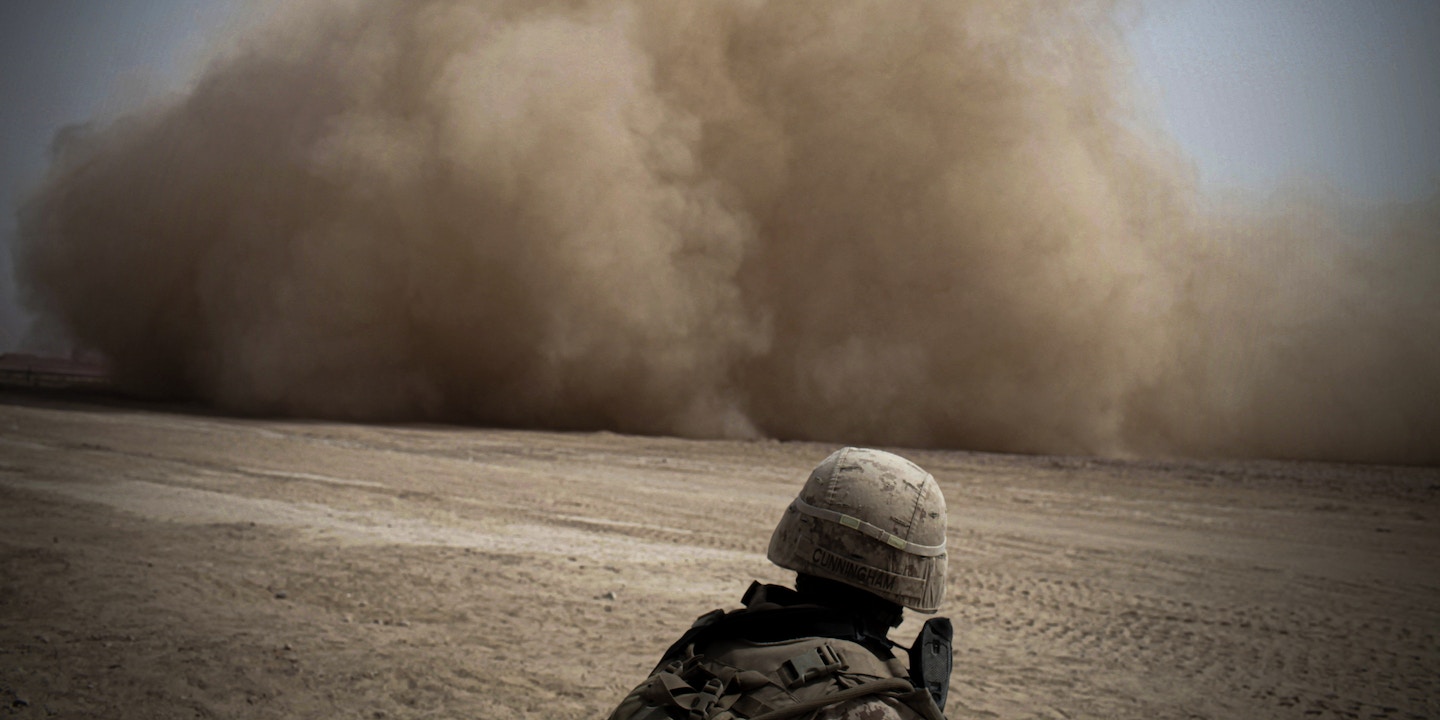 War is hell, we hear that all the time. If the cliché is true, another one is too: Depictions of war’s brutality can entice people to seek it out.

The 9/11 wars have yielded a bumper crop of books and films about U.S. soldiers that often have the effect of glorifying combat. Some of these works are blunt odes to violence and chauvinism, such as “American Sniper,” the memoir by Navy SEAL Chris Kyle that was turned into a blockbuster film by Clint Eastwood. While many memoirs and movies are more honest and complex, there’s a dilemma that even the best war literature has a hard time avoiding. No matter how much a writer might emphasize the dehumanization of boot camp or the dreadfulness of killing, there’s usually enough of a heroic glint in their tales to make young Americans want to get some of the action themselves.

Rubin chose as his title a Marine motto that would seem to promise his readers nothing but dumb machismo: “Pain Is Weakness Leaving the Body.” But the subtitle – “A Marine’s Unbecoming” – gets at the real business he undertakes, which is to subvert the traditional thrall and scope of war memoirs.

The book opens with a requisite combat scene from Afghanistan, though it’s just a few pages long. The reader must then leaf through nearly 200 pages before Rubin’s narrative settles back into Afghanistan. He charts how his slow epiphany began during a pre-deployment stint at the National Security Agency — the electronic spy agency where he saw how America could “eradicate anyone holding an earmarked SIM card” and used that power with insufficient restraint. He realizes that the wars in Iraq and Afghanistan were not innocent mistakes by a well-meaning superpower that happened to overreach. “Now I was prepared to accept the obvious – that U.S. militarism counted as a principal part of this problem,” he writes.

His book includes lengthy passages on how American militarism oppresses not just foreigners, but Americans too, and how he morphed from an eager college Republican before joining the military to a supporter of Occupy Wall Street after his service. It is, in many ways, a bildungsroman of the 9/11 generation, about his Jewish upbringing, his early political and sexual experiences, his initiation into a military culture that breaks down and reconstructs identity, and his unsuccessful efforts to remain connected to a civilian girlfriend. He is struggling, as so many young people do, to understand who he is and what he believes.

By the time he gets to Afghanistan in 2010, Rubin is already skeptical about his line of work. The Afghan war section of his memoir is less than 40 pages and is printed in a different font, creating a book within a book. It’s not so much to accentuate his front-line experiences, I think, but to separate them out, as though to tell us with a bit of distaste, “OK, the war genre requires that I provide some ‘bang bang,’ so here it is.” As combat material goes, it’s pretty mild. Rubin was a signals intelligence officer, so his exposure to bullets and bombs mostly occurred during visits to members of his unit who were on outlying bases.

Typical soldier narratives have once-innocent men and women waking up to the horror of war; picture in your mind Charlie Sheen in “Platoon.” In Rubin’s book, the horror that would gradually reveal itself is the condition and purpose of his homeland. Yet as he set off for Afghanistan, he still didn’t see everything. “I was not ready to fess up to the most wretched ramifications of my slow-going disillusionment,” he writes. “I was not yet equipped, mentally or intellectually, to see the empire, but I was becoming more sensitive to my own status as both its product and its guarantor, a crossroads fraught with conflicting excuses, self-deceptions, and escalations.” The cover of “Pain Is Weakness Leaving the Body” by Lyle Jeremy Rubin.

In Afghanistan, he finds that despite his new political consciousness, he is nonetheless susceptible to the brute attractions of inflicting violence on strangers. Just before going out on a patrol to hunt down insurgents, he gathers with other Marines for a chaplain-led prayer that, he writes, “includes phrases like ‘Please, Lord, allow us to track down and kill those cowardly little pricks.’” When the patrol is called off at the last minute, he is deflated: “The fact is, I want to get some like everyone else. And so I’m disappointed as fuck.”

The strength of this book is that its passages on his yearning for violence, and his embarrassment at that yearning, are not the endpoints of his exploration, as they might be in the hands of other veterans. Yes, he is soul-searching, but the soul he examines most intensely is America’s, not his own. I think you could put 100 war memoirs on a shelf and they would not contain as many references to Western intellectuals as Rubin’s 290-page book, which mentions Herbert Marcuse, Susan Sontag, Noam Chomsky, Simone Weil, Joan Didion, Dwight Macdonald, Carl Schmitt, Friedrich Hayek, Michel Foucault, Samuel Freeman, Sigmund Freud, H.L. Mencken, and Guy Debord, as well as the poets Sylvia Plath and Czesław Miłosz, among many others.

This is also a weakness, however. One of the reasons war memoirs tend not to stray from the battlefield or boot camp is that it’s easier to write a compelling narrative when you keep your readers anchored in these crazy and violent places. I’ve written about war before, perhaps too much, and one of the reasons might be that it’s relatively easy; how could I not find a way to entrap readers when there was so much gore and drama to draw upon? Rubin resists this easier path, while acknowledging that whatever approach he takes, “there is no way I can speak about my past or my politics without risking the encouragement and benefits of America’s cheap yet profitable obsession with war … to unveil the treachery of my service, I must first capitalize on it.” Yet by capitalizing as little as he can get away with, and trying to educate his readers, he is doing the literary equivalent of rowing upstream; instead of “bang bang,” he offers his readers Frantz Fanon.

Rubin’s narrative can at times feel choppy and baggy, the hallmarks of a too-indulgent editor, perhaps. But if Rubin does not produce Pulitzer-ready material on every page, he recognizes other writers who are masters of the word. One of the quotations in his book comes from James Baldwin, and though Baldwin wasn’t describing empire and war, his words fit perfectly into the final pages of Rubin’s memoir: “One of the reasons people cling to their hates so stubbornly is because they sense, once hate is gone, they will be forced to deal with pain.”