NYSE is partnering with an Israeli exchange, making it easier for Americans to invest in companies supporting Palestinian human rights abuses. 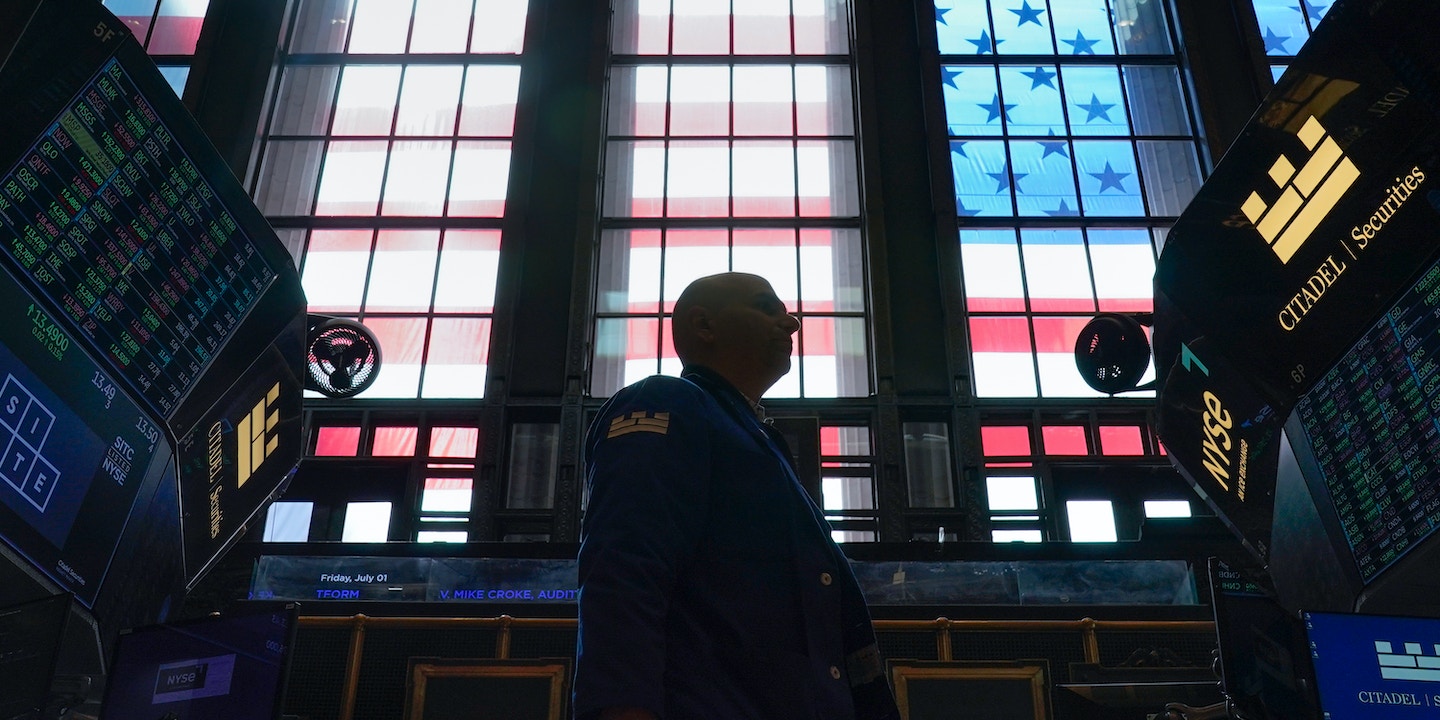 The move could allow American investors increased access to companies like the construction firm Ashtrom, which is currently listed on the Tel Aviv Stock Exchange and on a 2020 United Nations human rights office database of over 100 companies tied to the expansion of illegal Israeli settlements in the West Bank. To be included in that list, a company had to be engaged in supplying equipment used to destroy Palestinian assets including farmland and property; supplying transportation, utilities, or other support for existing settlements; or aiding in financial backing for settlement expansion or maintenance. Ashtrom, in addition to operating quarries in the West Bank, has helped construct housing in illegal West Bank settlements and prisons and military installments in the occupied territories.

Beyond dual listing, the memorandum signed between the two exchanges also lists the potential development of exchange-traded fund, indexes, and environmental, social, and corporate governance, or ESG products. The potential creation of ESG products is especially notable given that ESG funds, while offering groupings of socially responsible products, have also been used to greenwash companies with a track record of various abuses. At the same time, impact investing groups, like JLens, have gone on the offensive to attack ESG funds incorporating Israeli human rights abuses into their modeling.

While the vast majority of companies in the 2020 database are Israeli, a handful of U.S. companies made it onto the list, including Airbnb, Tripadvisor, Expedia, and General Mills. These companies are already listed on the New York Stock Exchange and Nasdaq. The memorandum will likely open U.S. investors’ access to Israeli companies also doing business in illegal settlements and bolster Tel Aviv listings through the institutional support and size of the New York exchange.

NYSE President Lynn Martin said in a press release that “our exploration of dual listings will provide investors with potential exposure to listed companies and economic activity in both markets. The importance of our global capital markets has never been greater, and we look forward to demonstrating what two great exchanges can accomplish when they work together.”

Dual listing is not a departure from standard financial sector norms. Tel Aviv has entered into similar agreements with exchanges like Toronto prior to the New York memorandum.

“The narrow framing of this is that it’s the perfect headline for those of us who would worry about a blending of the Israeli far-right and American-style finance capitalism,” Robert Hockett, a professor of financial and international economic law at Cornell, told The Intercept. “The New York exchange is the largest of them all,” Hockett said, “and is the most heavily traded exchange and is in that sense the largest capital market, so any firm in Tel Aviv will get a lot more access than it previously had.”

Despite the Biden administration’s official stance against illegal settlement expansion, as the U.N. was set to add more companies to its database last month, the United States began lobbying the human rights office to drop its bid to expand the list. Two American diplomatic officials, including Michèle Taylor, the U.S. ambassador to the U.N. Human Rights Council, told an Israeli ambassador they were pressuring the U.N. human rights chief Volker Türk not to add more companies to the U.N. database.

At the same time that the New York and Tel Aviv exchanges announced their collaboration, a coalition of far-right Israeli extremists seized power in the Knesset, Israel’s parliament. Fomented by Benjamin Netanyahu’s desperation to regain power amid ongoing corruption investigations, the new coalition of cabinet ministers has already engaged in egregious provocations against Palestinians and laid bare its intent to fully annex the West Bank.

Language from the coalition deal states that Jews “have a natural right over the Land of Israel,” and that “in light of our belief in the aforementioned right, the prime minister will lead the formulation and advancement of policies within the framework of applying sovereignty in Judea and Samaria.” Israel’s incoming tourism minister has vowed to accelerate annexation and Jewish tourism to the West Bank, describing Palestine as “our local Tuscany.”

The possible creation of ESG products referenced in the dual listing announcement also follows intense lobbying to ignore Israeli human rights abuses in scoring social impact of investments. In October, the financial services giant Morningstar bent to overwhelming pressure from powerful American Zionist groups like the Anti-Defamation League, the American Jewish Committee, and the Women’s Zionist Organization of America to remove Israeli human rights abuses committed against Palestinians from its methodology. A leader of ESG analytics, Morningstar and its subsidiary Sustainalytics committed to removing its Human Rights Radar service, no longer using the U.N. Human Rights Council as a source for its analysis, and abandoning terms relating to Israeli occupation of Palestine.

The ESG products that could emerge out of the dual listing memorandum hold the potential to mirror the principles of JLens, an investment advising fund now owned by the Anti-Defamation League that led the charge against Morningstar, leveling accusations of antisemitism.

“Dual listing serves the interests of Israeli companies and of the State of Israel by allowing companies to maintain a strong link to Israel and ecosystem it offers while benefiting from the upsides of listing on the world’s largest exchange,” Ittai Ben-Zeev, CEO of the Tel Aviv Stock Exchange, said in a press release. Ben-Zeev was previously executive vice president and head of Capital Markets at Bank Leumi, which is listed in the U.N. database of financial institutions supporting illegal West Bank settlements.