The NSA Has An Advice Columnist. Seriously.

An NSA official, writing under the pen name “Zelda,” has served as a Dear Abby for spies. One of her most intriguing columns responds to an NSA staffer who complains that his (or her) boss is spying on employees. 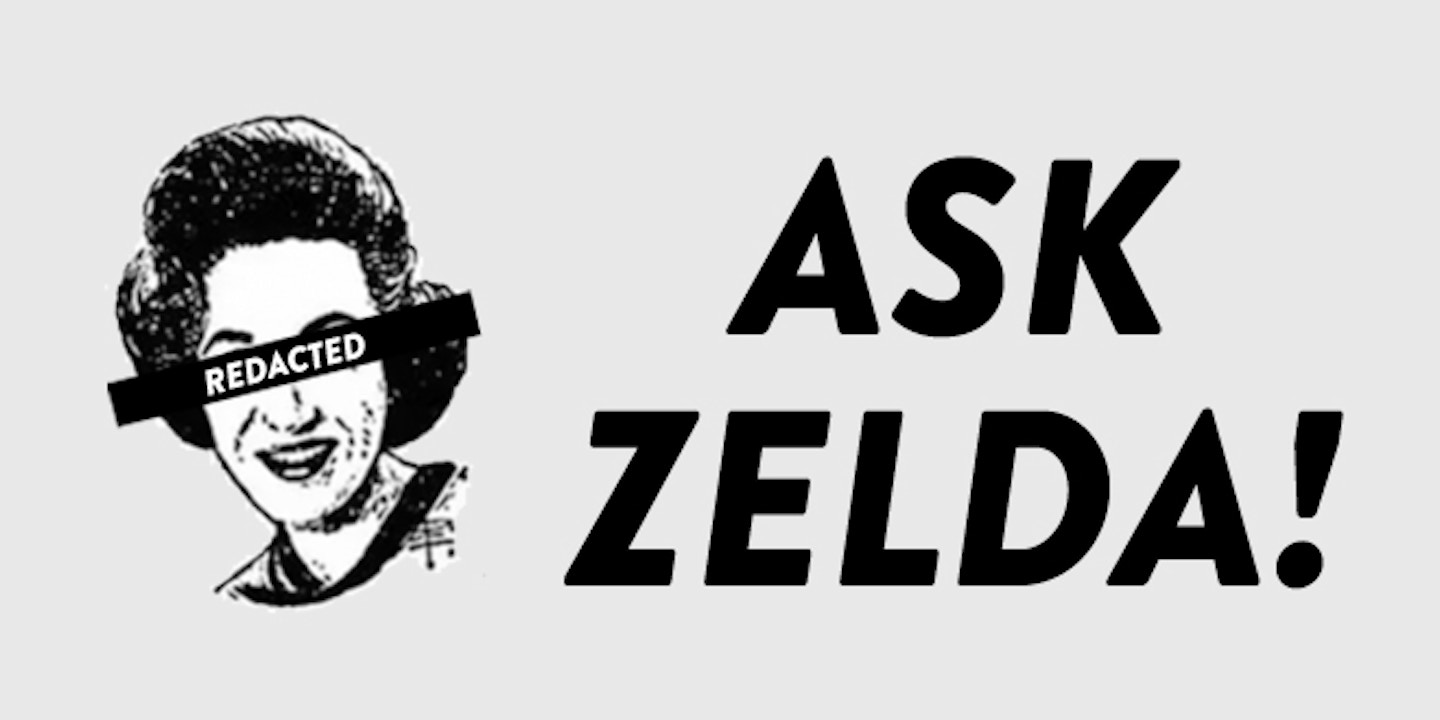 What if the National Security Agency had its own advice columnist? What would the eavesdroppers ask about?

You don’t need to guess. An NSA official, writing under the pen name “Zelda,” has actually served at the agency as a Dear Abby for spies. Her “Ask Zelda!” columns, distributed on the agency’s intranet and accessible only to those with the proper security clearance, are among the documents leaked by NSA whistleblower Edward Snowden. The columns are often amusing – topics include co-workers falling asleep on the job, sodas being stolen from shared fridges, supervisors not responding to emails, and office-mates who smell bad. But one of the most intriguing involves a letter from an NSA staffer who complains that his (or her) boss is spying on employees.

In the letter, which Zelda published in a column on September 9, 2011, the employee calls himself “Silenced in SID” – referring to the Signals Intelligence Directorate, the heart of the NSA’s surveillance operations. Zelda’s column, headlined “Watching Every Word in Snitch City,” offers an ironic insight into a spy agency where the spies apparently resent being spied upon.

Here’s the scenario: when the boss sees co-workers having a quiet conversation, he wants to know what is being said (it’s mostly work related). He has his designated “snitches” and expects them to keep him apprised of all the office gossip – even calling them at home and expecting a run-down! This puts the “designees” in a really awkward position; plus, we’re all afraid any offhand comment or anything said in confidence might be either repeated or misrepresented.

Needless to say, this creates a certain amount of tension between team members who normally would get along well, and adds stress in an already stressful atmosphere. There is also an unspoken belief that he will move people to different desks to break up what he perceives as people becoming too “chummy.” (It’s been done under the guise of “creating teams.”)

Surveillance tends to sow suspicion and unease among the people who are being surveilled. Is anyone listening? Who might be the spy among us? What trouble might I get into with the things I say? These questions can eat away at the core of human relations – trust. And this is true even at the agency that is conducting the surveillance.

We used to be able to joke around a little or talk about our favorite “Idol” contestant to break the tension, but now we’re getting more and more skittish about even the most mundane general conversations (“Did you have a good weekend?”). This was once a very open, cooperative group who worked well together. Now we’re more suspicious of each other and teamwork is becoming harder. Do you think this was the goal?

Wow, that takes “intelligence collection” in a whole new – and inappropriate – direction. …. We work in an Agency of secrets, but this kind of secrecy begets more secrecy and it becomes a downward spiral that destroys teamwork. What if you put an end to all the secrecy by bringing it out in the open?

Her column reads like an unintended allegory – or a cleverly masked one. The NSA’s own advice columnist explores the ways in which pervasive surveillance can erode freedom of expression and social cohesion by making it difficult for people to have faith in the privacy of their communications.

You and your co-workers could ask [the supervisor] for a team meeting and lay out the issue as you see it: “We feel like you don’t trust us and we aren’t comfortable making small talk anymore for fear of having our desks moved if we’re seen as being too chummy.” (Leave out the part about the snitches.) Tell him how this is hampering collaboration and affecting the work, ask him if he has a problem with the team’s behavior, and see what he says. …. Stick to the facts and how you feel, rather than making it about him (“We’re uncomfortable” vs “You’re spying on us.”).

There is no indication that Zelda is trying to make a larger point, but some of what she goes on to propose would be useful for ordinary citizens outside the agency who worry about government and corporate surveillance.

If you are bothered by snitches in your office, whether of the unwilling or voluntary variety, the best solution is to keep your behavior above reproach. Be a good performer, watch what you say and do, lock your screen when you step away from your workstation, and keep fodder for wagging tongues (your Viagra stash, photos of your wild-and-crazy girls’ weekend in Atlantic City) at home or out of sight. If you are put in the “unwilling snitch” position, I would advise telling your boss that you’re not comfortable with the role and to please not ask that of you.

Who is Zelda? And who is “Silenced in SID”? The document provides no information about the identity of the letter’s author; he or she could be almost anybody at the agency. In a previous column, Zelda explains that Ask Zelda! was initially intended as a forum for supervisors in the Signals Intelligence Directorate, but that non-supervisory workers began submitting questions, too.

A bit more is known about Zelda. Her introductory column, in 2010, identifies her as serving for approximately 20 years as “a first-line and mid-level Agency supervisor.” At the time her column began, she was also an adjunct faculty member of the agency’s National Cryptologic School. Her column was part of a regular NSA bulletin called “SIDtoday” that is distributed on the agency’s classified NSAnet. According to traffic statistics, in fact, Ask Zelda! quickly proved to be among the bulletin’s most popular features.

“We usually end the calendar year by providing a suspenseful countdown of the top dozen most widely read SIDtoday articles of the year,” noted a SIDtoday bulletin on December 27, 2011, “but this time around it is not really a nail-biter, because Zelda articles occupied all of the top five slots!” Her most popular article that year, about swearing at the NSA, received 19,446 hits.

“Since SIDtoday is like an online newspaper, we decided to follow the tradition of newspaper write-in advice columnists (such as Dear Abby and Miss Manners) and give me a nom de plume,” Zelda writes in advance of the first anniversary of her column. “I like it because using a pen name creates a persona who’s more memorable and accessible than ‘Ask Mary Smith, Chief of S456.’ Plus it creates a certain mystique about Zelda… she’s bigger than life. It also prevents me from getting inundated with hate mail and requests for advice outside of the column.”

Zelda can be a church lady. Her first column addressed employee attire in summer months, and she was not pleased. “Somehow, shorts and flip-flops don’t exactly convey the image of a fierce SIGINT warrior,” she writes. “Not only is beach attire unprofessional in the workplace, but in certain cases it can be downright distracting to co-workers (if you get my drift).” She recommends that offenders, who might be just out of college and not know any better, should be told to dress “in a professional manner” even when it feels like a swamp outside. This column received 9,186 hits by the end of 2010 – placing it number four on the list of most-read SIDtoday articles for the year.

But on privacy, Zelda is surprisingly liberal, given that the agency where she works spies on vast numbers of private phone calls, emails, texts, chats, status updates, webcams and address books. In a column titled, “Guilty Until Proven Innocent?”, Zelda responds to an NSA worker who goes by the pen name “Innocent Bystander” and who explains that a colleague has filed an anonymous complaint about their bosses, calling them “abysmal” and “idiotic.” Unfortunately, everyone believes that Innocent Bystander has written the complaint, and as a result, “The chill I’m feeling is pretty severe!” Anonymous complaints should be discouraged, Innocent Bystander says, so that innocent parties do not come under suspicion.

“You make a good case against anonymous mailbags,” Zelda replies, “but a lot of people won’t give feedback at all if they know it will be attributed to them. I believe scathing comments such as your co-worker’s are the exception and not the rule.”

Her response to “Silenced in SID” does not acknowledge the irony – or hypocrisy – of an employee at a spy agency complaining about being spied on. But Zelda directly addresses the long-lasting effects of inappropriate surveillance. “Trust is hard to rebuild once it has been broken,” she observes. “Your work center may take time to heal after this deplorable practice is discontinued.”

Documents referenced in this article: