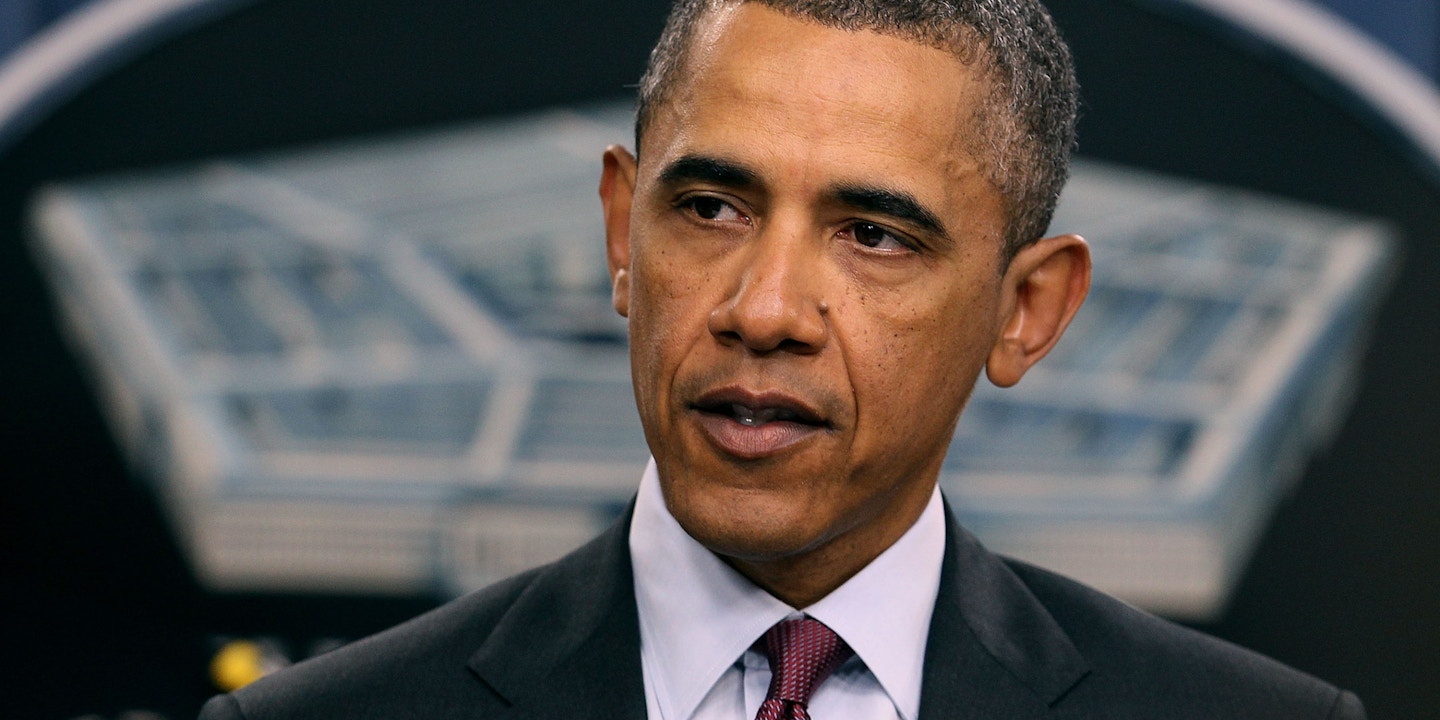 In the wake of our story this morning reporting on the FBI and NSA’s monitoring of prominent Muslim-Americans, a coalition of 44 civil rights groups organized by the American Civil Liberties Union has sent a letter to President Obama demanding  a “full public accounting” of the government’s “targeting of community leaders” for surveillance. Separately, the White House told the Guardian that it has asked the intelligence community to “review their training and policy materials for racial or religious bias” after we published an internal instructional memo that referred to a hypothetical surveillance target as “Mohammed Raghead.”

The joint letter, which also requests meetings with President Obama, Attorney General Eric Holder, and FBI Director James Comey, compares the surveillance detailed by the Intercept—including the monitoring of Nihad Awad, the executive director of the Committee on American-Islamic Relations—to the government’s history of spying on political dissidents:

In an earlier era, during the 1960s and 1970s, civil rights leaders, activists and members of minority communities were subjected to unlawful and abusive government surveillance based not on what they had done, but what they believed and who they were. Despite reform efforts, abusive practices continue today. Federal, state, and local law enforcement are targeting entire communities—particularly American Muslims—for secret surveillance based on their race, religion, ethnicity or national origin.

The White House didn’t immediately respond to the letter. But White House spokeswoman Caitlin Hayden told the Guardian that the administration takes the publication of the memorandum using an ethnic slur “extremely seriously”:

Upon learning of this matter, the White House immediately requested that the director of national intelligence undertake an assessment of intelligence community policies, training standards or directives that promote diversity and tolerance, and as necessary, make any recommendations changes or additional reforms.

An earlier response to the story by the Office of the Director of National Intelligence and the Department of Justice—which repeatedly refused to discuss the story with The Intercept prior to publication—denied that any individuals had been targeted for surveillance solely for political dissent or an ethnic basis and stressed that “with limited exceptions…intelligence agencies must have a court order from the Foreign Intelligence Surveillance Court to target any U.S. citizen or lawful permanent resident for electronic surveillance.”

Sen. Ron Wyden, long a critic of NSA policies, issued a statement describing the use of the term “raghead” in NSA documents “appalling,” and saying that the story “raises new questions about agencies’ internal oversight of domestic surveillance activities and the adequacy of protections for the privacy of law-abiding Americans.”

Rep. Keith Ellison, the first Muslim-American elected to Congress, released a statement saying that “an American’s faith does not give law enforcement reasonable suspicion to violate their constitutional rights.”

Correction: This post initially featured an inaccurate byline. It was written by Murtaza Hussain, not John Cook.