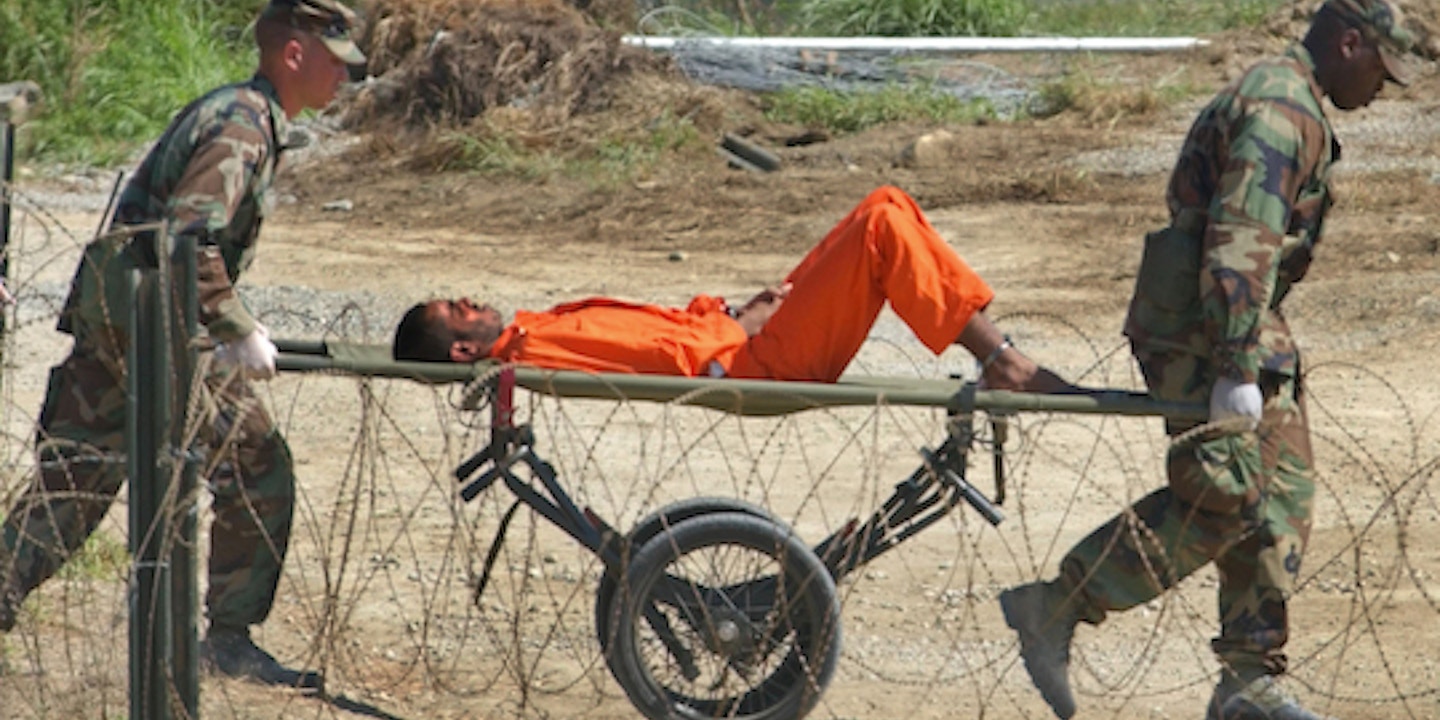 A new report from Amnesty International, prompted by President Obama’s recent acknowledgement that “we tortured some folks”, reminds us that you can’t say something like that — and then not do something about it.

One measure of a country’s failure to meet its international human rights obligations might be when its president acknowledges that country’s responsibility for crimes under international law that have been public knowledge for many years but still fails to take the required next step.

Damning. But it gets worse. As Amnesty puts it:

A further indicator might be if the president takes to issuing something akin to a plea for sympathy for the perpetrators, even as the government blocks remedy for the victims.

I understand why it happened. I think it’s important when we look back to recall how afraid people were after the Twin Towers fell and the Pentagon had been hit and the plane in Pennsylvania had fallen, and people did not know whether more attacks were imminent, and there was enormous pressure on our law enforcement and our national security teams to try to deal with this. And it’s important for us not to feel too sanctimonious in retrospect about the tough job that those folks had. And a lot of those folks were working hard under enormous pressure and are real patriots.

By contrast, what should he have said? In a nutshell:

…that torture is a crime under international law whenever and wherever it occurs, that every instance of it must be subjected to thorough investigation and that anyone responsible for authorizing or carrying it out, no matter their level of office or former level of office, must be brought to justice.

Amnesty International also calls attention to how wrong Obama was to characterize torture as an understandable error of judgment in the immediate wake of 9/11, by people who meant well. (“He even called us patriots!” John Rizzo, former CIA acting general counsel, kvelled afterwards.)

By contrast, the extensive paper trail that has emerged over the years is clear: The Bush/Cheney torture regime was “a chillingly detailed, planned and resourced operation incorporating systematic unlawful and criminal conduct stretching over years.”

If Obama really wants to prevent this from happening again some other time, Amnesty says, he needs to start by releasing the full Senate intelligence committee report on torture — not just the executive summary, but the whole thing, and without the redactions the White House proposed in early August.

As I wrote on Wednesday,  Senate intelligence committee chair Dianne Feinstein expects that she will be able to release the approximately 500-page executive summary of the 6,000-plus page report within two to four weeks — redacted, but not so redacted it isn’t “readable and understandable.”