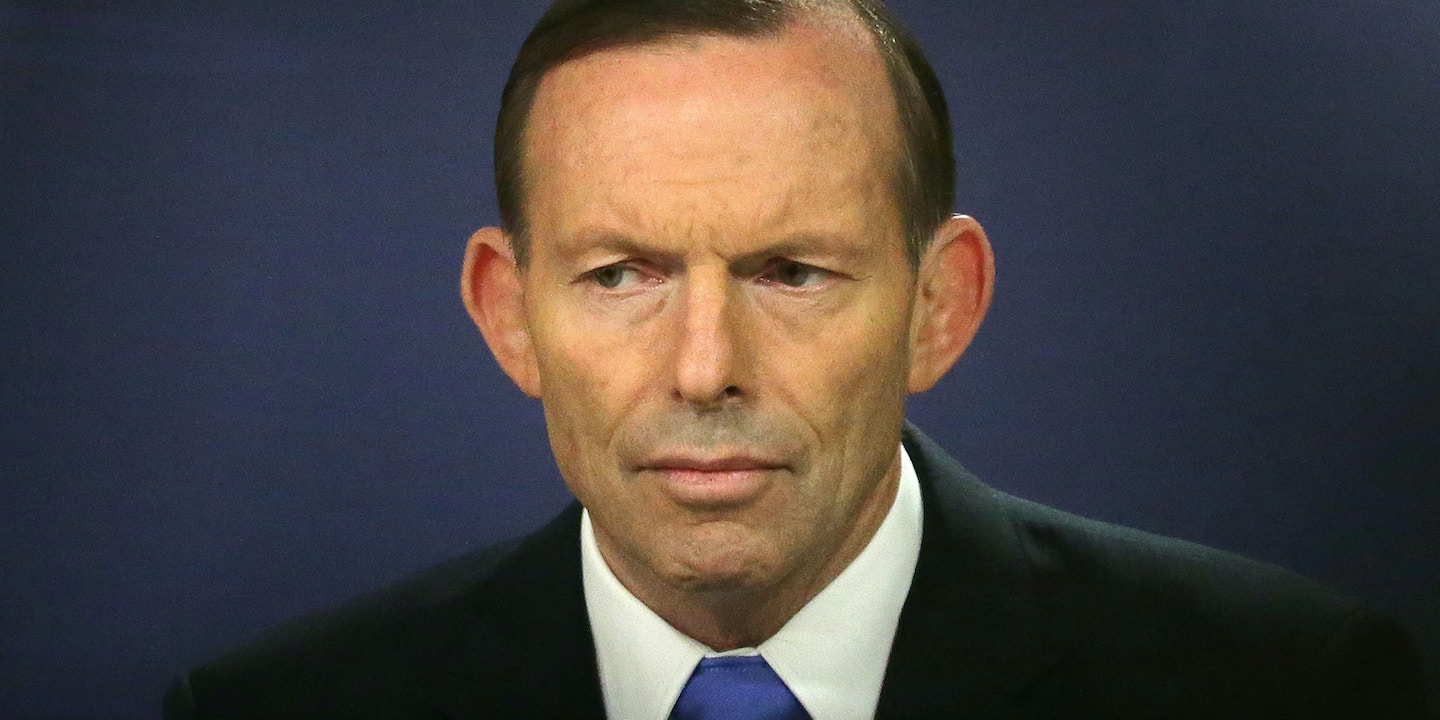 If you’re an Australian citizen, you have a greater chance of being killed by the following causes than you do by a terrorist attack: slipping in the bathtub and hitting your head; contracting a lethal intestinal illness from the next dinner you eat at a restaurant; being struck by lightning. In the post-9/11 era, there has been no terrorist attack carried out on Australian soil: not one. The attack that most affected Australians was the 2002 bombing of a nightclub in Bali which killed 88 of its citizens; that was 12 years ago.

The Australian government wasted no time at all exploiting this event to demand “broad new security powers to combat what it says is a rising threat from militant Islamists.” Even by the warped standards of the West’s 9/11 era liberty abridgments, these powers are extreme, including making it “a crime for an Australian citizen to travel to any area overseas once the government has declared it off limits.” Already pending in that country is a proposal by the attorney general to make it a criminal offense “punishable by five years in jail for ‘any person who disclosed information relating to ‘special intelligence operations'”; the bill is clearly intended to outright criminalize WikiLeaks-and-Snowden-type reporting, and the government thus expressly refuses to exempt journalists.

This morning, Australia’s Liberal Party Prime Minister Tony Abbott (pictured above), delivered a speech to the nation’s parliament that is a perfect distillation of the key post-9/11 pathologies of western democracies. It was a master class in how politicians shamelessly exploit terrorism fears to seize greater power.

Abbott assumed the grave demeanor and resolute tone that politicians in these situations don to convince others that they’re the modern incarnation of Winston Churchill: purposeful, unyielding, and courageously ready for the fight. He depicted his fight as one of Pure Good v. Pure Evil, and vehemently denied that his nation’s 10-year support for the invasion and occupation of Iraq plays any role whatsoever in animosity toward his country in that region (perish the thought!) (“It’s our acceptance that people can live and worship in the way they choose that bothers them, not our foreign policy”). And, most impressively, he just came right out and candidly acknowledged his real purpose: to exploit the emotions surrounding the terrorist arrests to erode liberty and increase state power, telling citizens that they will die if they do not meekly acquiesce:

Regrettably, for some time to come, Australians will have to endure more security than we’re used to, and more inconvenience than we’d like.

Regrettably, for some time to come, the delicate balance between freedom and security may have to shift.

There may be more restrictions on some so that there can be more protections for others.

After all, the most basic freedom of all is the freedom to walk the streets unharmed and to sleep safe in our beds at night.

With those scary premises in place, the prime minister proceeded to rattle off a laundry list of new legal powers and restraints on freedom that he craves. It begins with “creating new offences that are harder to beat on a technicality”, which he said is “a small price to pay for saving lives.” It includes brand new crimes and detention powers (“Legislation to create new terrorist offences and to extend existing powers to monitor or to detain terror suspects will be introduced this week”). There’s also this: “it will be an offence to be in a designated area, for example Raqqa in Syria, without a good reason.”

His Christmas list also (of course) entails vastly increased spending on security (“the government committed an additional $630 million to the Australian Federal Police, Customs and Border Protection, the Australian Security and Intelligence Organisation, the Australian Secret Intelligence Service and the Office of National Assessments…biometric screening will start to be introduced at international airports within 12 months”). And the government—already a member of the sprawling Five Eyes spying alliance—will vest itself with greater surveillance powers (“as well, legislation requiring telecommunications providers to keep the metadata they already create and to continue to make it available to police and security agencies will be introduced soon”).

The ease with which terrorism is exploited by western governments—a full 13 years after 9/11—is stunning. Americans now overwhelmingly favor military action against a group which, three months ago, almost none of them even knew existed, notwithstanding clear government admissions that the group poses no threat to the “homeland.” When I was in New Zealand last week for a national debate over mass surveillance, the frequency with which the government and its supporters invoked the scary specter of the Muslim Terrorist to justify all of that was remarkable: It’s New Zealand. And now the Liberal Party’s prime minister in Australia barely bats an eye as he overtly squeezes every drop of fear he can to justify a wide array of new powers and spending splurges in the name of a risk that, mathematically speaking, is trivial to the average citizen.

Political leaders love nothing more than when populations are put in fear of external threats. In that regard, these western leaders share exactly the same goal as ISIS: to terrorize their nation’s citizens by grossly exaggerating its power and reach. Any museum exhibit on the degradation of western behavior in the post-9/11 era would be well-advised to put Abbott’s full speech on the wall, as it illustrates the fear-mongering games and propagandistic tactics that have led to all of that.

UPDATE: A reader writes with an important clarification, supported by various media accounts:

Just one clarification on your article about the Australian ‘anti terror’ raids.

This despite the fact that the ‘threat’ was so high that the raids involved over 800 police.

A grand total of one person has been charged with terrorism-related crimes—one—and that has triggered a major fear campaign and a slew of legislative demands designed to dismantle basic legal protections. It is, indeed, a microcosm of a core disease of the 9/11 era.

Along those lines, The Guardian just reported that “a sweeping suppression order will prevent reporting of controversial preventative detention orders used in last week’s counter-terrorism operations indefinitely.” That “means details of the order will remain secret until a New South Wales supreme court judge rules otherwise.” Amazingly, “the judge’s ruling is so broad that a supreme court spokesman says even his name cannot be reported.” Like the US for the weeks, months, and even years after 9/11, Australia’s political system appears completely inebriated with hysteria, fear and power-hunger completely out of proportion to the ostensible risk to be addressed.