Are Palestinian babies actually babies? That’s been a surprisingly thorny question for the Israeli government this week. 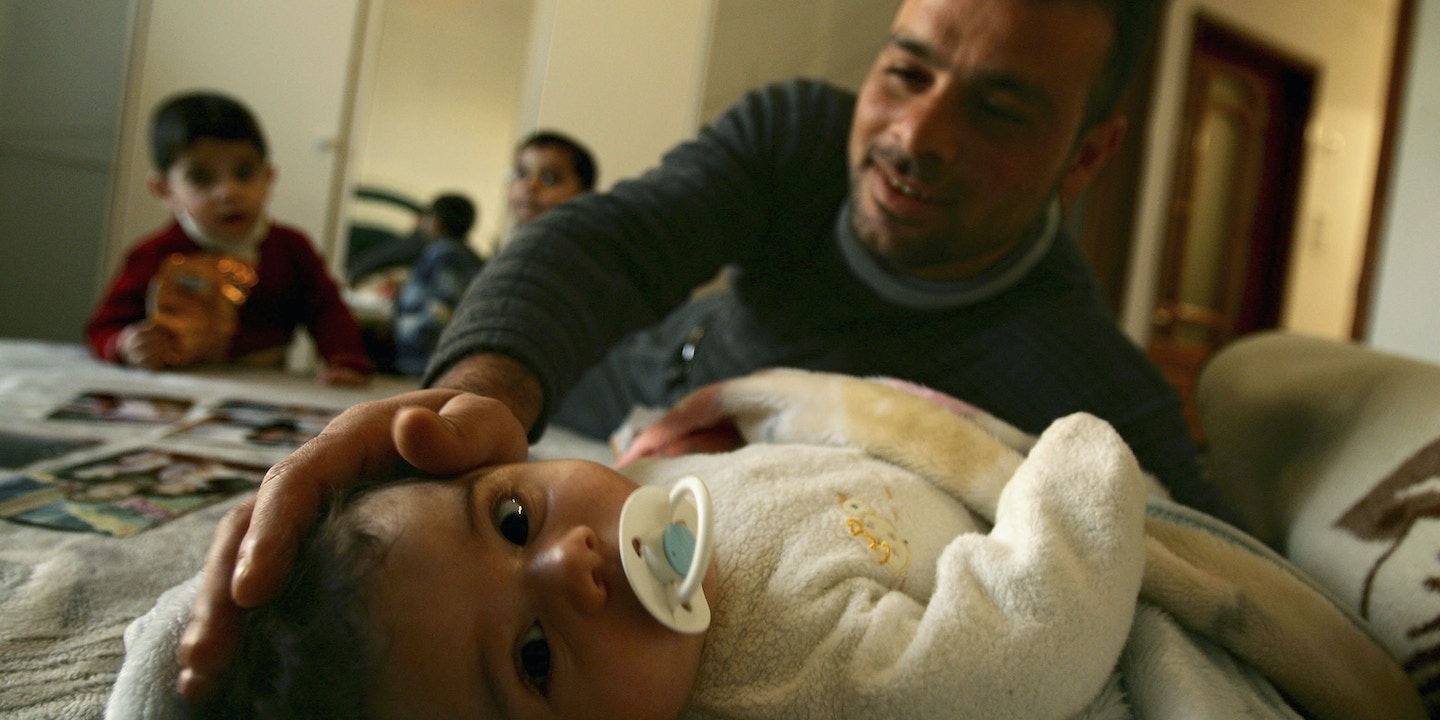 Are Palestinian babies actually babies? That’s been a surprisingly thorny question for the Israeli government this week, when the Population, Immigration and Border Authority at first declared the Hebrew name “Yosef” the most popular baby name for the past year, and then was forced to admit that the nation’s most popular name was actually “Mohammed” — assuming one includes Arab babies.

By their nature, babies are generally uninterested in politics. But in Israel’s highly-charged political environment, even infants are imbued with broader significance. For having the temerity to be born, Palestinian babies have been referred to by Israeli politicians as “demographic threats” and even “time-bombs.”

The rationale for this is the belief among many Israeli politicians that Jewish-Israelis must constitute a clear majority of the national population, and that any large increase in the population of indigenous Palestinian Arabs (already at 21 percent), sub-Saharan Africans, or other minority populations is potentially a threat to the “character” of the state. By this logic, the birth of a lot of baby boys named “Mohammed” and “Ahmed” within Israel is less a cause for celebration than for existential angst.

It was against that political backdrop that the government released a list of popular baby names this week that included only Hebrew names. After publishing the initial rankings, the Haaretz newspaper asked government officials why there weren’t any Arab names on the list. It turns out they had been excluded, and a new list was given to Haaretz. The Israeli government told the publication that its original decision to effectively exclude Palestinian babies from its list, released just ahead of the Jewish new year, was not done with any ideological intention in mind and that, “contrary to the assumptions of the Haaretz newspaper, there is no plot to deliberately hide information.”

The Population, Immigration and Border Authority certainly should have known its list would be controversial. In Britain, Mohammed has been the most popular name for newborns for several years, and that fact has been used as a rallying cry for ethno-nationalist movements which claim to be fighting to preserve a traditionally “British” identity. Like many Israeli political figures, these movements are often fixated on the birthrates of minority women in their midst.

But as the journalist Doug Saunders ably pointed out in his book “The Myth of the Muslim Tide” these fears of a demographic tidal wave are deeply misguided:

In 2010, if you combined all 12 spelling variants of the Islamic prophet’s name, “Mohammed” was more popular than any other name given to new babies. But that’s more a consequence of naming trends than anything else. In a great many Muslim cultures, all male babies are given “Mohammed” as an official first name. As a result, Mohammed manages to reach the Number 1 spot without being all that common — when combined, babies named after the Islamic prophet made up only 1% of British newborns in 2010.

In other words, whatever the official records may show, the State of Israel is not about to raise a generation of boys mostly named Mohammed. But on the other hand, so what if it was?