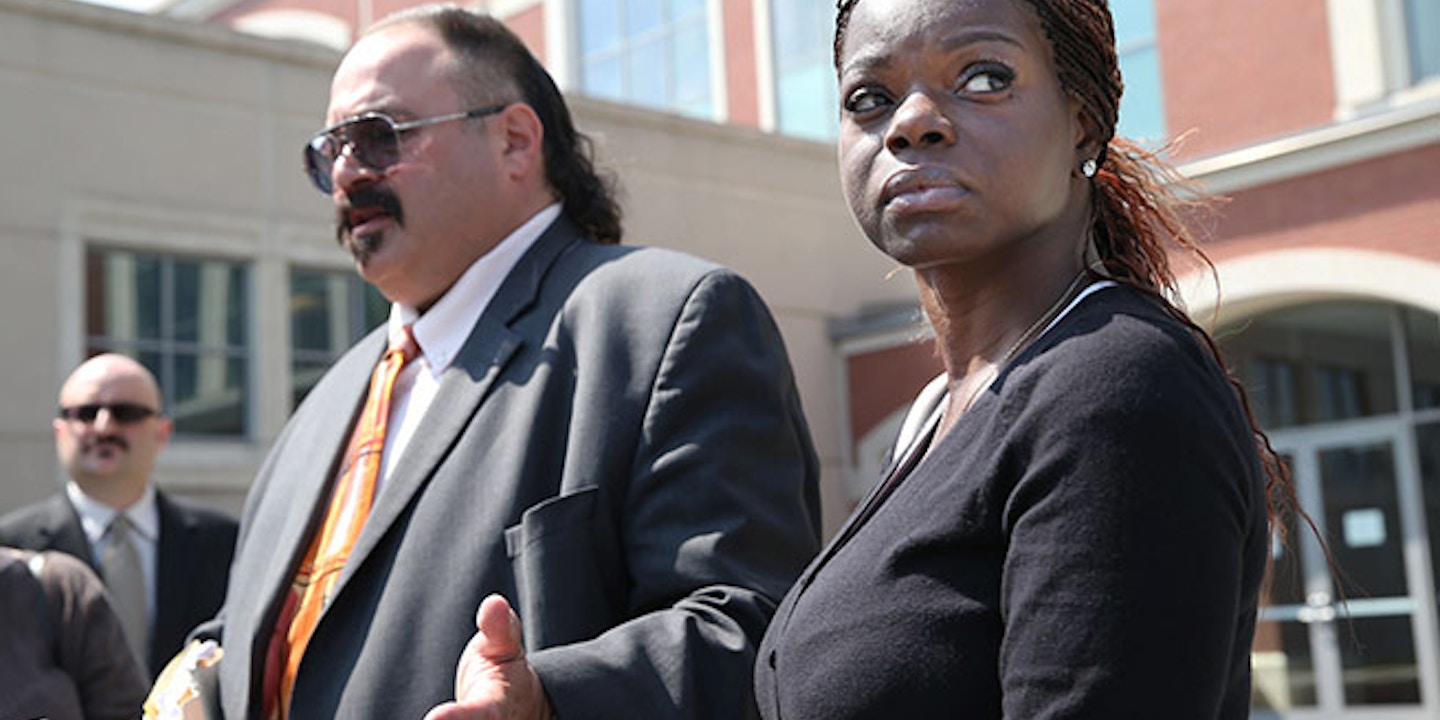 Allen, a 28-year-old mother of two, had purchased a gun to protect her family in the wake of two robberies. She did not realize, before getting pulled over for a traffic violation, that the weapon’s Pennsylvania permit was not valid in New Jersey. After telling the officer who pulled her over about the weapon, she spent 40 days in jail and faced a lengthy mandatory prison sentence. Atlantic County Prosecutor Jim McClain denied her entry into the state’s pretrial intervention program, even though McClain had allowed NFL player Ray Rice into that same program when he faced charges of violently assaulting his girlfriend.

It should have never reached this point in the first place.

But Wednesday afternoon, New Jersey acting attorney general John Hoffman delivered a letter to county prosecutors in his state, clarifying that state weapons laws should allow defendants like Allen access to those intervention programs. McClain subsequently said Allen would be admitted into the pretrial intervention program.

Hoffman’s letter, an analysis of New Jersey’s Graves Act, which imposes mandatory sentences on certain gun crimes, raises questions about the tough line McClain took with Allen. In addition to denying Allen’s application for pretrial diversion, McClain asked her to swallow a three and a half year prison sentence as part of a plea deal. But after canvassing the state’s 21 county prosecutors, Hoffman found that out-of-state residents found to be carrying weapons they can legally posses in their home state don’t generally go to jail and have been admitted to pretrial intervention programs.

“In most of these cases,” Hoffman wrote separately, “imprisonment is neither necessary nor appropriate to serve the interests of justice and protect public safety.”

The Graves Act says that prosecutors should consider the specifics of a case and not categorically deny defendants entry into pretrial diversion just because they are accused of a weapons-related offense with a minimum mandatory sentence.

In the wake of Hoffman’s letter, McClain’s office not only reversed its decision on Allen but also pledged to review other cases in which it denied pretrial intervention requests.

Thankfully a semblance of common sense arrived in time for Allen to avoid years of imprisonment and further separation from her children. But it should have never reached this point in the first place. Even one minute in prison was too much for Allen, let alone being locked up for more than five weeks before being released only on bail. And until major reform of prosecutorial behavior in America takes place, more alarming and irresponsible decisions that affect innocent, powerless people will occur.