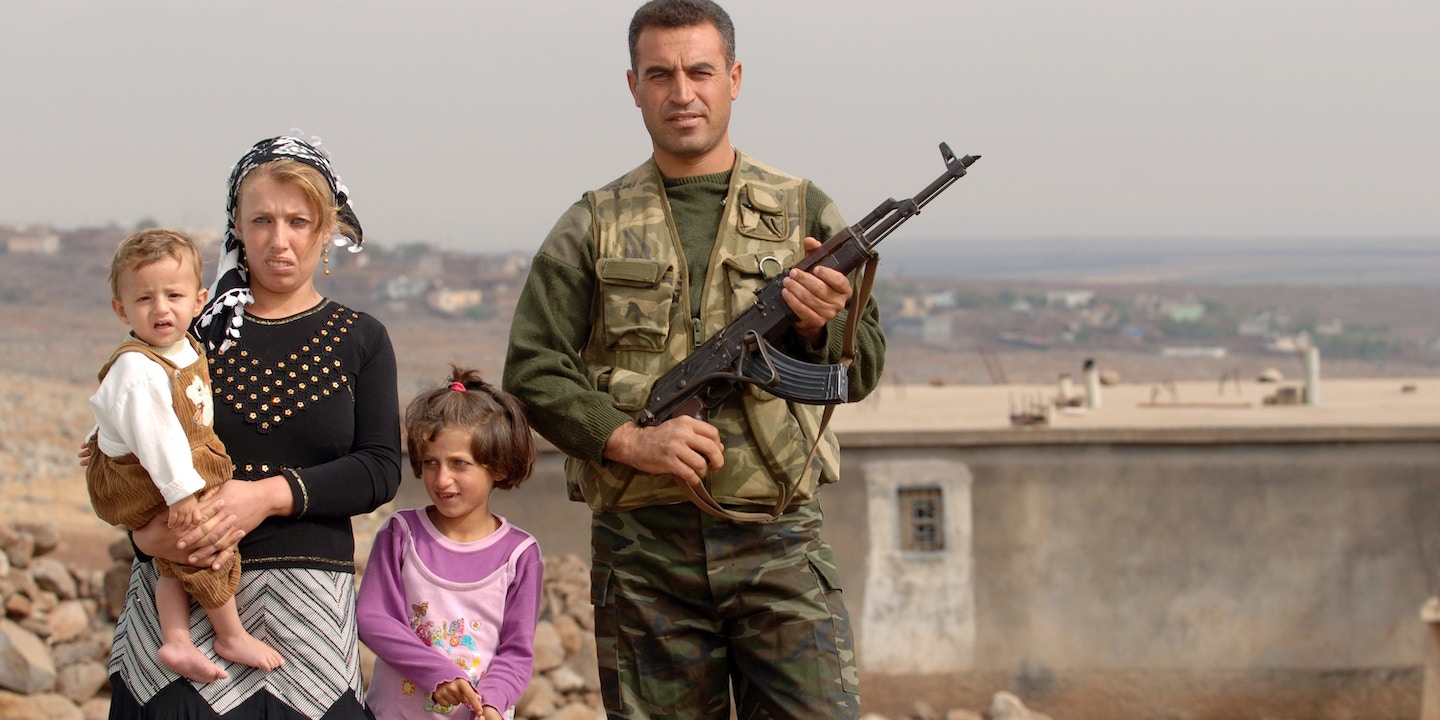 The militant Kurdish independence group, known formally as the Kurdistan Workers Party, suffered strikes from Turkish fighter jets against its positions in southeastern Turkey — even as PKK-linked forces battle Islamic State militants in and around the Syrian town of Kobani.

Turkey, whose conflict with the PKK stretches back three decades, was reportedly retaliating after shells struck a Turkish military base. Deadly riots have also broken out recently in Kurdish areas of Turkey, fueled by perceptions that the Turkish government has been colluding to undermine Kurdish factions fighting in Syria.

The PKK is officially designated as a foreign terrorist organization (FTO) by the United States. As reported previously by The Intercept, the NSA under both the Bush and Obama Administrations actively aided the Turkish military in targeting this group and has provided intelligence used to kill its members.

However, in yet another ironic twist to U.S. foreign policy in the region, this ostensible terrorist organization is now an important American partner in halting the expansion of the Islamic State, also known as ISIS. The PKK today in part represent the “boots on the ground” in Syria that many observers have said are necessary to any serious campaign to reverse the spread of this group. In other words, the Bush administration’s terrorist group has become the Obama administration’s freedom fighters.

Despite this, and despite facing a shared danger from ISIS, the PKK and Turkey have not been able to put aside their differences.  Indeed, their conflict appears to be escalating to new heights. These airstrikes represent the first major Turkish military action against the PKK in two years and are likely to generate further reprisals.

Though hugely counterproductive to containing ISIS, the Turkish strikes neatly illustrate how contradictory and incomprehensible American policy in the Middle East is right now. The United States would surely prefer that Turkey not bomb the PKK right now, but how can it object to attacking a group that the U.S. itself designates as a terrorist organization?

It would likewise be hard for the U.S. to publicly protect other key entities willing and able to fight ISIS, including Al-Qaeda-connected militants like Jabhat al-Nusra, paramilitary groups such as Hezbollah, or countries such as Iran, which is both the the only state to show a commitment to fighting ISIS on the ground and an official state sponsor of terrorism in the eyes of the U.S. State Department.

The U.S. has shown no real resolve in turning such groups into a real anti-ISIS coalition. Whatever American politicians may say in public, official U.S. policy toward the conflict in Syria largely amounts to “everyone’s a terrorist”. Recent American airstrikes reached beyond ISIS targets to other extremist groups, helping to unite against the U.S. various factions that had beforehand been at odds.

The people on the ground fighting ISIS today in Kobani are the same ones whose comrades were recently being described as terrorists and killed with the direct assistance of the NSA. Turkey’s airstrikes yesterday are simply a continuation of these policies, and the natural result of such designations. If the United States is serious about combating ISIS, it needs to look past its dated and counterproductive FTO list and start reevaluating who its real enemies are today.