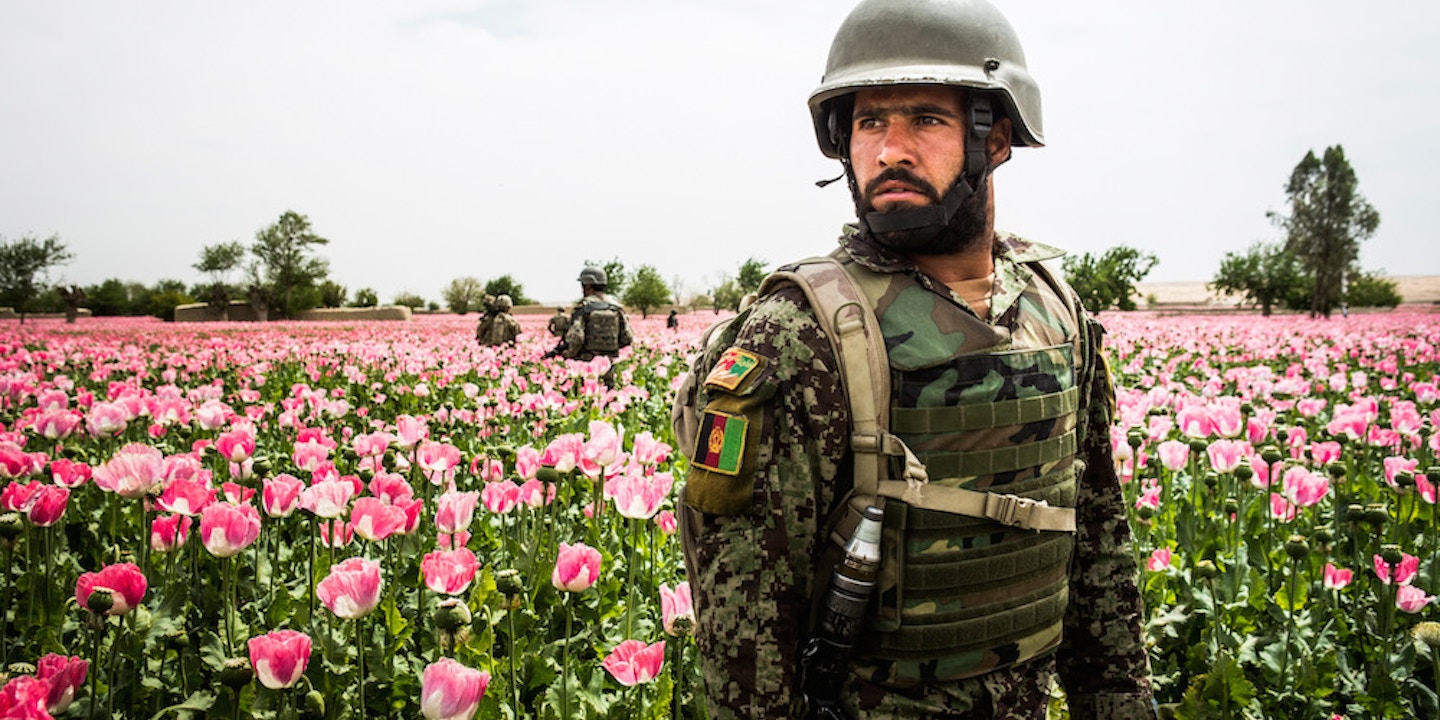 A new report has found the war on drugs in Afghanistan remains colossally expensive, largely ineffective and likely to get worse. This is particularly true in the case of opium production, says the U.S. Office of the Special Inspector General for Afghanistan Reconstruction.

In a damning report released Tuesday, the special inspector general, Justin F. Sopko, writes that “despite spending over $7 billion to combat opium poppy cultivation and to develop the Afghan government’s counternarcotics capacity, opium poppy cultivation levels in Afghanistan hit an all-time high in 2013,” hitting 209,000 hectares, surpassing the prior, 2007 peak of 193,000 hectares. Sopko adds that the number should continue to rise thanks to deteriorating security in rural Afghanistan and weak eradication efforts.

Though the figures it reports are jarring, the inspector general’s investigation highlights drug policy failures in Afghanistan that have been consistently documented for years. Indeed, Sopko himself has been raising concerns over the failing drug war in Afghanistan for some time. In January, he testified before the Senate Caucus on International Narcotics Control and described a series of discouraging conversations with counternarcotics officials from Afghanistan, the U.S., and elsewhere.

“In the opinion of almost everyone I spoke with, the situation in Afghanistan is dire with little prospect for improvement in 2014 or beyond,” Sopko told the lawmakers. “All of the fragile gains we have made over the last 12 years on women’s issues, health, education, rule of law, and governance are now, more than ever, in jeopardy of being wiped out by the narcotics trade which not only supports the insurgency, but also feeds organized crime and corruption.”

While many of the numbers included in the inspector general’s investigation have been made public before, the report serves as a reminder that, in addition to contributing to more than 70,000 deaths in Mexico over eight years, the bloody destabilization of Central America, and the expansion of the largest prison population in history in the United States, the ongoing U.S. effort to eliminate the market for illicit drugs at home and abroad is failing. Afghanistan is still considered the number one producer of opium in the world, responsible for as much as 90 percent of the market, which in turn supports the global heroin trade, even if only a small percentage of heroin from Afghanistan is believed to reach the U.S.

By June of 2014, U.S. departments and agencies — including the Pentagon, the State Department, USAID, the Drug Enforcement Administration and others — had spent a total of $7.6 billion to fight drugs in Afghanistan. Specifically, Sopko notes, the U.S. tax dollars poured into Afghanistan have been intended to support “the development of Afghan government counternarcotics capacity, operational support to Afghan counternarcotics forces; encouragement of alternative livelihoods for Afghan farmers; financial incentives to Afghan authorities to enforce counternarcotics laws; and, in limited instances, counternarcotics operations conducted by U.S. authorities in coordination with their Afghan counterparts.” The results, the inspector general points out, have left something to be desired.

Sopko reports that the resurgence in Afghan poppy cultivation has been driven by the high price of the crop, cheap and mobile labor, and “[a]ffordable deep-well technology,” which “has turned 200,000 hectares of desert in southwestern Afghanistan into arable land over the past decade.” According to figures from the United Nations Office on Drugs and Crime, from 2012 to 2013 the value of opium and the products derived from it increased by 50 percent, from $2 billion to $3 billion.

While U.S. efforts have failed to effectively diminish drug trafficking in Afghanistan, they have succeeded in making a handful of private security companies increasingly rich, a point that is not addressed in the inspector general’s report. In 2009, official responsibility for training Afghan police forces was shifted from the State Department to an obscure branch of the Pentagon known as Counter Narco-Terrorism Program Office (CNTPO), which took over the roughly $1 billion contract. In waging the privatized war on drugs, CNTPO has partnered with such corporate security giants as Raytheon, Lockheed Martin, ARINC, DynCorp and U.S. Training Center, a subsidiary of the firm formerly known as Blackwater.

With the pullout of U.S. forces looming — special operations units notwithstanding — the future of Afghanistan looks grim. Experts at the Afghanistan Analysts Network have noted the expanding power of warlords in Afghanistan’s rural regions. Meanwhile, security agreements between the Afghan government and the U.S. and NATO forces have avoided reining in CIA-backed paramilitaries that have shouldered much of the United States’ dirty work in the last 13 years of war. The rising viability of the opium trade, and the corruption it so often invites, adds yet another layer of complexity to an already fragile situation.

In his report, Sopko encourages the U.S. government and its coalition partners to look back on the years of counternarcotics efforts in Afghanistan and consider what today’s record high levels of poppy cultivation might suggest.

“In past years, surges in opium poppy cultivation have been met by a coordinated response from the U.S. government and coalition partners, which has led to a temporary decline in levels of opium production,” he writes. “However, the recent record-high level of poppy cultivation calls into question the long- term effectiveness and sustainability of those prior efforts.”